The latest addition to the Arrowverse, Superman and Lois is set to premiere on February 23, 2021. This is technically a spin-off of Supergirl, where Superman was often mentioned in the Season 1 but never shown. I thought they would remain coy about his appearance for the entire series, and so was quite surprised when they actually cast Tyler Hoechlin as Superman in Season 2 and started using him with reasonable regularity. Elizabeth Tulloch as Lois Lane was introduced during the “Elseworlds” crossover event in 2018 (her first appearance was technically on The Flash). And now here we are, they’ve got their own show.

The trailers give me some strong Man of Steel vibes:

SERIES PREMIERE - In SUPERMAN & LOIS, after years of facing megalomaniacal supervillains, monsters wreaking havoc on Metropolis, and alien invaders intent on wiping out the human race, the world’s most famous superhero, The Man of Steel aka Clark Kent (Tyler Hoechlin, “Teen Wolf”) and comic books’ most famous journalist, Lois Lane (Elizabeth Tulloch, “Grimm”), come face to face with one of their greatest challenges ever - dealing with all the stress, pressures and complexities that come with being working parents in today’s society. Complicating the already daunting job of raising two boys, Clark and Lois must also concern themselves with whether or not their sons Jonathan (Jordan Elsass, “Little Fires Everywhere”) and Jordan (Alexander Garfin, “The Peanuts Movie”) could inherit their father’s Kryptonian superpowers as they grow older. Returning to Smallville to handle some Kent family business, Clark and Lois are reacquainted with Lana Lang (Emmanuelle Chriqui, “Entourage”), a local loan officer who also happens to be Clark’s first love, and her Fire Chief husband Kyle Cushing (Erik Valdez, “Graceland”). The adults aren’t the only ones rediscovering old friendships in Smallville as the Kent sons are reacquainted with Lana and Kyle’s rebellious daughter, Sarah (Inde Navarrette, “Wander Darkly”). Of course, there’s never a dull moment in the life of a superhero, especially with Lois’ father, General Samuel Lane (Dylan Walsh, “Nip/Tuck”) looking for Superman to vanquish a villain or save the day at a moment’s notice. Meanwhile, Superman and Lois’ return to idyllic Smallville is set to be upended when both a mysterious stranger (Wolé Parks, “All American”) and impassioned self-made mogul Morgan Edge (Adam Rayner, “Tyrant”) enter their lives.

I think it’s interesting that they’re starting with Clark and Lois already married with children-- I know that some of the longer comic continuities eventually reached that point, but has there ever been a Superman story that started from there? It lets them tell new stories, but it also means that they’ll be limited in their ability to crib stories from a century of comic books.

The conceit in Supergirl, when they finally introduced Superman as a real, tangible character, was that he had already defeated all his main enemies, most significantly Lex Luthor. As Clark he had already won the heart of Lois Lane and revealed his secret identity to her. Most importantly, she had accepted him for who he was. In other words, Kal-El’s character arc seemed to be pretty much done. This was good for the purposes of the Supergirl series, where we couldn’t have another character outshining the titular character, but it wasn’t so good for making a standalone series. Giving him kids, teenage kids no less, and making Superman and Lois about the family is a pretty good take and something we haven’t seen on either the small or big screen. (Superman Returns was sort of headed in that direction, but we know how well that went.) Early reviews of the show are positive.

I think it’s interesting that they’re starting with Clark and Lois already married with children-- I know that some of the longer comic continuities eventually reached that point, but has there ever been a Superman story that started from there?

So presumably they resolved the whole tissue paper issue?

Lois and Clark went to Argos City, the last surviving fragment of Krypton where Clark would NOT have any superpowers, specifically so that Lois could have Clark’s babies.

So presumably they resolved the whole tissue paper issue?

I admit, I thought the exact same thing.

Giving this a bump to remind Dopers about the series premiere tomorrow. It will apparently be a two-hour event. The Pilot itself will be 1½ hours long to be followed by a ½ hour making-of or BTS documentary.

That was quite possibly the best pilot in the history of the CW Arrowverse. The cinematography was gorgeous. It was shot more like a movie; very like Man of Steel, as I said in the OP. Unlike Man of Steel it was written by people that understood how to write a good Superman story. You need confront the Man of Steel with challenges he cannot just punch into submission - a father having a heart attack, a mother having a stroke, a teenager having an anxiety attack. I hope the show maintains this quality going forward. 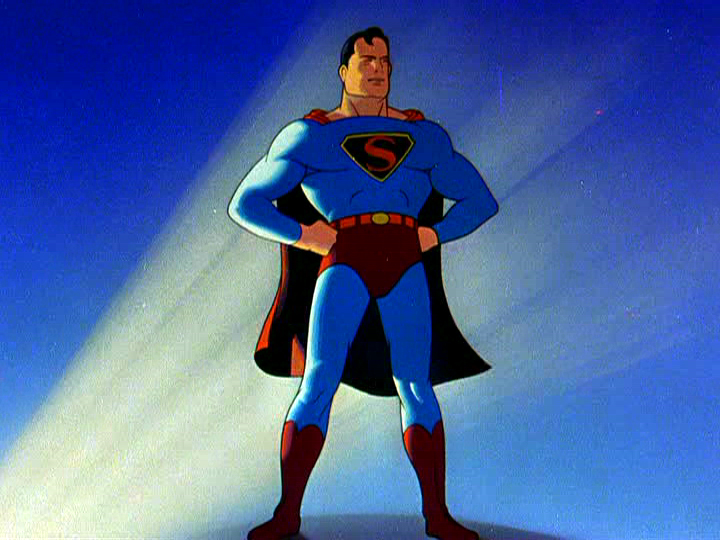 His mother made it!

What happened to Kandor?

The Arrowverse has yet to introduce the Bottle City. Neither have we seen Brainiac, for that matter.

I thought the show was pretty good overall. The best part of the CW superhero universe is the personal drama and in many ways, the setup is much like my favorite, Black Lightning, which deals with the issues of a superpowered family.

Only downer was the reveal at the end. I was disappointed they went that way – too obvious.

Only downer was the reveal at the end. I was disappointed they went that way – too obvious.

Especially since they already used him in Supergirl, played quite well by Jon Cryer, I might add. I’m going to guess they’ll not use Jon Cryer this time. This show seems to be recasting all the Supergirl characters - General Lane, recast; Morgan Edge, recast.

Well A Brianiac is on Supergirl.

Clark reveals that he and Lois are relocating to Argo City after learning that Lois is pregnant to ensure her safety during the pregnancy, Clark assuring Kara that he has faith that she can cope with her current challenges on Earth despite the rising anti-alien sentiment. Clark later proposes to Lois while on the way to Argo City. Lex later planned to use Claymore on Argo in order to destroy Superman only for Martian Manhunter and Dreamer to overload its core.

In season five, Superman and Lois Lane helped in the Crisis. When Earth-Prime is formed, Superman helped in the final battle against Anti-Monitor. In addition, he now has two children.

Really, Really enjoyed this. They did the Superman story right - Focus on the Clark Kent stuff to tell a story, and on his family, and the Superman issues are in the background.

I sure hope it keeps up the quality.

I’m out after one episode. I liked the Lois and Clark parts but the kids were so stereotyped it made my eyes roll. One blond, one dark. One athlete, one nerd. One popular, one unpopular. Ho hum. And I know I’ll get shit for this but watching TV you would guess 90% of kids have some kind of social disorder that they are medicated for. Like there wouldn’t be enough drama and conflict finding out your dad was Superman, so let’s add in some extra stuff.

Totally unsurprised which kid turned out to have powers, guessed that right away. Although twin 2 could just not be manifesting yet.

And what a crappy choice for a villain right off the bat, especially the new (to me) backstory.

Well A Brianiac is on Supergirl.

Yes, Brainiac-5 has mentioned his evil ancestor many times but the OG has yet to make an appearance.

Just wanted to say that as a superhero fan (since the 50s, whoa… now I feel old! Or just “Golden Age”), and a movie buff with ridiculously high standards…

Agree that the last reveal was disappointing. But less so than them making up a Brand New Big Bad (like they did for the Justice League “film”… I don’t even remember who that villain was, what he looked like, or ANYthing about his personality or motivation).

Totally unsurprised which kid turned out to have powers, guessed that right away. Although twin 2 could just not be manifesting yet.

They showed a brief shot of him as a kid, maybe 5 years old, who threw a football hard enough to snap a rope that looked to be about an inch thick.

It’s a lock that they both have powers, it’s just a question of which powers.

They showed a brief shot of him as a kid, maybe 5 years old, who threw a football hard enough to snap a rope that looked to be about an inch thick.

I totally missed that scene, sounds like you are right.

I totally missed that scene, sounds like you are right.

It was pretty brief, just a flash during the opening monologue where Superman brought the viewers up to speed.