Are you ready for the next season? Let’s go! 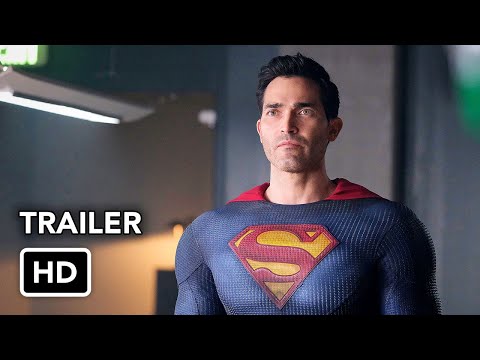 S02E01 What Lies Beneath

GREGORY SMITH (“EVERWOOD”) DIRECTS THE SEASON TWO PREMIERE - Season two opens with the dust still settling in Smallville following the shocking outcome of the confrontation between Tal-Rho and Superman. Lois and Clark struggle as a couple while Chrissy adjusts to running The Smallville Gazette with Lois. Jonathan faces new challenges on the football field, and secrets threaten to destroy Jordan and Sarah’s growing relationship. Meanwhile, Kyle grows concerned over Lana’s involvement with a new mayoral candidate. Lastly, John Henry Irons and his daughter Natalie attempt to make this new Earth their home.

Thanks for starting this, Looking forward to new episodes.
Brian

When the episode started, and Lois wouldn’t talk to Natalie or even talk about Natalie, I was concerned that the writers had fallen back on bad habits for the sake of some artificial drama. But it turns out Lois just needed some time to process the unexpected development, as indeed did Natalie. The writers thankfully reserved the teenage drama for the actual teenagers in the show. (Notwithstanding that the actors playing said teenagers are about a decade older than they’re supposed to be.)

Is it too late for Supes to trademark the House of El logo? Those DOD mooks running around with the <S> on their chests are going to be no end of trouble.

And the trademark issue would be an interesting one. One could almost call it public domain in that universe, but I’m not sure.

I want to know what John and Natalie have been doing for months.

Hanging out (just the two of them) in that RV? Traveling? What? If he knew he was going to enroll her in Smallville High (Clark knew, so it must not be a completely last minute decision) - why not spend a little time finding a place to live or getting her involved in the community somehow. Dropping her there on the first day of school seems like bad planning.

John enrolled Natalie at a high school in Metropolis - the parallel of the one she was enrolled in on their world. He did try to prepare her - we got a scene of dialogue between them about her fitting in, and she said she was ready. But in the event it turned out to be overwhelming for her, and she didn’t even make it through the first period. When she finally shows up after that disastrous first day, John clearly realizes it was a huge mistake. After that, and after Lois finally reaches out to Natalie, they make the last minute decision to enroll her at Smallville High, where she won’t have to deal with doppelgangers of her dead friends, and where at least the Kent Boys know who she really is.

Thanks - I missed that.

We got the scene of him saying that her friends wouldn’t know her before the school day and of him picking her up after, but I missed the location (I thought they were in Smallville the whole time). That could be due to cuts or it could be due to my inattention.

I wonder what (else) is in the streaming version that isn’t on air?

The OTA version established she was going to school in Metropolis.

I did like the drama. Natalie’s issues seemed very natural, as did Lois’s reactions. The best part of any superhero show or movie is always when they’re not superheroing.

I did not like the gung-ho army guy and his private soldiers. Too cliched and just a setup for fight scene, which I nearly always find boring.

just a setup for fight scene, which I nearly always find boring.

When an Inevitable Fight starts, I often say “Annnnd, fight scene…” in as bored a voice as I can, sometimes strolling to the kitchen for a snack.

With the genre of movies/TV shows I watch, I say it a lot.

Really liked the domestic argument between Clark and Lois - both sides have good points and no one is an idiot.

Also did you see Clark throw up his hands in frustration when Jon’s girlfriend said the exact thing that Clark said - but Jon accepted it from her? Hilarious!

PS. As @Dendarii_Dame mentioned to me as we watched this episode - it’s ridiculous to have the person in charge of US relations with Superman (or even US military relations with Superman) be a lieutenant. Seems like a much more important job than that. If Clark were a different kind of person, he’d be insulted.

The guy had three stars on his uniform, so he was a lieutenant general.

“I really hope somebody got fired for that blunder”.

On the same IMDB page, under “Goofs” it says

Several times Superman refers to Lt. General Anderson as Lieutenant…Lt. General’s are referred to as General or in formal settings, as Lieutenant General…NEVER Lieutenant. That’s a demotion.

Thank you again - I rarely scroll down to the “goofs” - I’m usually more interested in “Why does that guy look so familiar?” 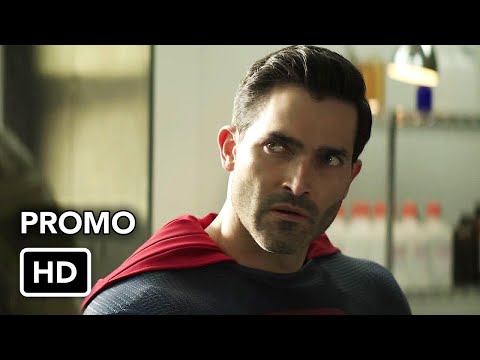 DAVID RAMSEY “ARROW” DIRECTS THE EPISODE - Clark opens up to Lois about his ongoing struggle with visions and admits that there is only one person who might be able to help. Meanwhile, Lana receives some unexpected news and tensions begin to rise between Lois and Chrissy. Lastly, Sarah breaks plans with Jordan to spend time with Natalie.