S01E12 Through the Valley of Death 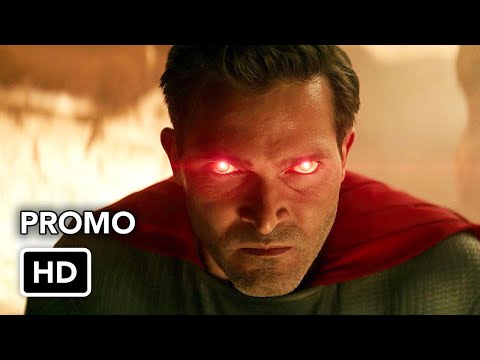 And so we discover Jonathan’s superpower – the ability to talk to people and get results. He gets it from his mother, I’m sure. Flash writers take note: That’s how you do a pep talk. Not some trite platitudes, but something that’s actually meaningful. And we don’t need them every episode either. Just once or twice a season when it really matters.

John Diggle’s appearance is this show’s first explicit connection to the rest of the Arrowverse. It was pretty low key, too, about on par with his appearance on the other CW shows. 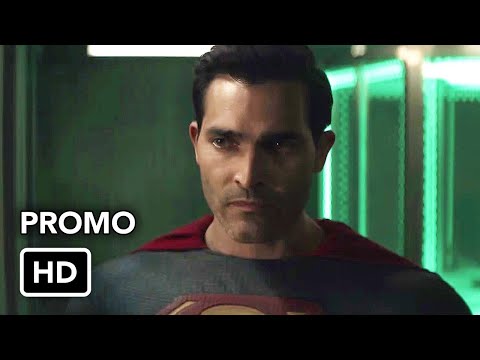 John Diggle’s appearance is this show’s first explicit connection to the rest of the Arrowverse. It was pretty low key, too, about on par with his appearance on the other CW shows

Yeah, that totally threw my previously posted theory out the window, regarding the possibility that the events of Superman and Lois have so far been taking place prior to the Crisis on Infinite Earths storyline. This means they definitely ought to be aware of Kara’s existence and the alternate history in which Lois fairly recently gave birth to their only child at Argo City.

LOVED the Lois plot about her journalistic integrity. I’m wondering if this is the first time she’s had to deal with hiding DOD stuff, rather than just Superman’s identity stuff.

LOVED that Jonathan saw through whats-her-face’s skulduggery. And just walked away.

Jordan’s advice, and the kiss, was sweet.

And I’m DAMN glad about Superman’s discussion about the weapons, and seeing their need. Very good, very rational.

And I’m DAMN glad about Superman’s discussion about the weapons, and seeing their need. Very good, very rational.

To quote myself from upthread:

Once, just once, I’d like a Superman to react to the “revelation” that the U.S. military/government has contingency plans to deal with him if he goes rogue* with a casual acceptance.

“I always thought you must have projects like this. I know how powerful I am. I know, better than anyone, how much of a potential danger I could be to everyone on Earth. Including your daughter. I don’t like it, but I understand why you feel the need for contingencies like this.”

Especially in a show like this, where Superman constantly being aware of having to earn the trust of ordinary humans is such a major character trait and plot point.

*or, y’know, defend the planet if other, less friendly Kryptonians ever show up, which is a thing that happens in almost all iterations.

I don’t get why General Lane was so ready to throw almost all of them away, though. With Diggle’s appearance, Superman & Lois is firmly placed on Earth Prime of the Arrowverse. Which means they’re in continuity with Supergirl, which has featured a small army of Kryptonian survivors. Or were all those episodes pre-Crisis, and in the new post-Crisis continuity, that never happened? Either way, between Superman, Supergirl, and Tal-Ro, they now know there are multiple Kryptonian survivors, and that one of the former ruling houses of Krypton is actively hostile to Earth - there could be more. And with Leslie Larr, they know there’s been at least one successful X-Kryptonite transfer - there could be more. It seems just plain stupid to get rid of Project 7734 and its stockpiles, and only keep enough to guard Edge and Larr.

Yes. Many main characters were acting like recognizable human beings (even the Kryptonians!). And the Lois/Clark dynamic stayed really, really good. And I like Jonathan’s choices this week - reasonably teenaged, but not stupidly so.

OTOH, there was the journalism stuff. All of the DC shows do journalism badly. But even there, Clark acknowledged that he and Lois had done some journalistically questionable things in the past. I loved that.
And everyone in Smallville blaming everything on Lana’s husband doesn’t make much sense (nor does looking for a job in the classifieds. I understand that it’s easier to film classified ads with red marker than a web search. But it’s 2021 - who the hell uses classifieds? Also, he’s a fire chief at very close to (if not over) 20 years - unions and pensions.

I don’t get why General Lane was so ready to throw almost all of them away, though.

Because when Lane said he was worried about them being used against his family he meant it?

In some continuities General Lane is adamantly anti-Superman. In THIS continuity he is pro-Superman. Aside from Clark being his son-in-law he seems to have genuine admiration and like for the man. And he’s the husband of Lane’s daughter. And now Lane has to worry about these weapons being used against his grandsons, one of whom has already been inadvertently injured by one. He’s admitted to major flaws as a father but that doesn’t mean he has no feelings.

I took it as Lane seeing how threatening these weapons are, how they can fall into the wrong hands, how they can be used by both bad guys and also how they can accidentally cause harm. Clark now sees and accepts the necessity of Humans being able to defend themselves against Kryptonians on their own.

I think this is why Clark wanted John Henry Irons to hold the key to 7734 - because Irons knows on a gut level just how freaking dangerous and overpowered Kryptonians are, Irons not only is willing to kill Kryptonians to protect Earth he has actually successfully done so and lived to tell the tale, but was also willing to refrain from killing Clark of this Earth. In fact, he’s now willing to work with Clark to take on threats. No one understands the threat of Kryptonians as well as Irons does, no one understands taking one on as he does, no one has more experience with those sorts of weapons in actual combat conditions than he does. He’ll be more objective than Lane, though, by virtue of not being related to the Kents in any way.

The downside is that Irons clearly is traumatized, probably suffers from all sorts of PTSD issues, and is grieving his family and his world.

In any other show, the defeat and incarceration of Morgan Edge would be the finale. They would mention that Leslie Larr was still at large and then maybe show a close-up of Edge’s glowing eyes as a stinger and setup for next season.

But this show kept right on going. They defeated Larr early on in the episode (loved Superman and Steel’s fist bump) and proceeded to show the fallout from the preceding events. A big change of pace, but it played to the show’s strength of portraying strong family dynamics – and, yes, the adults acted like adults and the teenagers acted like teenagers. Poor Jonathan can’t catch a break though.

I agree with Clark’s solution of handing the keys to Project 7734 to John Henry. In other continuities, Superman gave Batman some kryptonite, in the event that he (Superman) ever goes rogue. Batman is missing in this universe, so John Henry is filling that need. Clark trusts that he understands the danger and do the right thing should it become necessary.

Because when Lane said he was worried about them being used against his family he meant it?

Then he massively over-corrected. To give him the absolute maximum benefit of the doubt, I’m going to assume Astra and her Kryptonian army were retconned out of existence by Crisis. Even at that, Tal-Ro’s existence proves that other Kryptonians exist, and are actively hostile to Earth. It just seems actively stupid to assume there aren’t any others out there. And Tal-Ro did, in fact, turn Superman, even if only temporarily. Just assuming that could never happen again, or that Superman is always going to be able to come back before he levels a city, also just seems actively stupid.

Shutting down 7734 and getting rid of everything except what they think they need to keep Tal-Ro and Leslie Larr imprisoned seems not just dumb, but criminally negligent.

With all that being said, I did like that Superman was the one pushing for someone to maintain the 7734 weapons as a failsafe.

After sleeping on it, I realized my initial reply to you above was too sharply worded for what should be a friendly discussion of a fantasy TV show. And the points I made might be read as directed at you personally, which I didn’t intend. I apologize.

Let me just say, I personally think General Lane’s decision about 7734 was dumb, and leave it at that.

I’m so glad that Lois told Irons about Clark - if that went on too much longer, it would really make Irons look foolish not to figure it out. Not sure why Lana’s younger daughter hasn’t heard anything about the earth-shaking events in Smallville while she was away (after all the town is under military occupation, which is pretty noticeable)

Not sure why Lana’s younger daughter hasn’t heard anything about the earth-shaking events in Smallville while she was away (after all the town is under military occupation, which is pretty noticeable)

I’m not sure why they even have her as a character, and I think they’re in the same boat. I had actually forgotten all about her when she showed up again!

She was off with her Uncle Chuck Cunningham, visiting Lake Woebegone.

To tell the truth, this week’s episode missed telling the most interesting story - how a principal prepares a speech explaining that the town is occupied by the military because half their parents had been passed by aliens (or whatever the cover story was).

Poor Steel - Clark asked him to make “Killing Superman” his side hustle just after he retired.

Edge’s father should have been played by John Noble. 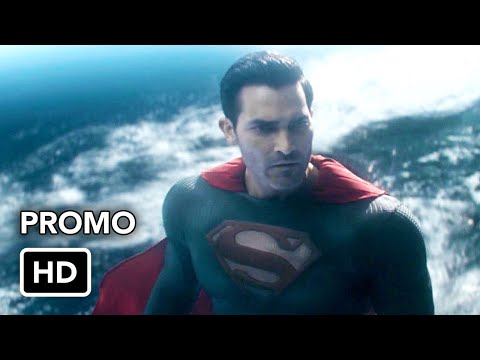 THE HEART OF SMALLVILLE - Lois is worried about Jordan as he and Sarah continue to grow closer. Meanwhile, Clark pays Lana a visit. Lastly, Jonathan has been spending more and more time with John Henry.

Looking forward to it.

I’m a bit annoyed at how often the series has been interrupted, but given the past year+ I’m more happy that they managed to produce it at all.

This is all I can think of when someone is named “The Eradicator”:

Next week: “My nephew is my father”. Don’t miss the season finale of The Flash Superman and Lois.

Speaking of The Flash, Jonathan’s lady friend is from Central City. She and her mom moved to Smallville after her dad got sent to prison…by the Flash?

Yep, I was wondering about the possible Central City/Flash connection.

Tal-Rho was going to steal Jordan for his father - don’t want to risk Zeta-Rho’s body rejecting him or blowing up or whatever.

This does give the Kents an out (presuming they get Jordan back) if Jordan slips up later with a Kryptonian power - oh, yeah, yeah, it was being possessed by Zeta-Rho, after effects, technobabble technobabble no we don’t know why no one else is manifesting powers after being possessed…

I did like the parallel of Lois Lane’s live broadcast in both worlds, and how they avoid her being killed off on the present Earth.