The Pointers are down a sister

June Pointer, of the 80s group The Pointer Sisters, has died.

Amazing, after reading that link I find that I know the words toa lot more Pointer Sister songs than I thought I did .

This makes me very sad. I was a fan from way back.

I liked their harmonies. They used to appear on the Carol Burnett Show–they were good and actually good comedic performers.

I’m so not excited.

The second to last paragraph seems extraneous to the story and kind of shits on the obit.

And for being the first black female singers to perform at the Grand Ole Opry. They won a Grammy Award in 1975 for Best Country Performance by a Duo or Group with Vocal for “Fairytale”.

And for being the first black female singers to perform at the Grand Ole Opry. They won a Grammy Award in 1975 for Best Country Performance by a Duo or Group with Vocal for “Fairytale”.

I remember this song and am astonished that it even got a mention it the obit. It was a great one–I remember my dad telling us all about this terrific new song by a group called The Pointer Sisters and how we all loved it when we finally got to hear it! But when they became such an 80’s pop icon, I would always get a blank look from people when I mentioned this tune.

Yeah, and they did some Bee-Bop and Jazz back in the early days, too. These cats were more than just an 80s Pop act. It’s a shame more people don’t realize that.

No Way!! Really? My toddlers are now watching SS videos & that bit, which I love, is included on a lot of them (notably Let’s Make Music featuring STOMP, released in 2000).

Anyway, so sorry to hear about her passing. Her music still brings me joy, That’s a Plenty is wonderful.

And yeah, tacky way to end an obit.

I had to order That’s a Plenty from Japan, BTW. Worth every penny. When Fairytale started getting a lot of play, people were amazed to learn that the singers were Black.

Updating this thread they are now down another sister: Bonnie died at age 69: 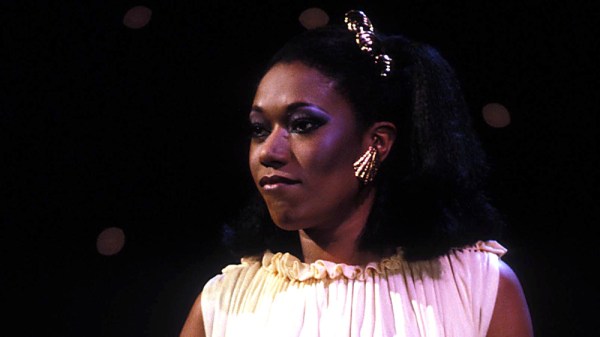 Bonnie Pointer of the Pointer Sisters Dies at 69

Bonnie Pointer, who rose to fame as a member of the Pointer Sisters, has died at age 69. A representative said the cause of death was cardiac arrest. “It is with great sadness that I have to announ…

That really blows. I remember being bummed in 2006, and now this. Time for a Pointer Sisters music listening session.

A relative of mine was Bonnie Pointer’s high school drama teacher. Actually he taught all of the Pointer sisters I think. I told him about her death today; he hadn’t heard about it. He says Bonnie was a very talented actress but very emotional and challenging to teach sometimes. She was still using her birth name “Pat” back then.