The U.K. receives less sunlight than almost all of the USA? 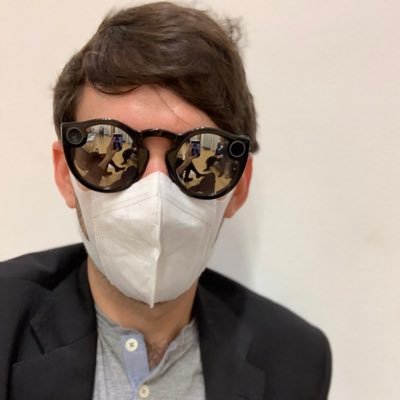 I assume it’s due to the very short hours of sunlight during winter days in the U.K. due to the northern latitude. Does cloud cover also factor in?

The Pacific Northwest in the USA has glorious summers with long days and winters that drag on forever, maybe you’ll see the sun around the 4th of July.

Columbus, Ohio doesn’t have extreme weather but seems to be covered in clouds from Halloween to Memorial Day.

All areas of the earth receive equal amounts of “daylight” per year, with different parts of the year varying how much they get per day. However different parts of the earth get more or less “sunshine hours” is the term that seems to be most commonly used. Sunshine hours refers to hours per year in which unobstructed sunlight hits–this is sunlight unobstructed by clouds.

I don’t know the specifics about the UK, but if it is cloudy more often than another place, it would receive less sunshine per year.

The tweet was not very precise in its language, it said “as little sun”, which could be construed various ways.

If you just count daytime hours, then the North Pole has the most sunlight (by some small margin).

As for cloud cover,

the southwestern US is pretty sunny; northwestern Europe is not. So it’s not a total lie.

I assume it’s due to the very short hours of sunlight during winter days in the U.K. due to the northern latitude.

But, northern latitudes also have more hours of daylight in the summer, as @Martin_Hyde points out, hours of daylight for the year as a whole are going to be essentially equivalent, regardless of latitude. So, it sounds like, if the claim is true, it’s due to cloud cover.

I have several friends who grew up in the British Isles, and they have told me about how it was, in fact, frequently cloudy (and wet), and that bright, sunny days were a treat (so, perhaps, not unlike the legendary cloudy/rainy weather in the U.S.'s Pacific Northwest). Given that, I wouldn’t be surprised if the U.K. is, on average, cloudier than the U.S.

But, northern latitudes also have more hours of daylight in the summer

But “hours of daylight” isn’t just the only measure. The angle at which the light comes in matters as well. See this article on solar insolation as a function of location:

Insolation over the Globe

Essentially, the same amount of solar energy is dispersed over a larger area when it hits at an angle as opposed to straight down. Even on the summer solstice, in northern latitudes, the sun is noticeably at a lower angle in the sky.

This reminds me of an old (fiction) book about WWI where a U.S. Soldier complains about the rain in Britain and a British person responds with “Better that than your beastly sun.”

By the way, the title of the book is “From Baseball to Boches”

The gulf stream makes Europe significantly warmer than the latitude suggests and this trips a lot of people up. Rome is at the same latitude as New York, Paris is more north than all of Maine. So like, of course most of the US is at significantly sunnier latitudes than the UK.

By time, but not per unit of surface area.

The angle at which the light comes in matters as well.

Right. I mean, there’s a reason we grow bananas in the middle and the top and bottom are covered in ice. So latitude is certainly relevant.

I cannot vouch for the Internet, but a quick Google turned up these pages:
Average annual sunshine by city (US)
Average annual sunshine by city (UK)
Checking the figures, all US cities listed (including Seattle and Columbus) receive over 2,000 hours of sunshine yearly, the low point being 2,021 for Pittsburgh.
None of the UK locations listed receive as much as 2,000 hours, the high score being 1,888 for Eastbourne (and the lowest 1,110 in the Shetlands) .

So if the tweet refers to direct sunshine (rather than daylight hours) it is quite likely correct.
The difference would be cloud cover - days where the Sun is a slightly lighter patch in the overcast are very common in Britain.

I cannot vouch for the Internet

Columbus, Ohio doesn’t have extreme weather but seems to be covered in clouds from Halloween to Memorial Day.

Fie on you for this exaggeration.

That’s only the case until April Fool’s Day.

I’ve just quickly looked at the average annual precipitation totals for various places on Wikipedia, and even Manchester, which is seen as a rainy place, gets less annual precipitation than Seattle. London, Bristol, Edinburgh, Dundee, Aberdeen, Birmingham (West Midlands) and Liverpool all have lower totals.

It’s only places that have extensive hills immediately to the west that have higher totals than Seatlle, such as Cardiff, Glasgow and Huddersfield.

The figures for NYC and Philadephia are right at the top end of this list - New York’s figure is almost exactly the same as Glasgow’s.

This would be the Aberdeen in Aberdeenshire, not the one in Washington state!

Seattle is 47° North. Truro, the most southern mainland city in the UK, is 50° North.

Regardless of clouds, Truro gets less sunshine per unit area than Seattle. End of.

The tweet linked to in the OP is part of a thread. The first tweet contains two maps of sunlight hours, one for Europe, one for the US:

@alexhern
Americans simply cannot conceive of how gloomy Europe is

So even disregarding latitude effects, it looks like most of Europe gets fewer hours of sunshine than most of the US.

Regardless of clouds, Truro gets less sunshine per unit area than Seattle. End of.

Did you mean sunlight?

Yeah, sunlight is more accurate. That is the word used in the title of the thread, after all.

The tweet linked to in the OP is part of a thread. The first tweet contains two maps of sunlight hours, one for Europe, one for the US:

Ignoring the two maps having incomparable scales and color coding, the comments to the article correctly point out that this is almost entirely due to latitude effects. Rome gets about the same number of sunlight hours as New York and they’re on the same latitude. I wager if they extended the Europe map south, you would see Phoenix getting about the same sunlight hours as Marrakesh,

You see, this is one of those myths, reinforced by every film or TV show that features a clip of London showing someone ducking out of a cab in a complete downpour. London gets less rain than New York, Miami or… Seattle.

But I think the myth is possibly born out of the fact that we do, indeed, get a lot of cloudy days. So it often feels like it might rain, even if it doesn’t. That, or we enjoy moaning about the weather, and so the myth persists…