It’s not a lane for you to pull out into and wait for traffic to clear. If you can’t make a complete left turn into traffic, then don’t pull out.

Do you mean traffic to your left, or do you mean oncoming traffic?

If you mean traffic to your left, which is backed up and preventing you from being able to pull into that road, then agreed. If you mean oncoming traffic, then that is not correct. One car should (in most if not all states) lead out into the intersection past the white line, and may turn after the light turns red.

This is one of those things that I really wish I shouldn’t need to tell the car in front of me as we sit through multiple light cycles without them going.

I had someone actually tell me, “My friends don’t even know I smoke.” Oh, yes, they do.

Also, the left turn lane is for people making a left turn off of the street. It’s not a lane for you to pull out into and wait for traffic to clear. If you can’t make a complete left turn into traffic, then don’t pull out.

This. It freaks me out when someone comes barreling left out of a parking lot when there’s clearly no room for them to merge, and it looks like there’s going to be an unavoidable collision—and then it turns out that they’re merely heading for the center lane, where they’re going to hang out until traffic clears. FOR THE LOVE OF GOD, DON’T DO THAT!

I had someone actually tell me, “My friends don’t even know I smoke.” Oh, yes, they do.

And then there’s “I only smoke sitting by my open living room window. My house doesn’t smell a bit”

I’m not talking about at an intersection, I’m talking about a center lane in the road that is clearly marked for making left turns into store parking lots or whatever.

Around here people who are making a left turn out of a parking lot will pull out into the center left-turn lane when traffic to their left is clear, even though there is still traffic coming from the right. Then they will just sit in the center lane with their right blinker on, waiting for the traffic coming up behind them to clear until they can finally merge in. That’s not what those turn lanes are for, and I’ve seen cops pull people over who do this.

That happens here, too. People use the center turning lane as a merging lane.

I think they’re talking mostly about people who usually drown themselves in the stuff. Not just a tiny little dab.

Don’t blast your car stereo at 12 am.

I think they’re talking mostly about people who usually drown themselves in the stuff. Not just a tiny little dab.

That’s directly contrary to what they actually wrote:

Seriously. Don’t wear it at all, including using soaps and shampoos and lotions that are scented. [emphasis added]

If the inside lights are on (as can be seen through the windows), it makes it look like people live there.

This. We leave one of our living room lights on. It really makes it look like we’re home.

And on a different topic: Turn on your directional signal BEFORE you turn. It’s supposed to be a warning. What’s the point of turning it on after you’ve started to turn?

What’s the point of turning it on after you’ve started to turn?

As a m/c rider when I was younger, I’m tolerant of people who indicate after turning or changing lanes. I already know they can’t drive safely: that’s a starting assumption for a m/c rider. It’s considerate of them to indicate after changing lanes, to indicate that they intend to stay in the new lane – not merely drifting across the road. Not legal, but as a m/c rider, you can’t expect car drivers to be legal. Or at least, not when they are the only non-invisible road users on the road.

When I’m about to change lanes and I turn on my turn signal, that’s not an invitation for you to speed up and pass me.

I don’t know where you are getting this from, but I think you are wrong, and these guys do, too: 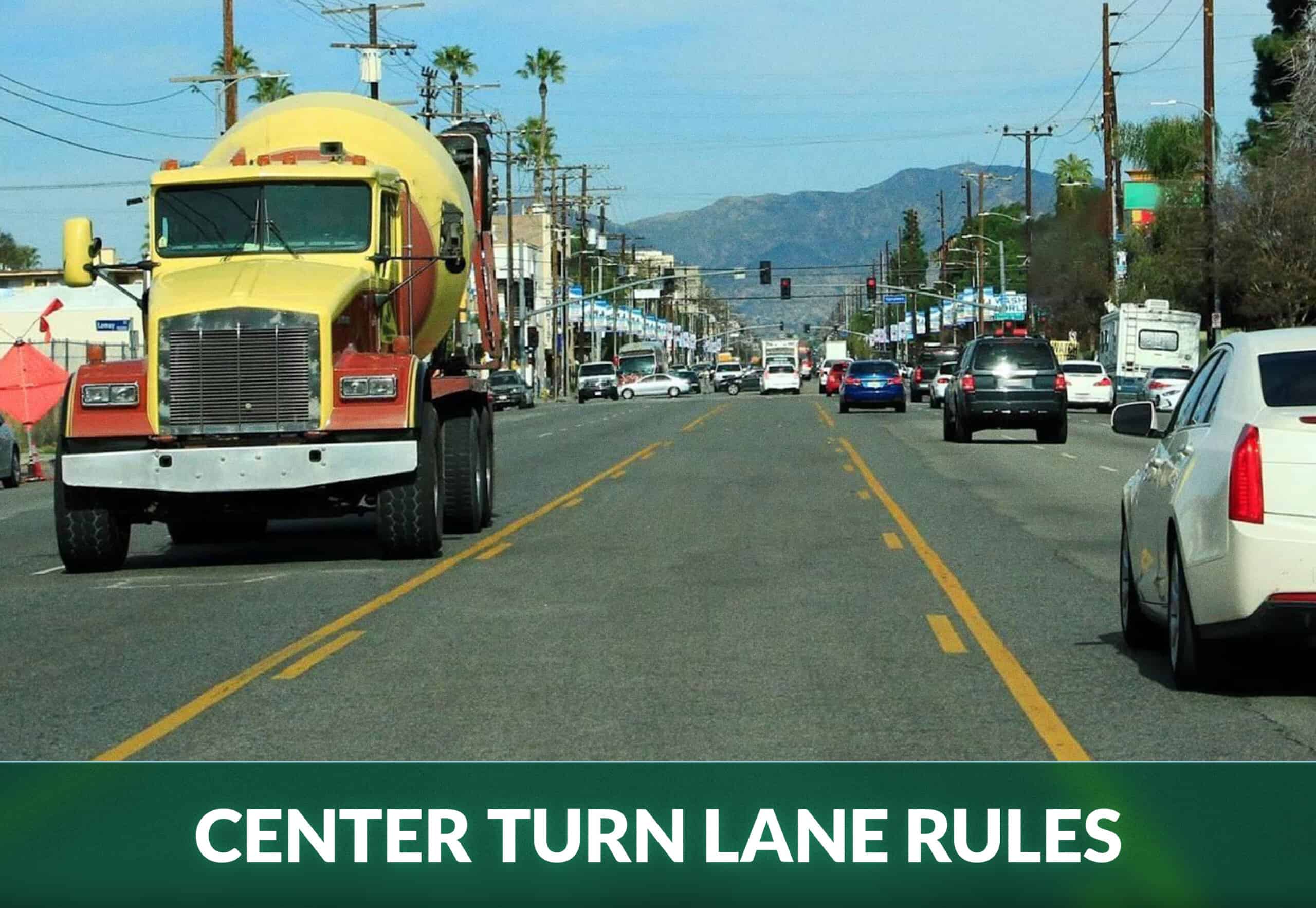 Gerber Injury Law has a team of experts who can help if you should be a victim of someone not obeying the center turning lane laws. If you’re needing a Phoenix accident lawyer, please call us today!

It’s illegal in Missouri to do so, not sure about other states.

I guess I misunderstood. In the post I responded to, you called it a left turn lane, which is a dedicated lane for the traffic on that side of the road to get into to turn left at the next intersection. You were actually talking about the center turning lane, often known as the “suicide lane”, that lane is shared by both directions of traffic to make left turns.

In any case, it seems that it may vary state to state. I think the universal rule is that you cannot accelerate or travel in that lane, but using it to wait for a gap in traffic seems okay, so long as you are not moving, at least here in Ohio.

When you are turning into the center lane from a side street, wait until there is a break in the traffic, and then turn into the lane. Pause once again to reassess the traffic situation. Once you are sure it is safe, you may merge into a regular lane. There, isn’t it nice to be regular again?

I didn’t do an exhaustive list, but in Arizona, according to @beowulff 's link, and California as well, I see that this is legal. The only place I found it to be illegal was Michigan, and Missouri, according to @GaryM.

I have to admit that I do this, as otherwise, turning left out of a few places would be more or less impossible.

I don’t know where you are getting this from, but I think you are wrong, and these guys do, too:

It may indeed be legal, at least in some places. That doesn’t mean I have to like it. I hate it and I wish people wouldn’t do it.

Yeah, and I wish that traffic wasn’t so heavy that it wasn’t necessary to use the suicide lane for making left turns from a side street.
But, it is, and I do.

So, that would be more of a “Entirely Benign, Appropriate Things That Make You Seethe” than something that you shouldn’t need to tell people then?

Thank you for the information about center left turn lanes. I remember discussing this in driver ed mumble-mumble years ago, and our instructor told us that the law on the practice of pulling into the lane from the opposite side of the road - was still being decided.

But, I think I have that one beat. Many years ago I was a passenger being driven in Michigan’s Upper Peninsula. Think two-lane country roads. To make a left turn, the (native) driver PULLED INTO THE LANE FOR OPPOSING TRAFFIC".

After I came down off of the roof, he explained it was considered common courtesy to do that when there was no traffic coming - it allowed the people behind you to continue on their way without having to slow down.

I guess that I DID need someone to tell me about that.

Add me to the “Leave a porch light on all the time” list. But I totally agree that the great diversity of people and surroundings means that there is no one single “right way.”

I live in a relatively urban part of New Jersey, so I have had front and back porch lights burning for over twenty years, non-stop. The wasted energy was eased somewhat when I switched from incandescent to compact fluorescent, and then again when I went from CF to LED.

Most of my neighbors leave theirs on too. My preference is that they use warm light though–cool white is an ugly color at night.

If I lived in a quiet town in Minnesota, I imagine my opinion would be different.

And back to the topic:

Some months back I was out for a run in our local park. This is a large park with hiking trails and a big playground and such. As I made my way back home I noticed the slightly pungent note of cigar smoke hanging in the air.

3/4 of a mile later I passed by the owner of the cigar. I was tempted to tell him I had been following his trail for almost a mile, but figured he would take it the wrong way.

That was a cigar, but even cigarette smoke carries pretty darned far.