Umbrella Man is a Hell's Angel and not Antifa

From AP: "Police say a man captured on surveillance video breaking windows at a south Minneapolis auto parts store in the days after George Floyd’s death is a Hell’s Angels member who was bent on stirring up social unrest.

Dubbed “Umbrella Man” for an all-black getup that included hood, gas mask and black umbrella, police say the man’s actions soon led to an arson fire that was the first of several that transformed peaceful protests into chaos."

Sooooooo, hopefully this educates some of the folks on this board that blamed Minneapolis on Antifa. And realize just 'cause you wear black, doesn’t make you anything beyond someone wearking black.

That can’t be true. I have it on good authority that the man was an Black Bloc Anarchist.

Yeah, but I saw a vid of what was clearly a Black Bloc Anarchist, in all black, body armor and gas mask, calmly walked down a row of windows, smashing them, and other protestors watching and saying nothing.

Wow, if it’s true then he was too chickenshit to wear his proud colors and rocker to the scene.

Moved to MPSIMS (from QZ)

In this age of traffic cameras everywhere, it ought to be quite easy to catch this fellow and produce good evidence in court.

hopefully this educates some of the folks on this board

I’m sure they’ll tell their friends about this too.

The only “education” one can see these days is confirmation bias.

Interesting but based upon a anonymous tipster means it’s doubtful if we will ever really know.

But if he is a Hells Angels Biker, then color me wrong. I did say he wasnt antifa tho, that is not their style.

To be fair I don’t get exactly what this “proves”, people openly suspected the Umbrella Guy was either a cop or an outside agitator since the beginning and there already was rioting and looting in Minneapolis before this guy showed up. Are we now back on the conspiracy theory train that 90% of the looters/rioters in every single city during the protests was a police agent/alt-right agitator now?

Has anybody here said anything close to that?

All we know is what “police say.” I think it’s far too early to be sure who the hell this guy actually is. I’m sure a lot of police departments see “outlaw biker” or even just “biker” and someone writes down Hells Angels. I’m skeptical.

Antifa exists primarily as a figment of the right wing imagination. Unlike, say those that want to start a race war.

All we know is what “police say.” I think it’s far too early to be sure who the hell this guy actually is. I’m sure a lot of police departments see “outlaw biker” or even just “biker” and someone writes down Hells Angels. I’m skeptical.

I think that law enforcement in particular recognize the existence of many different owtlaw mcs and do not casually name drop. Unless they’re spectacularly incompetant. The Hell’s Angels in my neck of the woods have lawyers, and they sue.
https://www.courthousenews.com/village-cleared-for-not-serving-hells-angels/
Again, all of this must be proven.

We all knew he was a outside agitator. Based upon appearance and my experience with the BLM protests in Oakland, etc, I assumed he was a Anarchist since he is dressed like one, and acting like one. That was the safe bet.

But sure, he could be a right wing outside agitator- they are becoming more common we hear.

Isn’t wearing a uniform and acting in a predictable manner kinda contradictory?

Be good to rethink that assumption of dressed in black = anarchist or antifa. With all due respect, that has been story line cough cough propaganda cough cough pushed by Fox and right wing media.

It’s a playbook as old as time to put on the enemy “uniform” to create an excuse to send in the storm troopers.

I didn’t think he was acting like one. Wouldn’t an anarchist have been trying to convince the protestors to join him, instead of running away from them?

No, just the opposite: 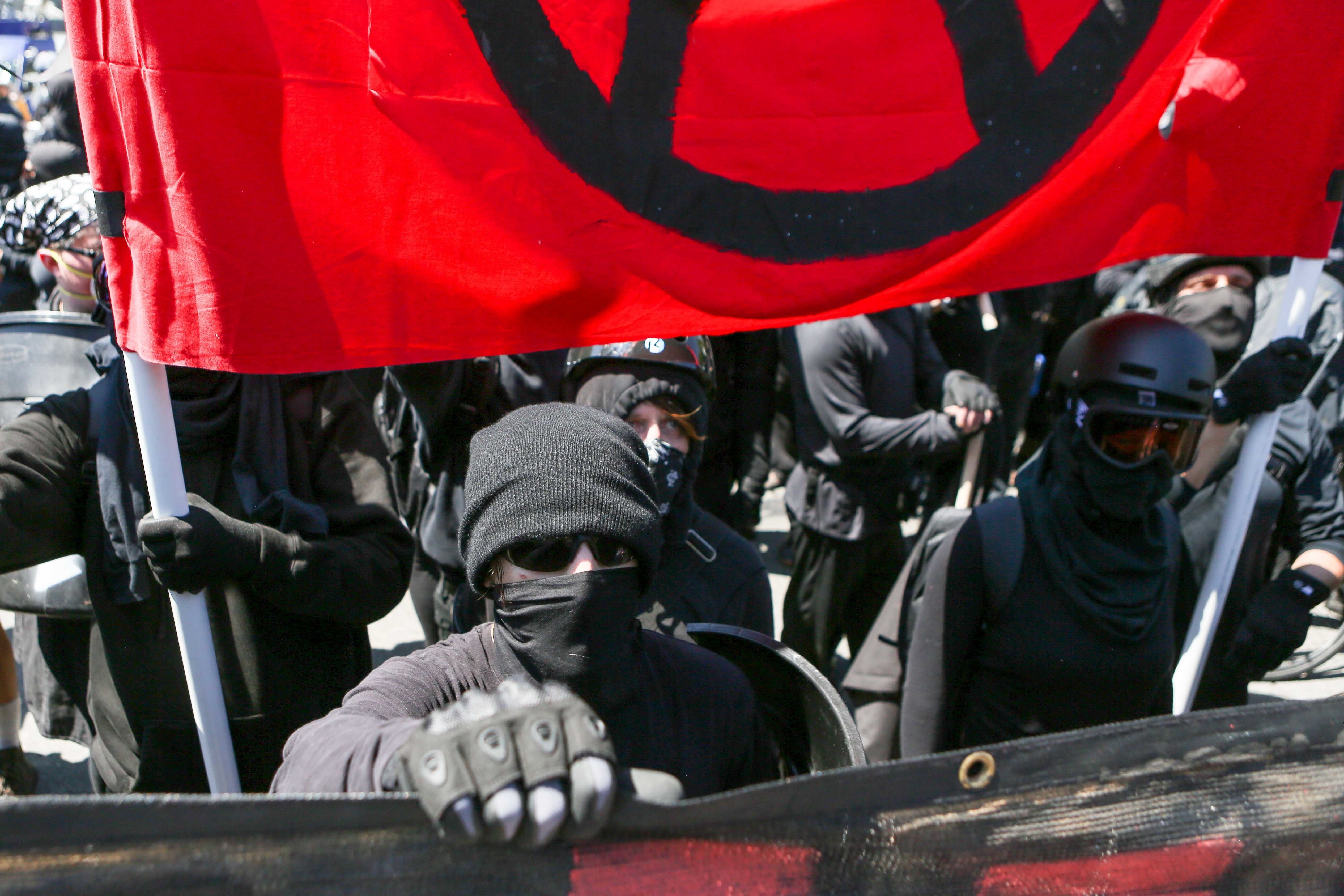 What are 'black bloc' anarchists?

The controversial protest tactic has a checkered history.

** “Black blocs” are a common sight in protests.*
** The black-garbed and masked protesters often commit acts of violence and vandalism, and the tactic is most commonly associated with anarchists.*

For some reason the regular protesters are now copying the Black Blok anarchists (which is a idiot move). However, the Anarchists started it.

So yeah, just dressed all in black now no longer necessarily means Black Blok anarchist. But the quality gas mask, the light body armor etc, all suggest that movement, and the deliberate rather than angry destruction of property in a otherwise peaceful protest screams outside agitator. Which used to be almost always anarchists, but now yes, include other groups.

Is he a full patched Hells Angel or a prospect or what? I can’t imagine that this guy was acting officially on behalf of the club. Why would they want the heat?