What Are Your Favorite/Best Spongebob Quotes?

There are many. Mine is from the “The Sponge Who Could Fly” episode (which is a classic).

Patrick: You cut a hole in Farmer Jenkins’ grain silo!
SpongeBob: Don’t remind me.
Jenkins: [runs up] I knew no good would come from city folk and their flying machines! Now git! [Patrick and SpongeBob run away]
Patrick:** We better do what he says. He knows how to grow food!**

Mister Krabs is my absolute favorite for this. Two that come mind:

“Boy, I can give you ten good reasons to never let go of a dime!”

There’s an episode where the Ghost of the Flying Dutchman lays claim to Mr. Krabs’s soul for being cheap. Spongebob offers the Dutchman his own soul as a test to prove that Krabs isn’t cheap. The Dutchman accepts the bet, and offers to buy Spongebob from Mr. Krabs for the change he has in his pocket, which amounts to $1.62. Krabs fails the test, and the Dutchman takes Spongebob, leading to this exchange:

Squidward: “Mr. Krabs, I can’t believe you just did that.”
Krabs: “What, you think I could have gotten more for him?”

Mr. Krabs is trying to make up a name for the dead guy whose trucker hat he’s trying to trick away from SpongeBob. He dubs him “Smitty… Werber…man… Jensen.” Sure enough, there’s a tombstone in a nearby cemetery with that name on it.

Plankton’s version of the Fun Song:

“F is for fire that burns down the whole town
U is for uranium, bombs
N is for no survivors when you-!”

There are a ton more of these, but the above three immediately came to mind. I love Spongebob.

Not really related to the thread but I thought spongebob fans would like this: 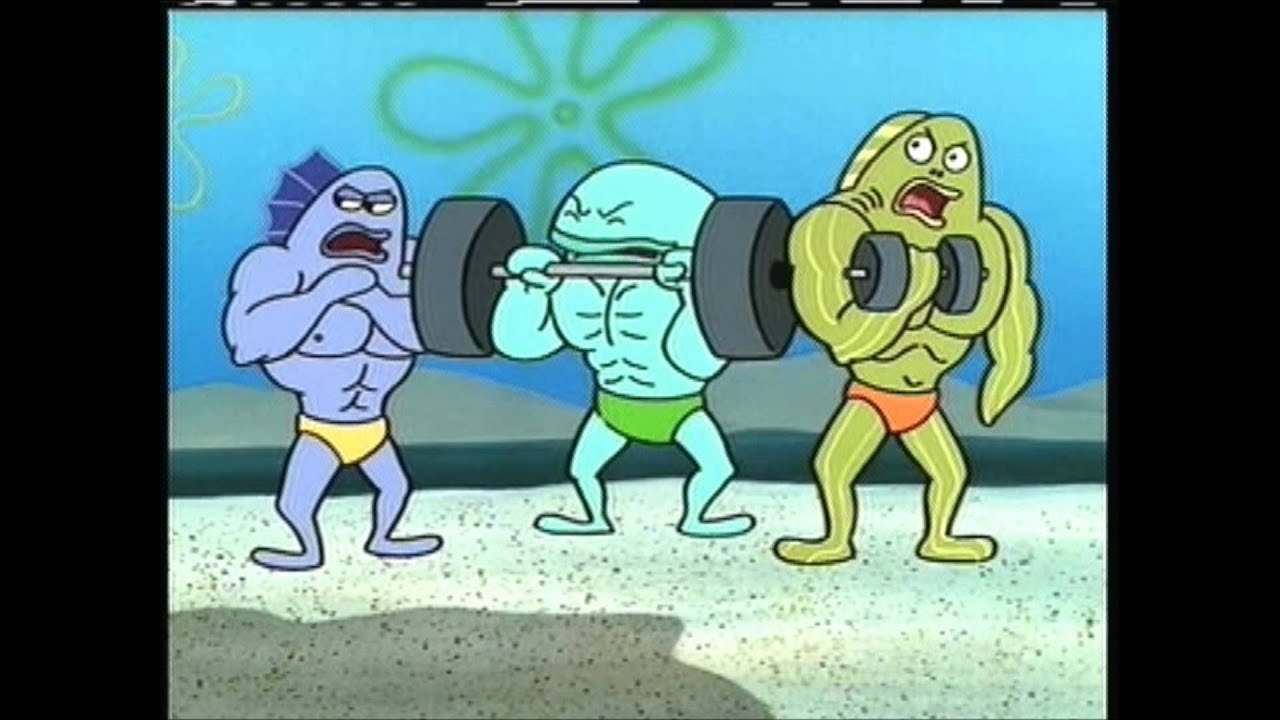 SpongeBob is in charge of piloting the Dutchman’s ship. He steers it too close to some rocks, and basically reduces it to a pile of floating rubble. He says to the Dutchman:

Mr. Krabs is trying to make up a name for the dead guy whose trucker hat he’s trying to trick away from SpongeBob. He dubs him “Smitty… Werber…man… Jensen.” Sure enough, there’s a tombstone in a nearby cemetery with that name on it.

He was number one!

Spongebob: “Squidward, the jellyfish don’t like it. Could you play a little… better?”

Sandy: “Ohhhh. This is the tongue, and… the whole thing… is the… worm.”

Anytime there’s candy, we always say CHOCOLATE like that horrible old woman they were selling candy bars to. “What did he say?” “CHOCOLATE!!”

Anytime anyone mentions manhattan’s famous line here at the Dope about being a moderator (“I AM the fucking hall monitor.”) I hear it in Spongebob’s voice in the hall monitor episode.

When Plankton switches lives with Mr. Krabs and he comes flying through the air, Plankton screams in horror, “He’s naked!” — and then they shoot bras and grannypanties at him.

National Free Balloon Day episode, Patrick and Spongebob on the lam for “stealing” a balloon that subsequently pops and they cannot replace it:

Patrick: “I wish we had something to eat, though”
Spongebob: “Look what I’ve got!” (holds up two chocolate bars)
Patrick: “Rectangles!”
Spongebob: “Not just any rectangles, Patrick. Candy Bars! Now all we have to do is make them last the rest of our lives!”

Plankton: Ha! Krabs changed the name of his restaurant to the Closed Krab! Everyone will think it’s closed!

Plankton: Oh please. I could cause more and more collateral damage than that! Karen! Where’d you put my death ray?

DCnDC is way ahead of me: “Not if you’re a sailor, arr arr arr!”

It has been a while since my son was old enough for us to watch Spongebob together and I still laugh my fog horn off.

I recently posted a video on my FB wall that was this scene in its entirety. It exemplifies what teaching is like on some days. Seriously…“First, get a jar…Patrick, that’s a pickle.” “Yes.” OMG…seriously, that is my job.

I often quote SpongeBob in my classroom. One particular episode, Patrick and SpongeBob get lost and fear they may starve to death. Excited, SB pulls a candy bar out of his pocket.
SB: “Patrick, look what I have!”
P: “RECTANGLES!”
ETAFoieGrasIsEvil–I somehow missed your quoting this. But it’s a good 'un to repeat!

I mimic Patrick’s pronunciation of “rectangles” pretty much every time I use the word in my classroom.

In another episode, Patrick gets lost after a visit to Gloveworld. Everyone in the area he finds himself lost in speaks with a raspberry about every fifth word.
“I’m sorry,” <pppbbbbttt> “I don’t understand your accent.” <pbbbtbtttbbbtbtttt>

Hubby and I quote that ALL the time.

Annnnd more recently in one of my favorite episodes ever (where Squidword has to make a marching bad–featuring SB’s “Sweet Victory” song), there are a few goodies.

Squidward: “Patrick, Don’t you have to go be stupid somewhere else?”

Patrick: Liar, liar plants for hire
Spongebob: Don’t you mean, “pants on fire?”
Patrick: You would know…liar.
I use that one all the time.

Fah, saw that Pyper had this one! :sulks:

Spongebob: “This is not your average, everyday darkness. This is… ADVANCED darkness.”

Mrs. Puff: “I’ll have to leave town, start a new boating school under a new name. NO! Not again…”

SpongeBob: “But it doesn’t make any sense. The Krabby Patty is an absolute good. Nobody is immune to its tasty charms.”

From the Fry Cook Games episode, with my favorite line bolded:

Fish Head: “For his dive, Spongebob will be attempting a full banana fudge pop with two sticks.”
(SpongeBob holds up two popsicle sticks and sticks them into the top of his head))

Fish Head: “And now, absolute silence.”
(The crowd stops chattering.)
(SpongeBob jumps off the diving board.)

SpongeBob: “I scream for ice cream!”
(SpongeBob flips around a couple times, then leaps toward the bowl. He lands in the chocolate syrup getting coated in it, then hops out of it and into a sandbox full of toasted almonds.)

Fish Head: “He stuck it!”
(SpongeBob turns around toward the camera and grins.)

Fish Head: “And just look at that even coating.”
(SpongeBob walks upside-down past Patrick, using the popsicle sticks for legs.)