Who do you think is more of a wimp, Donald Trump or Joe Biden?

When asked who voters thought was more of a wimp, 57% said Donald Trump and 43% said Joe Biden.

This is a stupid question and the result doesn’t matter except to one individual who we’ll call Individual 1. Let’s hope this poll question gets enough attention for him to notice.

Kind of like asking which of two pots is blacker. But I will go with Trump being wimpier.

The ‘old guy as tough guy’ aspect of this campaign is a strong contender to be among my least favorite aspects.

And that’s saying something.

I remember when Fox News ran an entire segment on Obama being a wimp who embarrassed America because he dared wear a helmet while riding a bike. While swooning over comparison pictures of Putin riding a horse topless.

I’m glad that a solid majority of American’s can see that.

I’m glad Trump is a wimp. It’s probably why he hasn’t started any wars. He was on the point of starting one with Iran, but got cold feet. He cannot bring himself to fire anybody and always delegates an underling to do it.

Some people just are what they grab.

While swooning over comparison pictures of Putin riding a horse topless.

Moved to the BBQ Pit at OP’s request.

I’m not sure how everyone defines “wimp.”

I know Donald Trump is the WEAKEST major politician I have ever seen.

I know Donald Trump is the WEAKEST major politician I have ever seen.

Frankly I don’t know how anyone sees it differently.

Trump can’t even man up enough to do his own firing. He makes other people do it and then claims that he did it. He’s a name-calling bully without any nerve, a weakling who hides behind others, and a whiny little bitch.

I was wondering where that seemingly out of nowhere line from a Lincoln Project tweet about Trump not being able to ride a bicycle came from. 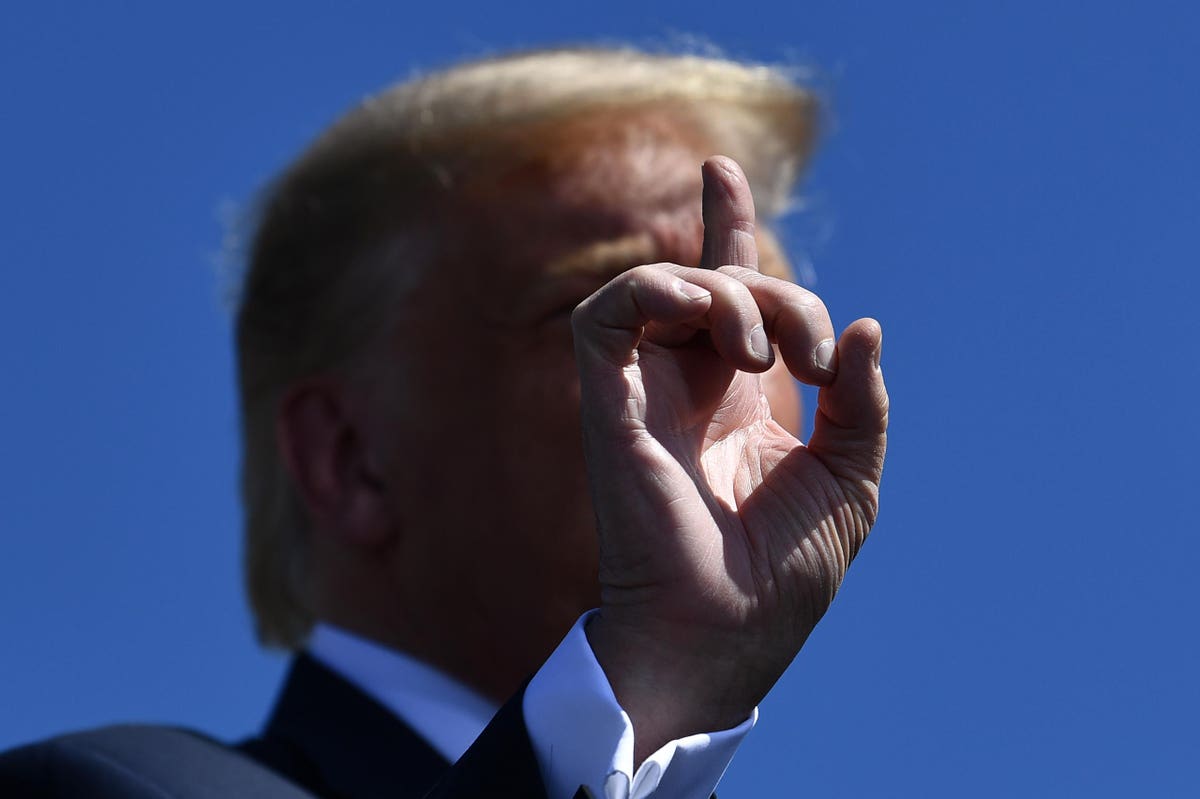 He may have sponsored a grandiose U. S. bicycle race in the 1980s but President Donald Trump isn’t likely to be seen on a bicycle any time soon.

Yep, he is proud of his fear and his lack of confidence. IOW an alpha wimp.

Hey now, riding a bicycle can be tricky. Take ma, for example. I used to ride my bike to the bar, and there were more than a few occaisions where I totally wiped out on the way home. This one time I rode my bike through the trails at the forest preserve where my friends were gathered at a pavillion with lots of beer, weed, and a big cooler with a spigot that was filled with- hell I don’t know what. I fell off ny bike riding home from that thing, too! Bent the front wheel all up. Pushed that fucking thing home.

Golf cart. This is Trump we’re talking about, after all.

And yeah, of course Trump is the wimpier. I have no doubt that in any case where it’s time to throw down, he’ll fold like a cheap lawn chair.

This will easily be settled during the debate when Biden punches Trump in his wet lying mouth.

That Trump, he’s so strong. The Great Deal Maker, they call him. Just look at the all the great deals he’s made as president, both with Congress and other countries. For instance, he, uh, he he…he renamed Nafta. And he he, uh…

Physically, it’s definitely $45. He is not only the only Oval Office occupant in my memory that I’m pretty sure I could personally best at presidentin’, he’s also the only one I’m pretty sure I could best in a boxing ring despite being several decades younger than most of the other contenders, (since I have very little upper body strength and do not have practice in converting my (non-very-little?) leg strength into blows. $45 never does strenuous exercise, ever.)

Hmmm. I originally was replying to RickJay but decided to just reply to everyone. I’m too lazy to delete the post and make a new one, and it isn’t a completely weird response to his post.