Win95 - Who was the singer on the new Media Player?

When Windows 95 came out, there were a couple sample files that came with the new media player. One was a preview for the movie Rob Roy, I think there was a Weezer song and then there was a song by a female artist. I could swear it was Nora Jones, but this was way back in the day… who was she. What was the song?

Definitely not Norah Jones. She would have been about 14 or 15 at the time.

The song is Good Times by Edie Brickell. Good tune. I understand that she gave up performing to raise her kids with Paul Simon. She apparently released her first album in years just recently. I might have to check it out sometime.

So grateful to you for the answer. I was convinced it was Norah Jones/Don’t Know Why? - but the video didn’t ring true. :smack: Both artists/tracks exceptional for me.

For the record, the Weezer music video was Buddy Holly, released a year earlier. It has Al Molinaro from Happy Days in new footage. Al was born in Kenosha but Weezer isn’t, cf. the band intro he does.

I still remember that song sometimes, just a fun tune to listen to. 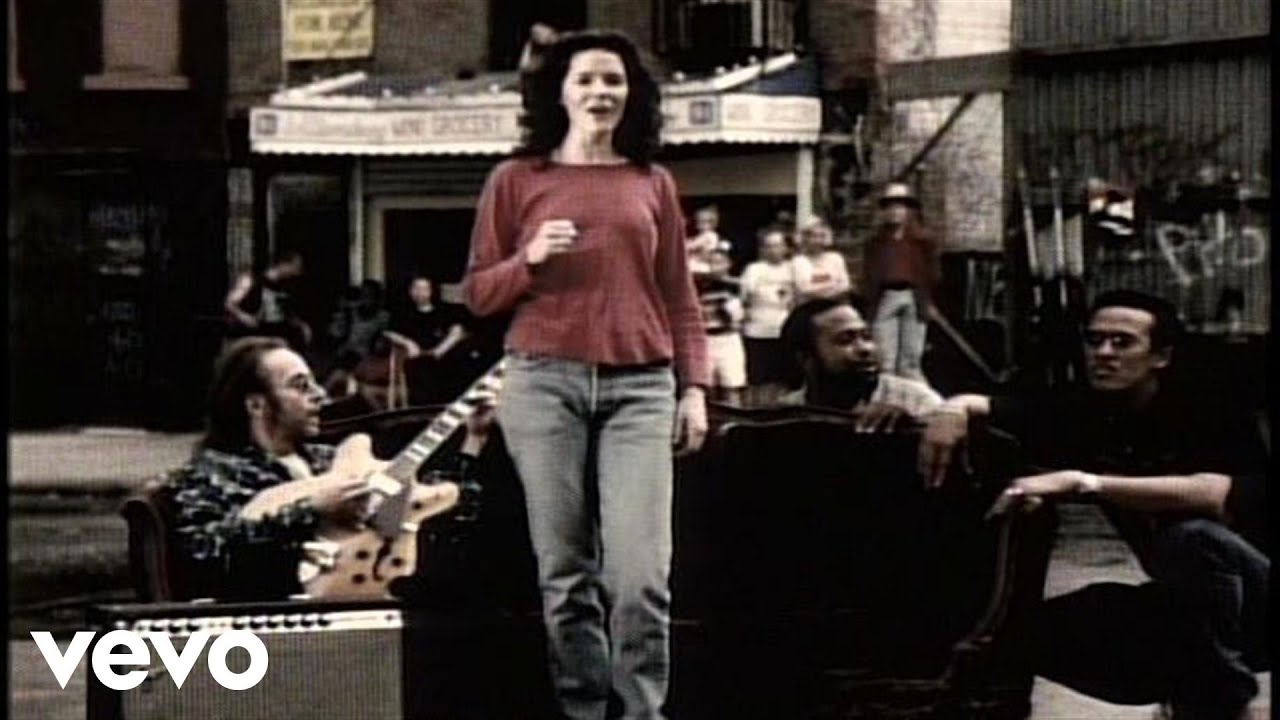 Edie Brickell released a great Bluegrass album with Steve Martin called Love Has Come For You in 2013. Edie wrote the lyrics, Steve wrote the music. He is an incredible banjo player!

I remember the Weezer “Buddy Holly” video, I already knew and liked the song because it had been a hit the year before. The video was very small, even on my 15" monitor with a resolution of 800x600, but it was fascinating for me to play a whole music video on my computer. My first Win95 computer was also my first with a sound card, and it was a good soundcard for the time, a Soundblaster. This computer was also the first one I went online with.

I also remember the Edie Brickell song, but was that a video too, or only a wav file? And wasn’t the welcome jingle of Win95 composed by Brian Eno?

Before Windows 95, my aunt had Windows 3.1, and it came with four sample videos we used to watch all the time. Jesus Jones Right Here Right Now was one, Peter Gabriel Sledgehammer was another, Metallica Enter Sandman was a third, and I can’t for the life of me remember the fourth. Anybody remember?

The default installation of Windows 3.1 did not come with sample music videos.

The 95 jingle is of course by Brian Eno.

The default installation of Windows 3.1 did not come with sample music videos.

Must have been installed with some sort of multimedia bloatware then. I’m certain my aunt never installed it. We really liked it. The idea of playing video on a computer just blew our tiny minds! Even if it was just four videos. It also came with a really crappy microphone and we’d spend hours making short, silly WAV files and playing them backwards and slowed down.