Didn’t see anyone else start one yet, so here we go!

Anybody catch that NDSU - Montana game yesterday? Wonder how long Stitt will be at Montana before someone throws some serious $$$ at him?

It’s been an odd week. The Beckman last minute firing came out of nowhere, but Illinois was going nowhere this year anyway.

The ESPN bias against Florida State has gotten ridiculous. I’m quite glad Dalvin Cook was quickly found not guilty against the trumped up charges. ESPN is so eager to shame a ‘rogue’ program that’s they’ll believe anything negative about FSU.

ESPN (and most sports media) love a good narrative… Whether it holds up or not. As a UGA fan, every year I set my watch by the Mark Richt Hotseat / Mark Richt has lost control of the program news stories.

The Western Michigan Broncos open their season at home with primetime television coverage. Sure it’s because their opponent is AP Preseason #5 Michigan State that is traveling to play them. Still it’s pretty awesome for the program and players to get a big stage like that. Less than a week from now sports fans can play Where’s Waldo stadium? It’s in Kalamazoo.

That is pretty interesting to see Michigan State travel to a cupcake like that. Definitely different than the standard you-come-here-we’ll-give-you-your-athletic-budget-for-the-year-to-get-slaughtered.

QB news today as transfer Grayson Lambert wins the starting job at Georgia. Did not see that coming. Totally atypical for Richt.

Oregon’s opener against FCS Eastern Washington will be a bit more interesting than it sounds as our new QB, Vernon Adams, is a graduate transfer who played for EWU last year and did a bunch of impressive things including a win over nondirectional Washington. Then the following week it is off to East Lansing. Looking forward to another great season and hopefully we can get over the hump this year.

Anybody catch that NDSU - Montana game yesterday? Wonder how long Stitt will be at Montana before someone throws some serious $$$ at him?

Considering he should have been offered the CU job three times now. I think there are two possibilities one he is a terrible interview, god knows he can be a dick so I wouldn’t be surprised, or two he doesn’t like moving his family as much as most coaches and he is very much a family man. Either way I’d bet he’s going to have to win a national title at Montana before he gets his shot at the big time. Until then there is going to be a lot of fired D coordinators in the Big Sky concerence.

Interesting season for my Nebraska Cornhuskers. Thanks to the Big Ten adding stupid Maryland and stupid Rutgers (grrr…), we have Ohio State, Michigan, and Penn State off our schedule. Hmm, aren’t those games the reason we joined the Big Ten?

We got rid of Pelini, who had seven straight 9+ win seasons. But each also had 4 losses, including many blowouts. Was he unfairly fired for “only” winning 9 games? That Nebraska’s standards are a little too high, and most programs would kill for 9 wins?

Let’s just say he was also a complete asshole. An absolute public embarrassment, screaming and cursing all the time. He even held a private meeting with his players after he got fired cursing out the AD. I think it’s telling that no programs desperate for 9 wins picked him up, but fell down to Division I-AA coaching.

So, now we have Mike Riley out of Oregon State. He seems to be the anti-Pelini, a very nice guy in the mold of Tom Osborne. He wasn’t particularly successful at OSU, but I think his demeanor tells me he was brought in to fix more than X’s and O’s. We lost so many key players that it may not be realistic to declare “10-3 or bust”. But if he can keep from losing to Wisconsin 70-31 and 59-24, I’ll be happy.

We’re unranked and host BYU on TV this weekend.

My other team, the local Hawaii Rainbow Warriors, have a tough row to hoe in Norm Chow’s farewell tour.

This is one season I’m not really looking forward to. Being a non-Buckeye fan in the center of Ohio is just nauseating these days. And you know they’ll run the table, so I’ll have to endure this at least until playoffs.

My team is Notre Dame and I don’t have absurdly high expectations this year. I’m hoping for at least 10 wins.

Is there any video of Sarkisian’s drunken antics at the Aug. 22nd rally? That would be fun to watch.

That is pretty interesting to see Michigan State travel to a cupcake like that. Definitely different than the standard you-come-here-we’ll-give-you-your-athletic-budget-for-the-year-to-get-slaughtered.

MSU also went to Mt. Pleasant to play Central Michigan a few years back. The initiative was to pump a little money into the economies of a couple other cities. In return, MSU got to lock in some home dates for a reduced rate in the future. It’s nice to see one of the big boys suck it up and play at the little guy’s place once in a while. BTW, they had a similar deal with Eastern Michigan, but EMU backed out.

My Bears open at home Saturday, and that’s always a wonderful thing. But it’s against an FCS team, and I hate those. But the team is Grambling and they’re bringing their band, so there’s that.

Our first step on the long march to .500 AND A MEDIOCRE BOWL GAME! We’re back, baby!

I’m excited to head down to Charlotte tomorrow to watch my Gamecocks kick off the Season vs Chapel Hill. The Gamecock Club suckered me into getting Club level seats, better be worth it!

Listening to sports talk radio and talking to Michigan fans, I can’t make up my mind- does Jim Harbaugh part the sea or does he walk on water? He hasn’t won a game yet and they’re ready to start carving a statue. Tonight, FS1 will have a “khaki-cam” on Harbaugh 100% of the time. Sounds like a boring gig for the camera guy.

Listening to sports talk radio and talking to Michigan fans, I can’t make up my mind- does Jim Harbaugh part the sea or does he walk on water? He hasn’t won a game yet and they’re ready to start carving a statue. Tonight, FS1 will have a “khaki-cam” on Harbaugh 100% of the time. Sounds like a boring gig for the camera guy.

We here in the Bay Area have seen Harbaugh turn around Stanford and the 49ers. Cal fans laughed at him when he came to town spouting ridiculous nonsense and recruiting nothing but tight ends…we stopped laughing when he kicked our ass repeatedly.

So I’m curious to see how he does in Ann Arbor – I wouldn’t be surprised if he’s in the B10 championship game in 2 years.

Another ridiculous Title IX gold digging lawsuit! Mike Riley is now being sued, along with Oregon State for creating a ‘culture of rape’ A woman claims she was raped in October 1999!! Oh, that’s right , Riley wasn’t even OSU coach then!

7.5 million dollars will help this poor damsel in distress recover from her ‘rape’ 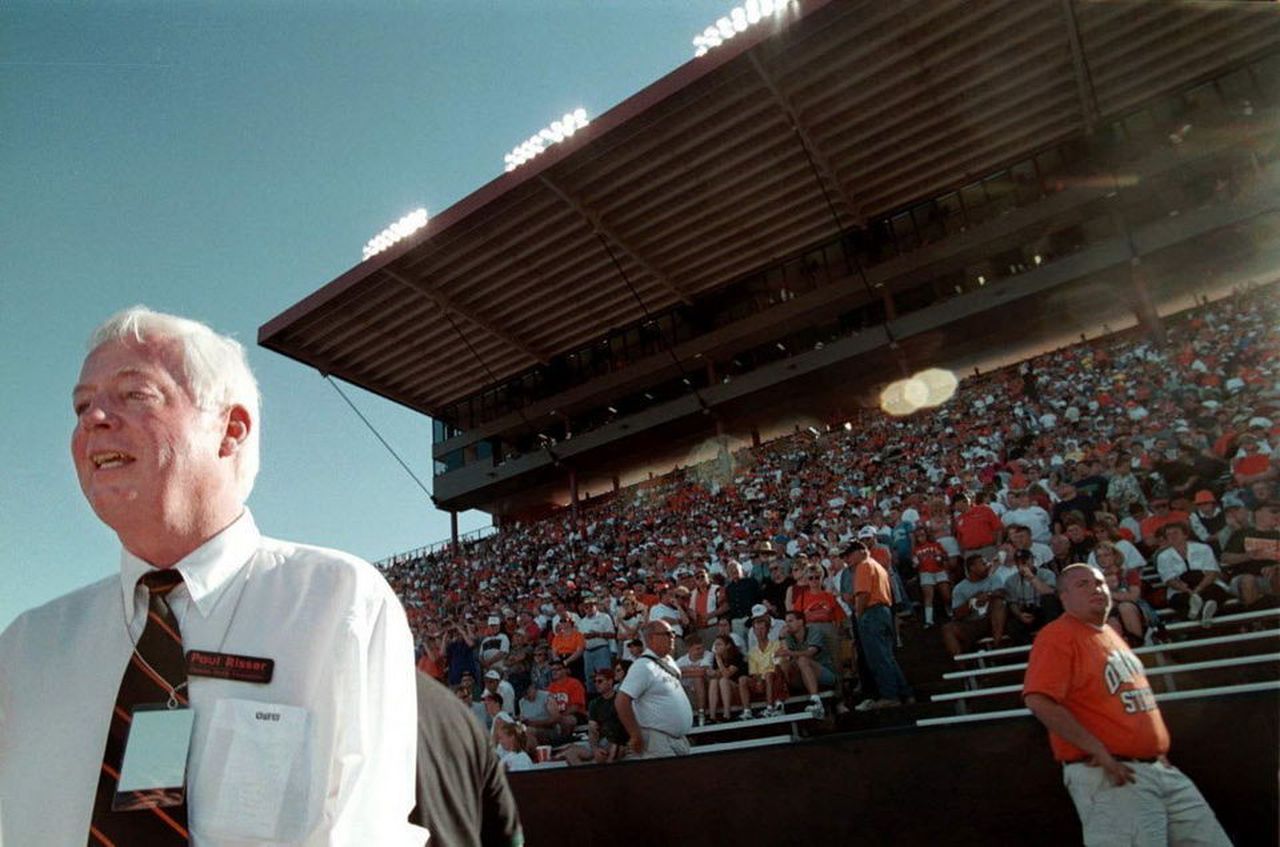 A woman accuses Oregon State University and its former head football coach, Mike Riley, of creating a sexually hostile environment that caused her to be raped. The university denies the allegations.