I think it’s supposed to creep you out. Works on me too.

Yes, I can’t quite put my finger on it. The concept of a (seemingly) prudish, older lady getting a boost of, erm, sexual energy from the smell of her laundry doesn’t in and of itself doesn’t creep me out, but it’s as if they styled her to be extra creepy.

I think it’s the lip curl/ sneer at the beginning that scares me the most.

My attention always seems to go to her frumpy yet clingy skirt. Not trying to fat shame the actress in any way; just that I can’t tell if they’re trying to illustrate her normal, older lady body or emphasize it for comedic effect.

BTW, do people really want all of their laundry to smell like lavender (or whatever artificial scent is in those Gain detergent products)? Apparently so, as they’re selling lots of these products but it’s not something that ever appealed to me.

Unless you really need to know whether you can get one more day’s wear out of a pair of pants.

The scent beads are useful for things like towels and athletic clothing, as they can develop a funk after a short while, and you do not want to use fabric softener on those.

I’m vaguely remembering a similar commercial featuring a weird looking school principal (?) sniffing the clothes of her students. I get that they try to show “regular” people sometimes, but they don’t have to go crazy with it. There are plenty of normal, attractive actors that they really don’t need to feature the freaks.

It’s not as bad as the first one, with a school administrator or teacher, strutting down the school halls and the students sniffing her,

I don’t get it. What does it gain the advertiser to have their products associated with a bunch of freaky looking characters? Ever watch an advertisement that made you second guess what you just saw? Sounds like you just experienced an Oddvertisement.

I don’t get it. What does it gain the advertiser to have their products associated with a bunch of freaky looking characters?

He built a whole career on it. “Where’s the beef?” didn’t hurt Wendy’s (oh, and do watch their Soviet Fashion Show!).

Sedelmeier would grab odd-looking people off the street, and one story I heard was him looking up at a guy on a ladder in downtown Chicago and asking “You happy up there? Would you rather come with me to a TV studio and make a few thousand dollars this morning?”

Ahh, just found part of a documentary that starts with clips of a lot of his “uglies, as people called them”. The TV Commercials of Joe Sedelmaier | Art & Design in Chicago

Maybe they should change the music to Arnold Layne

If they did, I would totally buy some Gain.

I would totally buy some Gain.

And I would be creepin’ round your washing line

Those see-through baby blues would suit you fine.

Oh how I hate the shingles commercials…

Yeah, but the first one has my favorite commercial actor in it. I forget his name, but always like to see him! 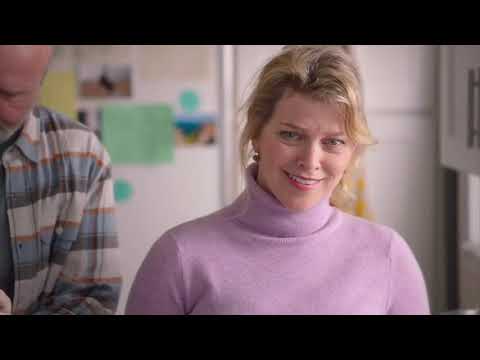