But during passenger search, don’t they make you throw out any snacks you’re bringing with you?

It’s been a while, but last time I flew they did not. Only liquids.

And I understood the commercial as they were already past security, where you can even buy drinks and take them.

I posted this one in another thread, but it deserves mention here, too. I can’t believe anyone made this, let alone airs it.

I haven’t flown in a couple of years, but they didn’t for domestic (US) flights. I have been through security checkpoints where they made you unload your snacks and put them in the bin alongside your electronics and shoes (eww), but there didn’t seem to be any real problem aside from the TSA agent who was miffed that I purchased a sack of turkey jerky instead of beef jerky.

One ad series I’ve encountered in the past week isn’t annoying in the way described in this thread, but I’m sure the ads aren’t having their intended effect. L.L.Bean has been running some ad/promotions on social media featuring teens and other young people who are still using their original L.L.Bean backpack. I actually still have mine, but I upgraded it in high school for a roomier, more back-friendly model. Long story short, it had to be replaced under Bean’s then-generous guarantee (they even gave me a gift card to cover monogramming of the replacement!), and even though the replacement has held up great, the ad series is making me feel a little bad for giving up the worn-out bag.

That can’t be a commercial in America! We’re too repressed! I don’t hate this commercial - but I haven’t had to watch it too many times in a row.

I want to gripe about “Dr. Rick” in the Progressive ads. He purports to be helping mid-aged adults not turn into their parents. In some commercials the things he advised against things like velcro-ing the TV remote to the coffee table or wearing socks with sandals. I can get behind that.

I think this is a case of ‘ad campaign running out of ideas’. The returns are diminishing. The early ones were amusing, but they already picked the low-hanging fruit.

There’s a super cheap commercial for, I think, some kind of odor control that features a woman who at first looks a little like Marjory Tayler Greene. Her whole face fills half the picture, and she talks like she’s letting us in on a secret. Her face looks scrubbed of any makeup, yet there are big blue rings around her eyes that don’t look like makeup. There are a couple of commercials in the series, all about the same. Don’t know what the product is called. 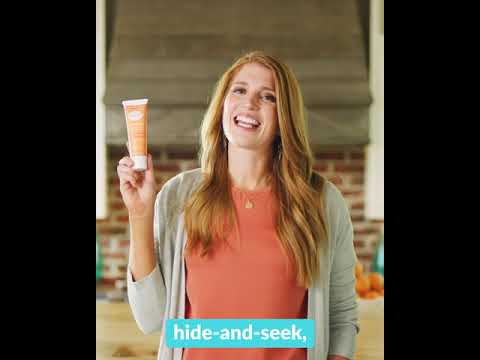 Yeah, that’s the product. Here’s the weirdo I was talking about:

Yeah, that’s the product. Here’s the weirdo I was talking about:

I’m pleased that she seems to have stopped bellowing about “stinky crevices.”

The one who announces that she enjoys pooping always makes my mom laugh.

This one is better: 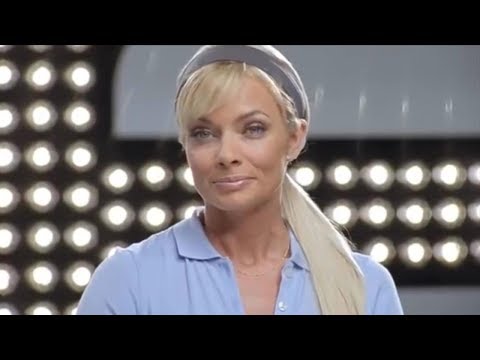 Benjamin Moore Paint has a strange one. The big burly painter finishes his work for a woman, and she’s so taken with it that she gives him a big hug and won’t let go, much to the painter’s discomfiture.

Just saw a new T-Mobile commercial using Billy Idol’s ‘Rebel Yell’ as a backing track-- just the music and Idol singing ‘more more more’. Apparently to emphasize how you get more with their latest deal.

I don’t begrudge Billy Idol a royalty paycheck but argggghhhh yet another decent song ruined by a commercial.

There’s a commercial for Lume body odor cream. I can’t find the spot, but it features a woman looking at the camera, as if she is making a tictok video, describing how if you put the cream between your butt cheeks (“as I’ll demonstrate!”) you’ll have zero crack stank. It’s annoying on so many levels!

The one who announces that she enjoys pooping always makes my mom laugh.

What does she think of the one where the lady says she had to (paraphrase) “hunt for a string in her buttcrack”? Or the Gal on the trampoline who doesn’t “pee herself” anymore?

It’s local, so I’m sure nobody else here has seen it. It’s for a local Dodge dealership, and it buys four commercial spots during the half-hour local news. And it has for years. The dealership is respected and trusted–some friends of mine would not get a car anywhere else.

Thing is, that it uses techniques that would be more suited to a cheap-ass used car dealership. As in, “Come on down, we’ve got the best deals in the city! Look at this beauty of a sedan! Or hey, you got a family? Well, this minivan will get the kids to and from school, to soccer practice, to everywhere you need to go! And don’t forget, we can finance! No credit? We’ll work with you to find a solution!” The announcer is shouting at the camera, which is doing quick takes around the showroom.

I just mute their commercials now, which solves the problem. But really, if you’re that successful a dealership, can’t you afford a better producer to make you look like a respectable dealership, rather than “Honest Eddie’s Used Cars”?

I know many people have gotten cracked ribs because others thought they knew how to do CPR (often when the heart was actually still beating).

And there was an episode of Emergency! that had that in a scene-- it was the fifth-season episode “Grateful” (OAD Saturday, February 7, 1976 on NBC). 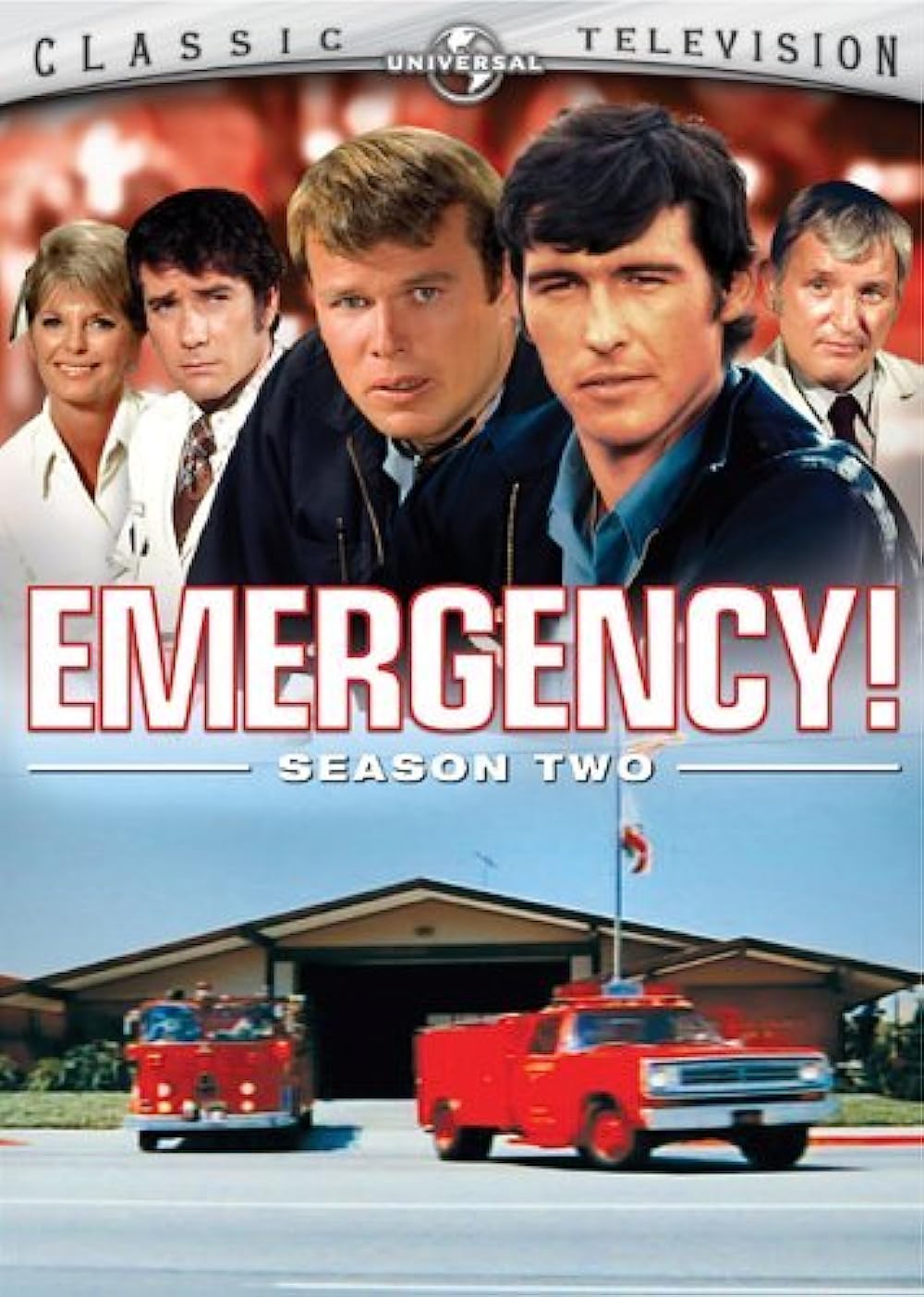 Grateful: Directed by Georg Fenady. With Robert Fuller, Julie London, Bobby Troup, Randolph Mantooth. John and Roy rescue a couple from under a car; they then proceed to hang around Station 51. An elderly man performs CPR on his friend, before being...

There’s a commercial now for Amazon, in which a mom is taking her kid to school on the first day, and talking about how kids are into different stuff every year. Like, one year they like dinosaurs and next year it’s camels. The little girl corrects her, “Llamas!” and the mom says, “Are you sure that’s not a camel?” Mom, if you can’t tell the difference between a llama and a damn camel, maybe you should go back to school. 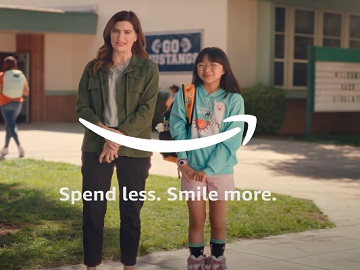 Amazon has released a new commercial for its Back to School 2022 campaign, starring actress Kathryn Hahn.

Mom, if you can’t tell the difference between a llama and a damn camel, maybe you should go back to school.

Ha, that’s a series of commercials and I kept thinking ‘she looks like a young Kathryn Hahn’ everytime one came on. Turns out it’s actually Kathryn Hahn, go figure. I don’t know why I thought she looked younger than she is; maybe that army-looking jacket she’s wearing.

I thought the llama / camel thing came from the ‘Kathryn’ character looking at a drawing the kid made, and the misunderstanding is because the kid is not a good artist. I just rewatched the commercial on YT to make sure. It’s not obvious but I think it’s implied.

I just saw a commercial for the first time that struck me as unintentionally extremely sad. A young woman is lying on her bed, wearing a robe, checking her texts. A friend is texting 'come out and party with us tonight!" She texts back saying ‘sorry, not feeling good’. She then jumps off the bed, throws off her robe (she’s wearing some long john-style PJs) and starts dancing with her dog, holding it up by its front paws and the dog looks miserable. Then she pantomines singing into her hair brush and holds it up to her very grumpy-looking cat, which has an expression like ‘get that frickin’ thing outta my face".

The tagline is “rather party with your pets?” and it’s an ad for Buddies brand pet food / treats / whatever.

The tagline is “rather party with your pets?” and it’s an ad for Buddies brand pet food / treats / whatever.

Reminds me of the Tom Lehrer line about the guy in agricultural school who majored in animal husbandry, until they caught him at it one day.