Did Anyone Watch BOTH Town Halls?

I’m sorry, but this is crap. Ever since the founding of the republic, the popular news media have been more about profit and sensationalism. There has always been serious media for people who wanted it, but then as is now the people who want serious news are in the minority.

I took a few minutes and read a couple of articles. Here’s one that aligns with my point, my memory (of the 1960s, watching the evening news on ABC, CBS, and NBC), and my belief.

I’m sure it’s easy to dismiss it as the opinion of just one academic, but …

How News Has Changed

Macalester Prof. Michael Griffin offers insights about the past, present, and future of news in the U.S.—and what that means for media consumers today.

I also mentioned the Fairness Doctrine. Its repeal in 1987, midst the peak of the commodification of TV news, threw another napalm-coated log on the fire.

The term “yellow journalism” dates back to the 1890s but the concept well predates.

More on its origins in America anyway. 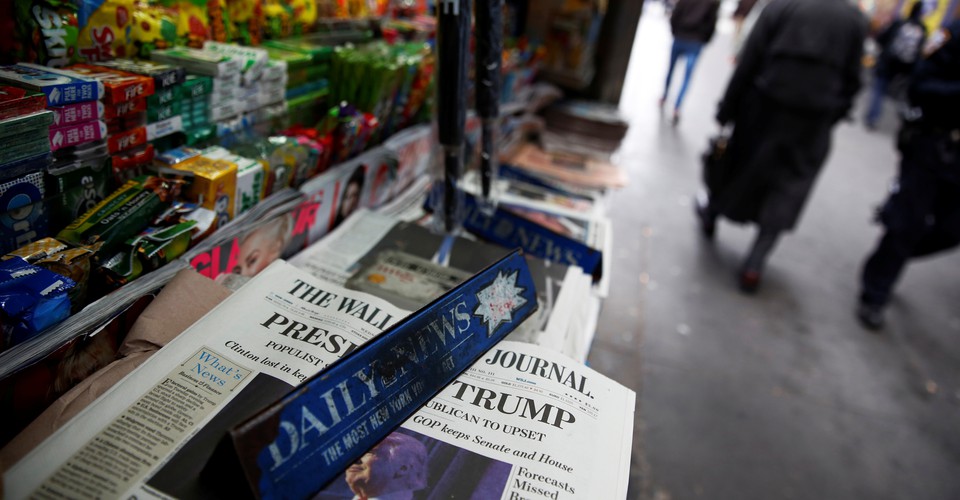 The History of Fake News in America

It goes back to Ben Franklin at least.

The term “yellow journalism” dates back to the 1890s but the concept well predates.

The history of yellow journalism isn’t really relevant to what’s been happening to TV and online news over the past few decades. It’s a different phenomenon.

@DavidNRockies’s article is worth reading.

Otherwise, you are either a journalist, a masochist or completely dead inside.

He is, after all, a survivor. If his gut tells him he needs to run, he will run. He has no principles except self-preservation.

If things were only up to Trump’s principles, he’d be very easy to predict. And to some extent, he is very predictable. He seeks flattery, avoids shame and punishment, grabs everything that isn’t nailed down. It scarcely needs mentioning that he’s a profligate liar, and his words are reliably hide the truth.

What makes Trump unpredictable, to the extent that he is unpredictable, is that he has no power of his own. He gets his power from other people and entities. He depends on them and is in debt to them. Their principles are no deeper or more virtuous than Trump’s, but they have agendas and priorities that are only partially visible to us.

Trump is only done when they decide he’s done. Not a minute sooner nor later.