For the LAST TIME...

Keep your damned kid from roaming the halls of our apartment building late at night running, screaming and playing with her other friends.

Pitted this a couple of months ago, and it’s not only started up again, it’s gotten worse.

In July, their kid, a 9-10 year old girl, started running the halls every night from 10pm until midnight or sometimes later. Yelling, screaming, slamming doors, etc.

July 20-ish, whatever the Sunday was, I stepped out into the hall at 11:55pm and let her know this shit was going to stop. It did, for about a month and a half. Then it started up slowly again.

September 20-ish, whatever the Tuesday was, I stepped out in the hall at 11:25pm and let her have it again. This time her mother came out, screaming and swearing at her and the world, and banged on my door. When I came out, she changed her tune, politely asked me not to swear at her kid (after I’d just heard her swear a blue streak at the kid) and gave me a bullshit story about how she had NO IDEA that any of this was going on, she’d just gotten home, blah blah blah, and this would never happen again.

I spoke to our office, who acted all shocked and surprised and had a chat with mommy, who claimed that nothing of the kind every happened, her kid was home every night and she had no idea what I was on about.

But we had another month and a half break until it started up in early-mid November again. This time, when I stepped out in the hall at 11:15pm, mommy-brain-dead heard my door open. When I stepped back inside, she ran out into the stair well, caught her daughter coming up and, 10 feet from my door, coached her daughter on how to say that she had been in her room all night.

I spoke to the office again. They gave me an after-hours number to call if it was still happening. Two days later I called, because the kids came running, screaming and slamming doors at about 11:50pm, followed by mommy running out into the hall, having a meltdown and then peeling out of the parking lot at high speed. The after hours guy strolled by about 20 minutes later, well after everything had settled down.

Three days ago, I called again, and got the after-call guy’s wife, who came noisily running down the hall and surprise surprise, didn’t see the kids. It helped so much that she CALLED ME BACK before she got here. My neighbors heard my phone ringing (I was by the door), ran inside their apartment and turned off the lights.

She recommend that I get a digital camera that recorded the date and time and take a picture of the kids in the hall next time it happened. I’d been loath to do this since I am a 47 year old single male and we’re talking about a bunch of 7-10 year old girls here.

Last night I was in bed. Two girls came screaming up the stairs, stopped at the landing just below our floor and were carrying on there. The stair well is just on the other side of the wall from my bedroom, which is why this is such a problem for me. I got up, threw on my clothes, grabbed my cell phone, put it into camera mode and stepped into the hall. I snapped a picture of the two girls just as they got to the door. Time Stamp: 11:56pm.

Girl goes running inside screaming for mom. Mom comes out and starts hammering on my door while I’m calling the on-call guy. On call guy says he’ll come over, mentions that he kicked them out of the common areas when he was locking up at 10:40pm and told them to go home.

Five minutes later, there is another knock on my door. Thinking it was the on-call guy, I opened the door to find mommy dearest and her husband in the hall, screaming at me. Claiming that their child was just coming home from her friend’s apartment (which I guess explains why the friend was with her and why they were playing in the stair well.)

Vague threats to do something to me if I ever take another picture of their child. (I admit, I would find it creepy too and don’t blame their reaction, but still…) I counter by telling them that I have been instructed by the office to do this and that the on-call guy is already on his way over. At this, husband goes from looking like he’s going to come into my apartment after me, to apologetic. Says that we don’t need to have a confrontation in the hall and that he will take care of things.

If these were adults running up and down the hall every night, I’d have just called the cops straight off, and if it went on this long with no help from them or the office, I’d eventually step out and kick their asses. But these are kids, and IDIOT parents who are not only allowing this bullshit, but lying about it to boot.

For only $200 you can record the little shit screaming in HD and play it for the landlords. Or perhaps you have an iPhone? Just get a reel full of it and record the next talk you have with the mother.

What drama! You should move if you can- with a lot of documentation of the noise problems if you have to break your lease. Or catch that little shit alone and calmly and quietly let her know that you’ll see her “later tonight”. Might scare the shit out of her, but maybe she’ll get the picture.

Nah, I won’t touch a kid, or threaten one.

Maybe you should call the cops, if the rental office is ineffective.

That sucks. Are there others on your floor or on neighboring floors whom you can speak to and who can back you up? I’d definitely record them – maybe just audio rather than video will be less obvious?

I certainly think you shouldn’t swear at the kid or even yell at her. And I cannot believe that Alice the Goon is seriously suggesting you make such a threat to a child. Jesus.

You have my complete sympathy, though. Noisy apartment neighbors are the worst. I remember my stepmother’s grandkids used to be allowed to play soccer in the hallway of their apartment building during holiday gettogethers like Passover or Thanksgiving. I thought it was the rudest damn thing and still do. I know it sucks having no lawn for kids to play in, but adults need to teach their brats how to behave. My niece, who was the same age, never did crap like that. And the worst thing is that my stepmother was the sister of the landlord, so the neighbors wouldn’t have dared complain.

Hmmm…just a question for the technically minded (and I’m too lazy to google, so sue me if you like)

But if I wanted to not only record the noise itself, how do I “verify” or otherwise replicate the volume in a “provable” way when I am playing it back? (given that tvs have volume control)

Can I hook a whatsyamallcit decible monitoring thingy to my camera / reocrder in real time?

Bear in mind this is for the strict amature luddite type…

Well, my sister is giving me her computer with a webcam, but I think it’s a bit big to go unnoticed if I mount it over my door in the hall, pointed at their door.

A tape of their door from 10pm to 12am on a typical night would show that someone goes in or out of it approximately every 5 minutes, and most of that is the kid. My sister wants me to report it as “suspected drug activity” for the amount of traffic, but I feel that would be filing a false police report, because I know that most (but not all) of it is the kid.

10:45 right now, and there was a bit of traffic until about 10:20, when I heard an adult speaking to the kid right outside their door. Now it’s quiet, but we’ll see what happens closer to midnight.

I plan to be in the office at 9am sharp. Then probably go from there to the police department to have a chat, including whether or not curfew applies here.

Or catch that little shit alone and calmly and quietly let her know that you’ll see her “later tonight”. Might scare the shit out of her, but maybe she’ll get the picture.

I realize you put the “o I’m kidding” smilie in there as insurance, but are you out of your damned mind?

A 47-year-old man single male catching 9- or 10-year-old girl at midnight and telling her he’ll see her “later tonight”? What could possibly go wrong?

Chimera, don’t you have even one neighbor who can back you up on this so it’s not just one single guy against a family?

Well, my sister is giving me her computer with a webcam, but I think it’s a bit big to go unnoticed if I mount it over my door in the hall, pointed at their door.

Why does it need to go unnoticed? Maybe it would stop the problem…

Hey, you could put up a fake video camera.

Two video cameras - an obvious, fake one, and a small, real one, to catch them breaking the obvious fake one - then you have them for property damage as well as everything else you catch them doing.

If you have a peephole in the door, i think there is a fish eye camera that can be inserted there … or hidden cameras=) 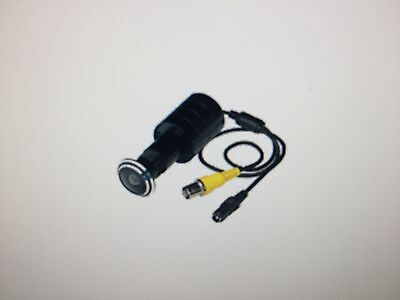 the second is technosqueeable, but the first link has some normal looking stuff, exit sign, smoke alarm … then you just need to gt an audio recording of the mayhem going on. I do not believe that either option above has audio [but I may be wrong]

For only $200 you can record the little shit screaming in HD and play it for the landlords. Or perhaps you have an iPhone? Just get a reel full of it and record the next talk you have with the mother.

Nah go with one of these for $280 it will get the message across. http://www.flemingoutdoors.com/bear-traps.html

I certainly think you shouldn’t swear at the kid or even yell at her. And I cannot believe that Alice the Goon is seriously suggesting you make such a threat to a child. Jesus.
[/QUOTE]

Oh noes, won’t somebody think of the brats? Its not a threat- he probably will see her tonight, when she’s disturbing the peace of his home.

This was worth sending me a nasty PM for, Alice the Goon? Really?

This was worth sending me a nasty PM for, Alice the Goon? Really?

That was nasty? You’ve led a sheltered life, I take it? I can’t stand self-righteous bitches that takes jokes just a bit too far so that they can say things like, “OMGoneone how dare you say that to a CHILD??!” Maybe you should stay in MPSIMS with the rainbows and kittens.