Have you even met a MAGA supporter?

The type that believes Trump not only won the 2020 election but is still secretly president and still in control of the military and may use the military to remove Biden from the WH who is just a powerless puppet and has no power to do anything, while this same person blames Biden for things like the pull out of Afghanistan, high gas prices and inflation, and believes in the ‘deep state’ where someone secretary is running the government and how evil that is.

Yes I think their tactic is to have our heads explode.

My mother isn’t that far gone, but she voted for Trump in 2020, rails against Biden all the time (in 2020, she said “If Biden wins the election, you can forget about having the right to go to church again”) and believes Texas secession, violent riots (she bought 2 guns just in case they “come for us,”) or civil war may be right around the corner. She follows all kinds of religious prophets who already have a track record of false predictions/prophecies. And she is a Covid anti-vaxxer too.

The irony is that she was a diehard Trump opponent in 2016.

Maganut. He believes everything Alex Jones says. Theres no reasoning with him.

This one is close, perhaps close enough, but yes I did meet some that go whole hog on this CS.

The claims that Trump will be reinstated appear to be linked to the widely debunked QAnon conspiracy theory. Some supporters of QAnon, which espouses that former President Trump is secretly fighting a cabal of child-sex predators that includes prominent Democrats, Hollywood elites and “deep state” allies (here ), have claimed that Biden is not really president and that the military is secretly in power until Trump returns to office.
[/quote]

Fact Check-Claims Trump will be reinstated on August 13 stem from...

Users are falsely claiming that former U.S. President Donald Trump will be reinstated on Aug. 13, 2021. This claim stems from a conspiracy theory and is not based in fact. 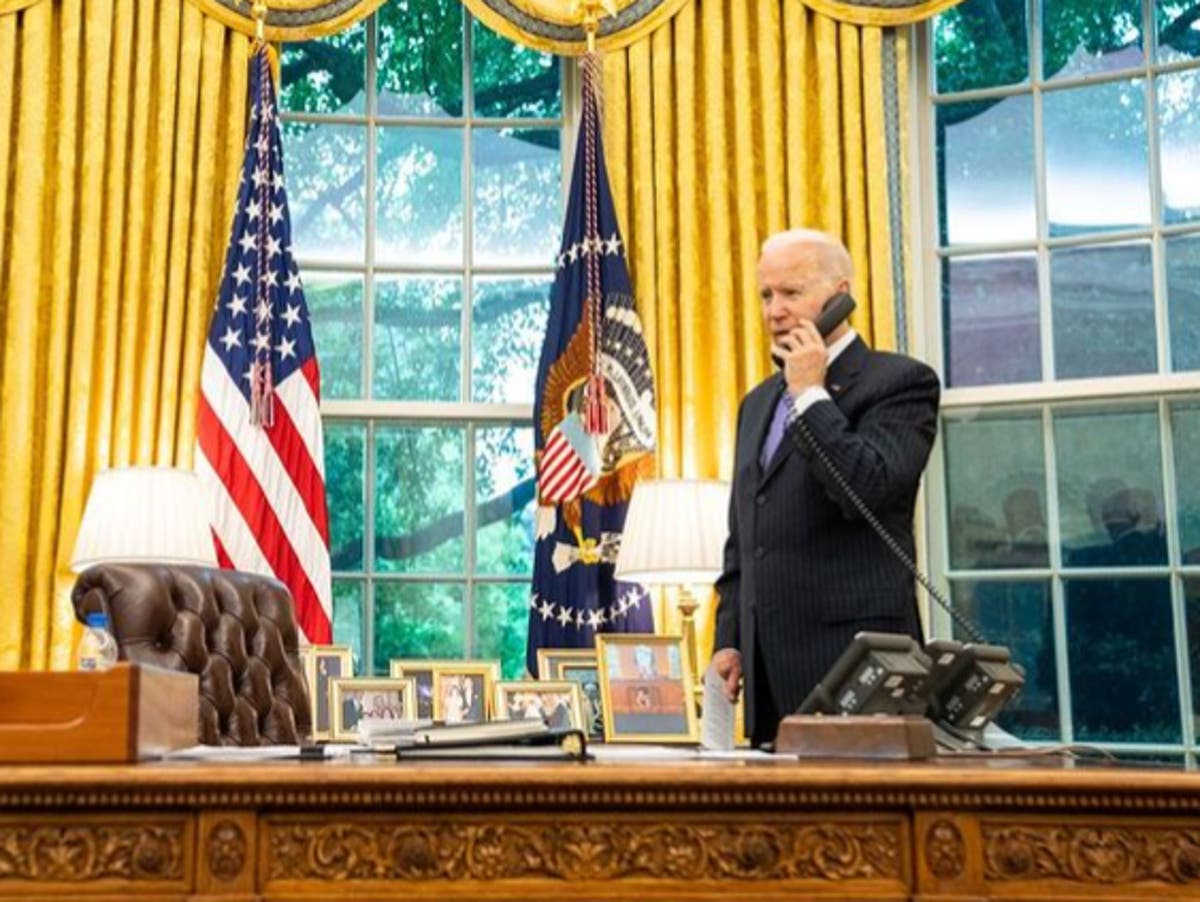 Yeah, I haven’t seen this creature in the wild and think it’s probably very rare. But I’ve encountered plenty of less extreme MAGA supporters, who fervently believe the election was stolen.

Jordan Klepper talks to these people all the time.

I would argue that you still count as a full MAGA supporter even if you don’t believe that Trump is still president, as long as you believe the election was fraudulent and Trump should be president.

I’ve seen a few on my Dad’s Facebook wall from people he knew in school, but none that I know personally. (Dad’s computer is in a place where it’s easy to inadvertently see the screen.) I’d already purged my own wall of those who were all about “liberal tears.” And the few people I know who did excitedly vote for Trump in 2016 were already being quiet about it in 2020, let alone in 2022.

Here is one exactly fitting at 3:30. Jordan Klepper vs. Iowans Who Think Trump Won - Throwback | The Daily Show - YouTube

Thanks to gnarator for their post and the link above that they provided.

I’m going to echo a few others here and say that you can be a MAGA supporter and not think that Trump is secretly president and running the country. That’s full-blown Q-anon conspiracy crap.

I can’t say that I know anyone who is full-blown Q-anon, but I know plenty of MAGAts. I live in a very red section of a blue state (Illinois). Bailey will win for governor by a 3-1 margin in our town, and he fully admits to being anti-abortion period - no rape, no inscest, no mothers-life-in-danger. Had to deal with a guy ranting about Sesame Street changing Cookie Monster’s name to Veggie Monster (dude, they didn’t. They just had a few segments about veggies being better for you and tasting good, and the blue puppet agreeing). There’s a guy down the street that still has a street-side stand selling MAGA and Trump merchandise. My BIL re-posts snippets from Fox News amongst other things. All of the gas stations have those “I did this” stickers. Yeah, I know MAGAts. I’m sure some of them are full-blown-Q-anon idiots, but if I know you lean towards the MAGA, I ain’t getting that deep into your head to find out.

believes in the ‘deep state’

Yes, my son and some of my affluent grand children. There is no depth to their belief. They identify with Trump as an individual. They see themselves as members of a superior class. They view non-Trumpists as either deliberate welfare queens or unwitting pawns in the socialist state.

It is not possible to reason with them. It’s more fun to join their craziness. I get them stoked up on states rights and then argue that Utah should have been granted statehood as a communist, Christian theocracy. Or I argue that the Communist Party was a positive political force in creating the modern US. I use Harry Bridges and the San Francisco longshoremen as an example. This is perhaps bullshit, but I win because they always come to class unprepared.

Of course that doesn’t accomplish anything.

Who cares - it’s more fun than arguing about masks.

A cousin of mine drank the Kool-Aid. His biggest fear is the Democrats want to make the US a communist country like Russia or China. When others point out to him the only “politician” that has ever talked about anything like this is Trump and his president for life crap, he suddenly starts blaming everything wrong with this country on Hillary Clinton. His wife has also put a crimp on his rhetoric, she won’t let him plaster Trump stickers and flags on his pickup. She said if he wants a clown-mobile, he isn’t going to make one out of a $50,000 pickup.

A few people in my Wifes family I suppose. But they haven’t totally fallen over the edge as far as I can tell. I think a few are embarrassed that they voted for the traitor. I don’t bring it up, neither do they.

We don’t talk about it. But they certainly know how my Wife and I feel. Many are also hard core religious. We don’t talk about that either. One time visiting, they where off to church one morning. I declined. No worries. I did change their kitchen TV from FOX to CNN while they where gone. That didn’t last long.

Aside from politics and religion, we all get along really well.

Some seem to have come around. At least a little bit.

For certain values of “met,” sure, they come to DC all the time. It’s usually best to just ignore them. Every now and then you’ll get some lone yahoo in the next barstool spouting off dumbfuckery, but that generally doesn’t end well for them.

A cousin of my wife’s is Ultra MAGA. She certainly believes the Biden presidency is illegitimate, although whether she believes that tRump is secretly president I’m not prepared to say. I do believe she’ll cackle in glee should this civil war that she hopes will happen actually happens, and Democrats (including many of her own cousins) will be shot in the streets.

Same for a cousin of mine, and in Steve’s case, he probably really does believe that tRump is secretly running things. We have limited contact but for when he shows up on one of my FB posts with “whatabouthillary?!?!” or “whataboutobama?!?!”

Some friends of the family, the whole family is Ultra-MAGA, although I’m going to hazard a guess that none of them genuinely believe that tRump is secretly the POTUS.

I work for a Trump fan. I’m not sure if he really believes Trump is still secretly the president and in control of the military, but he’s convinced that Trump didn’t do anything wrong (ever!) and this is all just a witch hunt over some stupid paperwork.

He and I talk all the time about politics. We have acknowledged that we need to be careful and respectful with our words, but we both really enjoy the conversations and so we discuss the state of things pretty regularly.

After Lindsay Graham made his threat about riot in the streets, I asked him if he was ok with that sort of thing. He claims not to know who Lindsay is, but he said he’d probably riot in the street if Trump is arrested, because it’s not fair since Hilary was never arrested. Again, throughout our conversation, he agreed that it would be wrong to riot, things need to be solved in the courts, etc, but in the end, he’s still gonna riot.

When he gets backed into a corner, he will throw out a question that he know’s I can’t answer, like do I know how much every member of congress is worth and when I say I don’t know, he’ll tell me I’m not educated about these things.

Earlier this week I told him that Trump is really a very bad man and has been all his life and that I couldn’t understand how he didn’t see it. He claims he never knew about the bankruptcies, the failed university, failed steaks, vodka, etc. That’s his fall back. Claims ignorance when convenient. Then tells me I’m not educated.

The key thing is that they can’t admit wrong to someone who they perceive as an opponent.

If you were a fellow MAGAt, they might concede that there are some issues with Trump, in private, but not when they think you’re on Team blue.

That’s been my experience talking with my Trump-loving family members, they’ll agree with you for a moment but somehow wind up right back where they were.

I’m not sure any are actual Q-anon MAGAts, possibly my brother, but I don’t have the will to find out.

I have several Trump supporting relatives but two in particular really do believe the whole lie. One of them truly believes in the whole pizzagate/adrenochrome thing and she posts about it all day long. She refuses to speak to my little part of the family mostly because my son is transgender and to her that means I’m a child abuser for allowing him to go without the mental health treatment and prayer that cure him of this disgusting disease brought to us all by the evil Marxist socialist leftwing president Biden.

She’s also in to that new biblical numerology crap too. She posted today some magical formula related to the queen’s death.