How did Rudy get to Georgia?

For all the excuse-making (he claimed his medical condition made flying impossible), I suspect he didn’t bite the bullet and travel by bus, train, car or motorcycle in the end, but simply got on a flight. “Oh, well, my bullshit didn’t work–guess I’d better fly and get called a liar for the eightieth time this week” except I haven’t read anything about how he traveled. Have you heard anything?

How did Rudy get to Georgia?

He was looking for a soul to steal.

Story for those wondering what Roger is going on about:

Rudy Giuliani, who was told by Atlanta prosecutors that he is a target in their probe of former President Donald Trump's 2020 election subversion schemes in Georgia, is appearing behind closed doors for grand jury testimony in the investigation.

He got on in South Detroit.

Showing up in court in a wheelchair was a trend a while back, and Rudy would have had the perfect excuse after his traumatic back injury.

I seem to recall this kinda bullshit for sympathy in mobster cases in NY . . . if only I could remember the name of the guy in charge of the prosecutions.
Drudy? No. Trudy? No, it was a dude. Grudey? No, I think that’s from Guardians of the Galaxy. It’ll come to me, I’m sure.

Nah, he took the Night Train

That Night Train’s a mean wine.

And I bet Rudy is a mean drunk.

So the two go together like, I don’t know, tyranny and …

Was a good friend of mine.

I never understood a single word he said, but I helped him drink his wine.

Getting back on the real topic, I found this article. 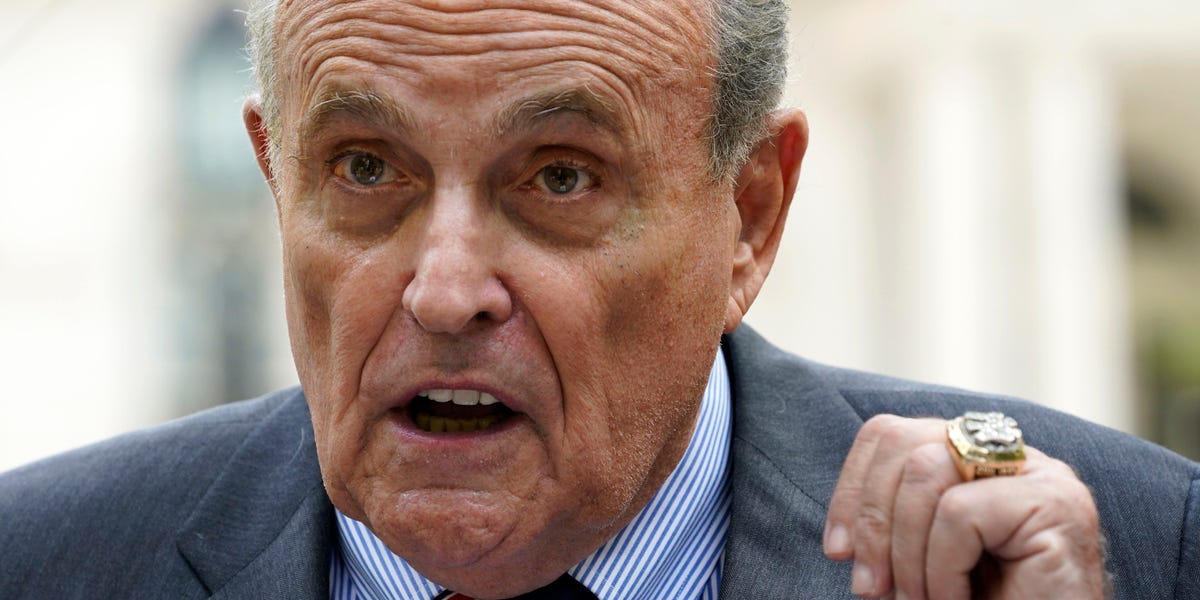 Judge suggests Rudy Giuliani travel by train or 'Uber or whatever' after his...

"I'm confident [Giuliani] can figure out a way — short of a Greyhound — to get him to Atlanta," the judge said during a court hearing on Tuesday.

The judge is very unsympathetic as Rudy’s lawyers claim he can’t travel.

that article is from BEFORE Rudy showed up in court yesterday. I remain curious in why no one I’ve read seems to have looked into how Rudy traveled to Georgia. Was he seen in NYC, for example, the night before he showed up in Atlanta? That would seem to pin down “air travel” as his choice, “medical issues” notwithstanding.

Or do people just consider Rudy telling lies to the court as his standard M.O., and not worth exploring?

I found this article… 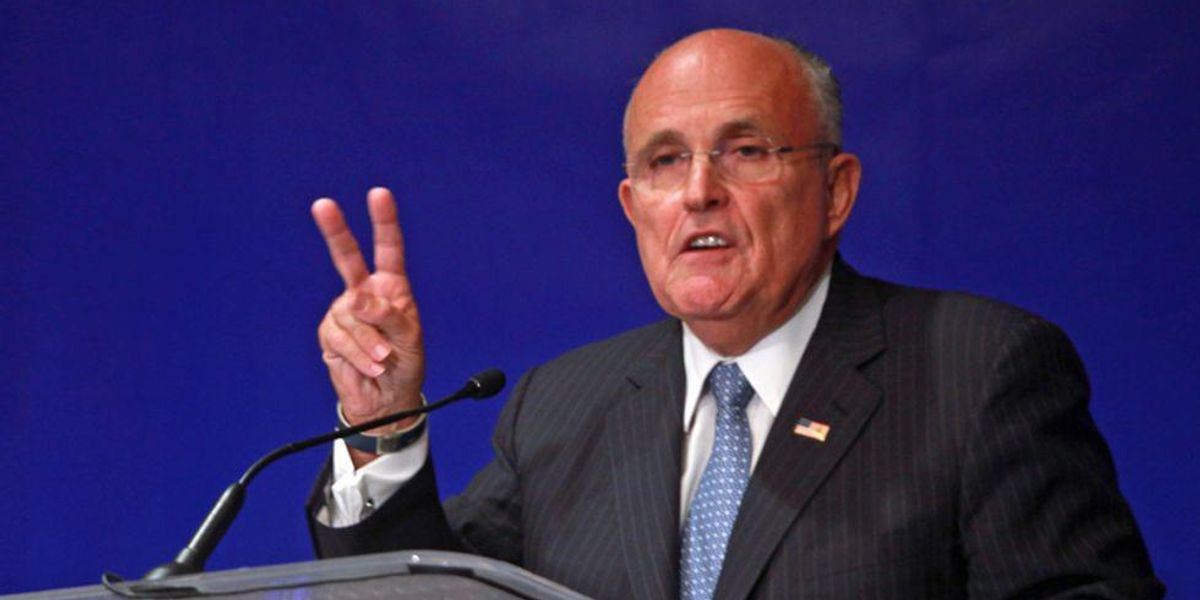 Former Mayor Rudy Giuliani was subpoenaed by the district attorney's office in Fulton County, Georgia to answer questions about possible voter fraud in the state as Donald Trump pressured lawmakers to change the 2020 election results. Giuliani, who...

As it turns out, Giuliani’s claim that he couldn’t fly also flies in the face of the fact that he has been traveling, as recently as a trip to New Hampshire, according to his tweet.

Speaking upon his return to New York’s John F. Kennedy International Airport, Giuliani didn’t provide any additional details about his appearance or testimony, including the type of questions he was asked. He was pushed through the terminal in a wheelchair alongside his lawyer, Bob Costello.

Giuliani’s attorneys tried to delay his appearance before the special grand jury, saying he was unable to fly due to heart stent surgery in early July. On Wednesday, Giuliani said “my plane ride was OK,” noting that it was his first since the procedure. 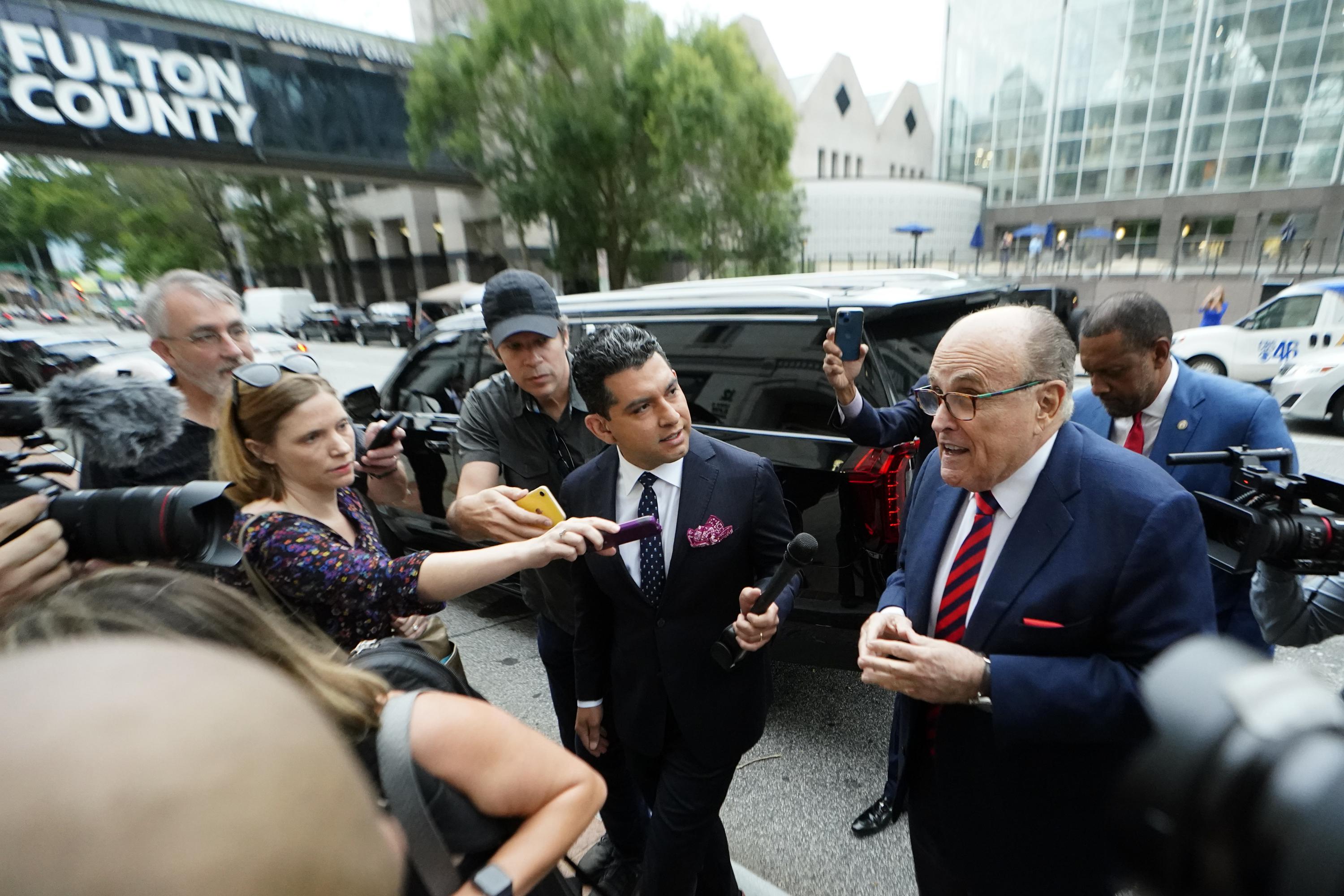 ATLANTA (AP) — Rudy Giuliani said Wednesday that he had “satisfied his obligation” after facing hours of questioning Wednesday before a special grand jury in Atlanta as a target of an investigation into attempts by former President Donald Trump and...

Not that I want to defend Goo-liani, but it’s quite possible he wasn’t lying at all. He could have very well been telling the truth about having medical advice not to travel by plane. That makes it an excuse rather than a lie.

he claimed his medical condition made flying impossible

I am trying to find that, and I’m not finding it. What I’m finding is the claim that he wasn’t “cleared for air travel”. That’s different from saying it’s “impossible”. He could certainly choose to risk his health by flying, and it seems that is what he did.

I do think that he was just using this as an attempt to weasel out of appearing, and the judge was clearly having none of it.

Isn’t heart stent surgery done by running the stent up your femoral artery? It’s not open-heart. I’m pretty sure he was cleared to fly by the time he flew.

Did you see this part of the AP article describing him returning home, via LaGuardia airport, which I cited upthread?

He was pushed through the terminal in a wheelchair alongside his lawyer, Bob Costello.

Damn, now I want a movie about Rudy’s Epic Uber Ride. He catches an Uber to Georgia. Of course, the driver is a recent immigrant to the US, trying to make a living in the gig economy. Gradually, they get deeper and deeper into a discussion of everything that’s wrong with American right now.