It’s about these two kids. They somehow invent (or find I can’t remember) a program in their computer that makes a energy/force field bubble.

Then they figured out a way that they could get inside the bubble. They made themselves a crappy little spaceship, got it inside they bubble and went for a little joy ride.

It was at that point near by aliens took over the bubble and brought the kids to their spaceship.

I’m going from a vague memory here so it’s possible I got some of the details wrong. 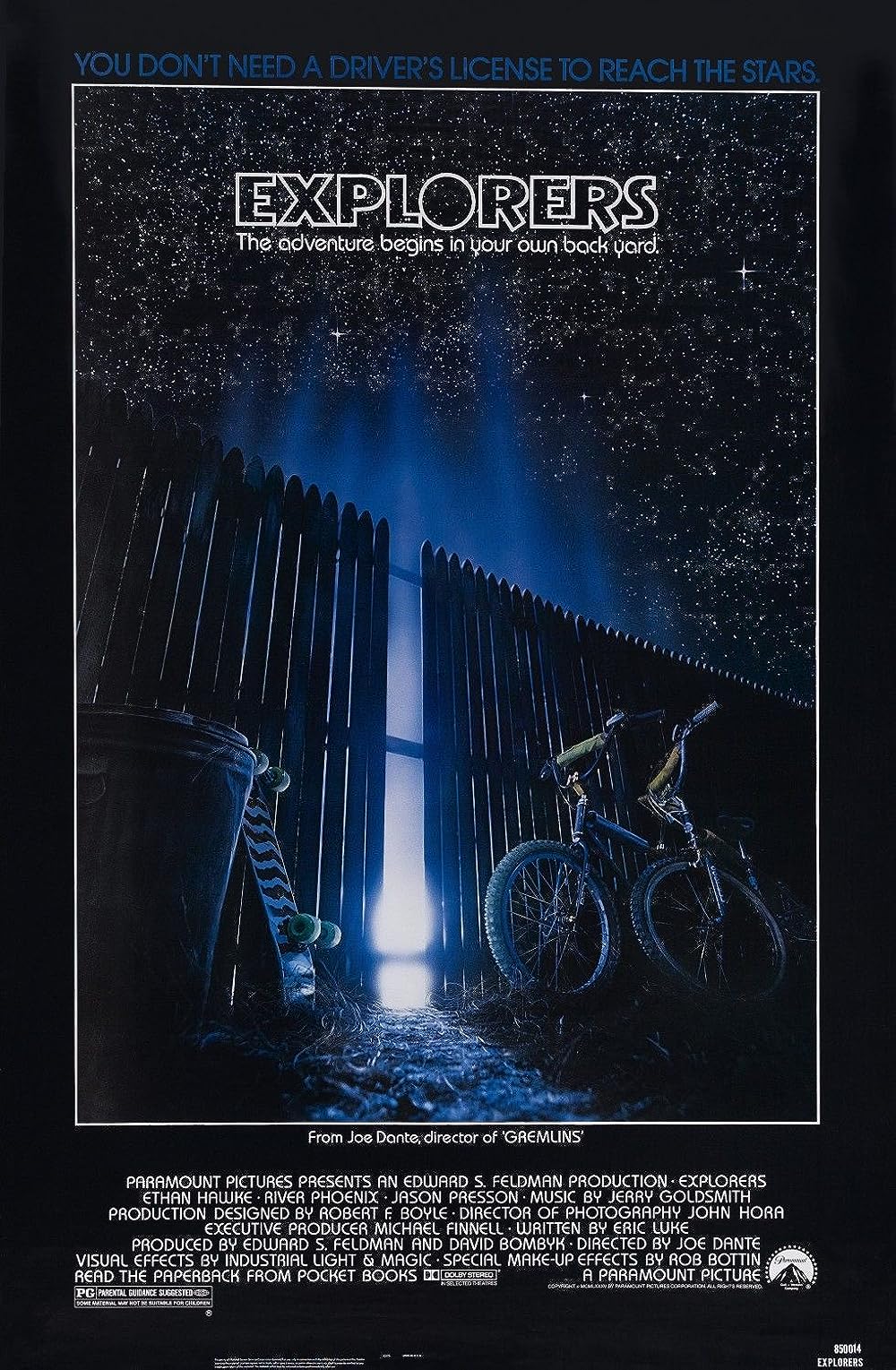 Explorers: Directed by Joe Dante. With Ethan Hawke, River Phoenix, Jason Presson, Bradley Gregg. A boy obsessed with '50s sci-fi movies about aliens has a recurring dream about a blueprint of some kind, which he draws for his inventor friend. With...

That’s it. As usual the Dope nails it! Thanks guys.

And in case you miss it, the rat’s name is Heinlein.