This article went quasi-viral. A woman creates a fake profile, uses a models face and tries to make the profile as vile as she thinks she can hoping to see how many, if any, men will respond. She was embittered by her online dating experiences, and wanted to prove to herself that it was a shit way to meet people. 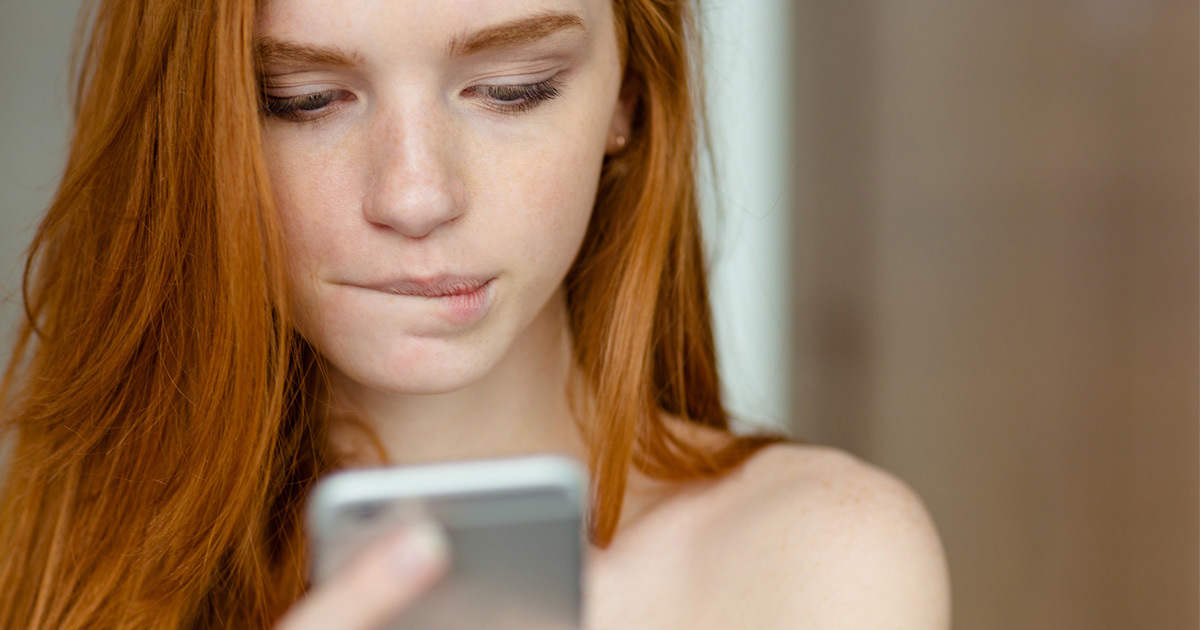 4 Things I Learned from the Worst Online Dating Profile Ever

I made the OkCupid profile of the Worst Woman on Earth, hoping to prove that there exists an online dating profile so loathsome that no man would message it. I failed.

A major flaw in her logic (seeing how she is not a man) is that she doesn’t seem to grasp that the men do not want to fall in love with the woman or become emotionally intimate with her and become friends with her, they just want to fuck her 5 or 6 times and then forget she exists. She seems to think a bad personality will be a deal breaker for casual sex. Plus her idea of ‘crazy’ just comes across as funny. So I doubt most men took the stuff she said seriously (about wanting to pull people’s teeth, knocking beggar cups out of the hands of the homeless, being an Aaron Carter fan, etc).

I’m under the impression that guys will put up with a lot of crap and craziness in exchange for casual sex with new, fertile women (thank you evolution, you amoral shortsighted dick), but they won’t get involved with someone like that.

So what, if anything, can a desirable woman (attractive, 18-29, thin, etc) say that will make her unappealing for casual sex?

The only things I can think of are things like:

If she said something like ‘I believe 80% of all consensual sex is technically rape and should be treated as such’, or if she said having sex then blackmailing the guy by claiming it was rape was an easy way to make money. If you said it in a such a way that it couldn’t be interpreted as a joke, that would send most guys running.

If she had 6 kids that would be a turn off, but not enough to discourage casual sex.

If she had an STD, maybe. But you can just wear a condom.

Being really belittling and rude could work (calling a guy loser, failure, pathetic, not good enough). But I assume that works mostly because it makes a guy realize he has no chance. I’m more interested in situations where even if an attractive young woman offered casual sex you’d be disinterested.

If she was the daughter of a dangerous criminal who would retaliate (a la a very Harold and Kumar christmas) that would put people off.

If she were a tranny (if you are exclusively hetero or homosexual, you likely won’t find the gender you aren’t interested in attractive).

I’m out of ideas. Maybe I’ve been sheltered.

This appears to be more of a solicitation for opinions than a debate.

If I were still single and looking, pretty much anything that would make me dislike her would also make me not want to fuck her. There are way too many fish in the sea to put up with someone I otherwise can’t stand for the sake of sex.

Honestly, random hookups are a fairly common thing. If a guy isn’t looking for a relationship (either because he doesn’t want one or he already has one) he’ll hook up with anything as long as there’s a good chance he’ll never have to see the person again and/or a good chance he can hide it from his partner.

As for a “dating” site, it’s hard to pin down who is “looking for” someone and settling for the “right now” aspect while they continue to look and someone who isn’t in it for the dating at all.

But I do concur with your general statement with one caveat – Women do the same things, it’s just that each man and women enter and exit the phases of their lives due to the dictates of their biology and environment, so at any given time you may not find a “right person” to settle down with because you are still hanging around the places you hung around for easy sex from a year ago when you just wanted one nighters.

I agree. There is nothing in her profile to put a 20-something me off. Some of that crap is just too comical to be taken seriously.
I remember when the Man Show used to be on. They had a segment where they had a really hot girl ask guys to do some crazy shit for her. And most of them would do it. In one segment, they had what appeared to be a dead guy rolled up in a carpet, hot girl would ask guys to help her move what was obviously a (dead) guy in a carpet, (even though she just told them it was a carpet, forget about the feet hanging out at the end.) and some guys actually tried to help her out!

I find the question to be a little weird. There’s a lot of crazy shit a woman could say that would make a man not want to have sex with her.

I rarely listen to more than 10% of what a woman says.

Reminds me of the SCUM Manifesto…

For me it I think it would be more of an attitude than something she said. For example: If she felt that I should be grateful for her even entertaining the thought of having sex with me. I have no use for her, sexual or otherwise.

Show me a beautiful woman and I’ll show you someone who’s sick of fucking her.

Yes there is especially in my case. The woman in the article would not qualify because she thought she was being obnoxious when I really thought she was hysterical and pretty (at least in the picture although it was a stock model photo). It was a fake but I would have gone out with her at least once. The humor a plus in my book but someone else could certainly get blacklisted immediately for a more dark and genuine version of the same thing and most of them do. She doesn’t have any concept of how the truly bad ones work so I list this ‘experiment’ as a failure of design and not a comment on men in general.

Show me a beautiful woman and I’ll show you someone who’s sick of fucking her.

Absolutely, that is a fallacy that might apply to many younger men but not those of us who have been around the block a few times. I have gotten some really good dates with beautiful and smart women that I probably could have slept with and yet didn’t just because I really wasn’t that interested in being with them more than that one event.

The stakes get much higher when you get older. I find myself becoming much more strict in that regard as time goes by. I will pay a lot for a first good date but I don’t want anyone hanging around that is going to cost me money in the long-term. The most important thing though is that you have to be child friendly. I have two daughters and they are the most important thing to me by far in the world. If someone tried really hard, they MIGHT be able to come in a distant third place. If someone ca’t live with that fact, then we better part company early because it isn’t going to work out in any capacity.

Thre is no way I would even spend the evening with, let alone sleep with, anyone that didn’t share my core values. I also hate sluts with a passion.

Tell him you want to have his baby.

I’m a single father myself and I don’t find this attitude healthy at all. And I can’t imagine any girl with a good head on her shoulders signing up for such a deal.
Sometimes the kids come first and other times the GF comes first. But NOBODY always comes first. That’s just crazy talk.

I’m a single father myself and I don’t find this attitude healthy at all. And I can’t imagine any girl with a good head on her shoulders signing up for such a deal.

Most people don’t see it the way I do but then again. I honestly don’t really care. That is just the way I think. I know for a fact that I will treat any wives or girlfriends like crap just because I don’t see the point in the long-term. Once you have kids, the purpose is served and they are an expensive liability in all regards. I am not playing that game anymore.

I have resigned myself to only getting the good ones on demand for the short-term and I usually don’t even sleep with them. They are all picked for whatever purpose I want and it usually isn’t sex. That is doing everyone a favor. I can give someone a great night but I will not give them a good life unless they are biologically related to me.

That is your crazy, fringe opinion for the day but it works surprisingly well overall for everyone involved as long as you are honest about it.

Seriously, you listen to them?

If she says anything about hearing the word of our savior, Jesus Christ…

“Don’t mind my vagina teeth, they aren’t nearly as sharp as they look!”

Well, if it’s the woman who writes that “PIV is always rape!” site, I’d probably take a pass.

Oh, hearing her tell me “My husband is a cop” and/or “I have pepper spray” are big turn offs for me.

Tell him you want to establish the emotional relationship first and wait at least several months before considering sex.

Many men will date a woman they like for an extended period of time before having sex. But hardly any man will date an obnoxious woman for any amount of time unless he’s getting laid.