We lost our bestest buddy Pixel about 6 months ago, and earlier this week met this guy: 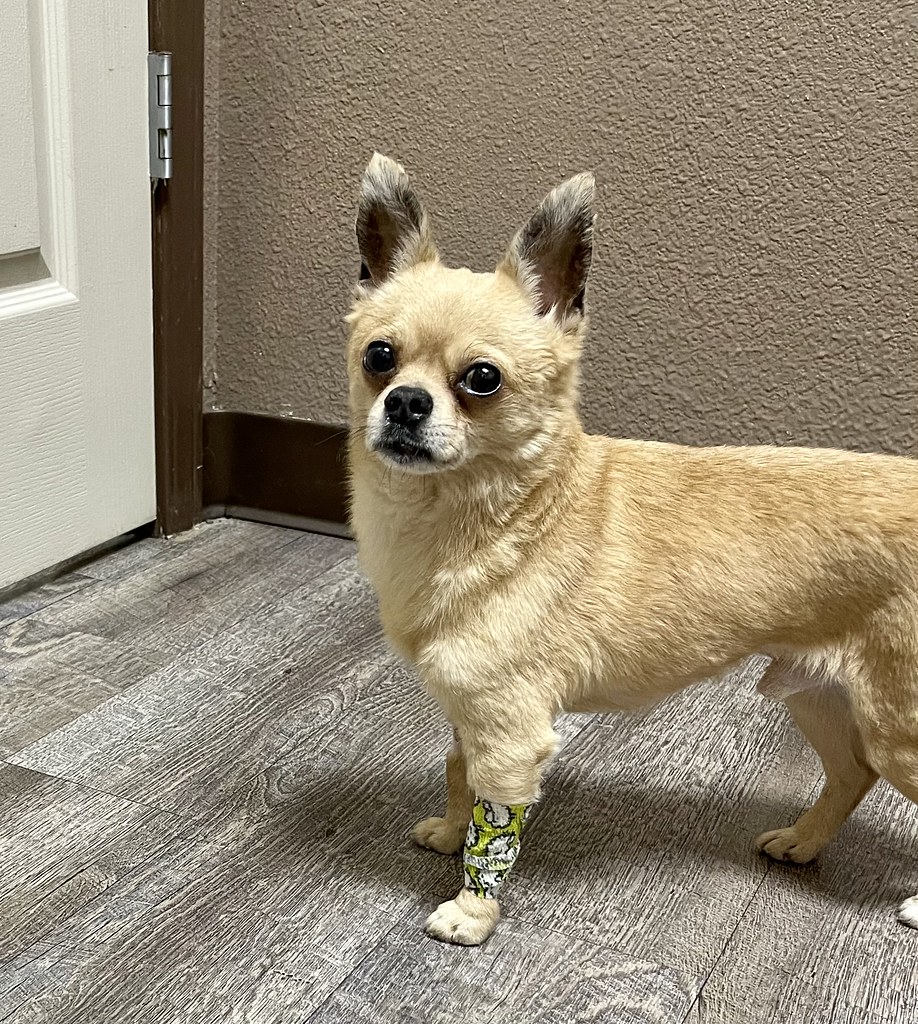 He was left in front of the vet clinic in a shopping cart. I just happened to be there with one of my dogs on the first day they could legally offer him for adoption. He is very small; maybe 6 pounds soaking wet? I’ve suggested Quark to my son as a name, but he’s not biting. So to speak.

Any name suggestions for a small, slightly timid but very scrappy little dude?

Garrus, after Garrus Vakarian, the turian squadmate from Mass Effect.

Well, our dogs throughout the years (just to name a few) were Toby (because he was a wanderer like St. Tobias), Sandy, Tiffany, Monty. Our first deviations from the ‘-y’ thing were Joy and Willow, whose names I never really liked.

Got to tell you, Sandy was our cocker spaniel mut mix. I wanted to call her Muffin when I was nine, and we first got her. But my mother said she was a good-sized dog, and Muffin belonged to a small dog.

So hey, you can have Muffin

If he is stand-offish, name him Kitty.

If timid, Hamster. (You can call him hammy for short)

Albeit a very serious one.

He looks like a Fyodor to me. As in Dostoyevsky.

Looks kind of like a bat. How about Foxbat? Or Foxbatman?

He was left in front of the vet clinic in a shopping cart.

Found in a cart, looks serious and philosophical…
How about René.

I think there might even be a slight resemblance, compare their eyes.

I like what Pee-wee Herman named his dog – Speck.

Found in a cart, looks serious and philosophical…
How about René.

I missed this somehow. Oh, that’s right. I drink. 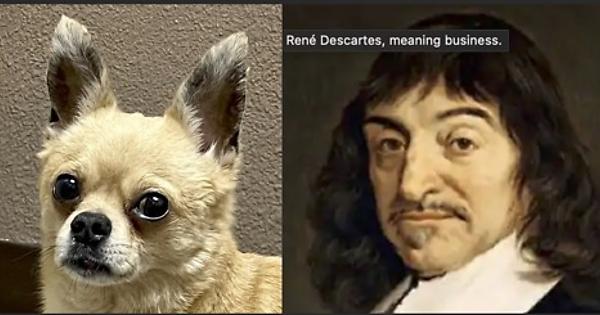 Seems like a Rocky to me. Just sounds right.