The entire season of the late, great CBS dramadie, “Frank’s Place.” Never jumped the shark. Better than “The Cosby Show.”

I can’t find its opening theme song, “Do You Know What It Means To Miss New Orleans?” by Louis Armstrong anywhere, either.

I’ve been waiting entirely too long for this movie to get released on DVD. I loaned my VHS copy to somebody a while back because they asked why I kept going on about the movie so much; I never saw that copy again. I don’t even need any special features; I just want to see the movie again!

Also, in the “not available… should be available… probably NEVER WILL be available…”: US releases of Pom Poko and Porco Rosso, the Studio Ghibli animated movies.

West Wing. It’s available in the UK, but not in Region 1.

I am unable to buy “The Rescuers” or “Sleeping Beauty” by Disney, both available in Euro PAL format. The last in 2 different editions. I cannot buy “Robin Hood Men In Tights.”

Nor can I buy “Green Acres” or “Science Court” and most annoyingly I can’t by a Bugs Bunny collection. At least not a complete one.

There ain’t no justice.

Fred Astaire and Ginger Rogers. All of them would be nice, but if they wanted to leave out Flying Down to Rio, and Roberta, but they must include the following:

You’ll Never Get Rich
You Were Never Lovelier (The best modern update of “The Taming of the Shrew” ever put on film)
Gene Kelly and Judy Garland:

Summer Stock
For Me and My Gal
The Pirate

And a few other Gene Kelly movies not yet available:

Cover Girl: Gene Kelly and Rita Hayworth we expect to dance up a storm, but Phil Silvers matching them step for step? Whodathunkit?

Anchors Aweigh: Gene Kelly and Frank Sinatra as sailors on leave in New York. Kelly dances with Jerry the Mouse.

On the Town: Gene Kelly and Frank Sinatra as sailors on leave in New York. It worked so well the first time, they did it again with new songs four years later.

Take Me Out to the Ball Game: More Kelly and Sinatra.

Dances With Wolves apparently had a pretty early (limited?)DVD release, but you can’t find it in stores and I’ve seen it on ebay for around $100.

In the thread about “panned” movies that you like, I posted one of my personal favorites as Popeye, which I have since discovered is not available on DVD.

Very true. The VHS is OOP too. Sad, sad world.

*Originally posted by SolGrundy ***Also, in the “not available… should be available… probably NEVER WILL be available…”: US releases of Pom Poko and Porco Rosso, the Studio Ghibli animated movies. **

This may not be any help unless you have a multi-region player, but Amazon Japan has a region 2 Pom Poko that includes English (and French) subtitles. 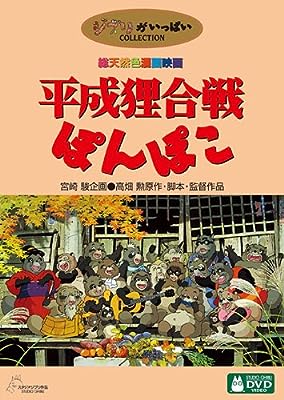 Personally, I’m hoping for Emanuelle in Bangkok to be released on DVD one day. Always hoping…

At Play in the Fields of the Lord. It’s got a pretty heavy-duty cast, and was a pretty amazing movie. I don’t understand why it’s OOP in VHS, and there is no DVD.

Second on Rosencrantz and Guildenstern Are Dead.
Aslo, Noises Off, Star Wars, Raiders of the Lost Ark.

Schindler’s List should be made available, with extras that include a “making of” documentary, deleted scenes, director’s commentary, and interviews with cast and crew. Currently, you can find poor-quality, possibly unauthorized DVDs of the movie, if you scrounge around on the web.

The Depardieu version of Cyrano de Bergerac isn’t available in the US.

I had a thread asking why I couldn’t find it on DVD and found out it had distributed, but is now OOP.

Belle de Jour. My perverted self needs that movie on DVD.

*Originally posted by SolGrundy *
Also, in the “not available… should be available… probably NEVER WILL be available…”: US releases of Pom Poko and Porco Rosso, the Studio Ghibli animated movies. [

IIRC, dh told me that some American outfit will be releasing some Studio Ghibli (subbed!) movies in April. I’ll ask him about it when I call him tonight.

Once Upon a Time in America.

A director’s cut version of Hoosiers. Apparently the producers wanted the DVD to have all sorts of special features with things like deleted scenes and a documentary on the Milan team. But since MGM owns the rights because of Orion’s bankruptcy, they don’t want to spend the money on it because they didn’t produce the original. How stupid is that?