The deadly vehicle accident in the beginning that turns out to be the ending was done ( and done well, in my opinion) in Lawrence of Arabia. I dont think anyone felt cheated by that. It was ironic and poignant that he died in such a mundane way after having what most would consider to be an extraordinary adventure. The same would apply to the Byrdes.

I really hope we don’t end with “rocks fall and everyone dies”. Sure, that’s an ending, but what a cop out. Wendy or Marty taking the other one out would have more impact. Wendy for sheer love of power, or Marty because he just wants out.

I’ve heard rumblings that Ruth and Junior might have a spin off. I would watch.

) that they did that to make the audience assume that’s how it will end, but then it’ll turn out to not be the ending after all. Because if that really is how it ends, that is shit!

**Open spoilers from here out**

I finally caught up, and found it all in all a solid half-season. I have quibbles here and there with some of the motivation, although it’s more surprise people would act in certain ways rather than not believing they ever would.

Frank Jr.'s willingness to forget about the murder of his father was a stretch. His own dad was killed, Darlene is a threat to his business, he already wants revenge on Darlene for shooting his dick off, and his relationship with Ruth is rough at best. But maybe he’s just lazy and was happy for the excuse.

I was also surprised by Maya dropping the dime on Omar. Her anger was justified, but she just killed her career. I would think someone as smart as her could think up a better angle.

And since it hasn’t been mentioned, the final 7 episodes drop April 29. 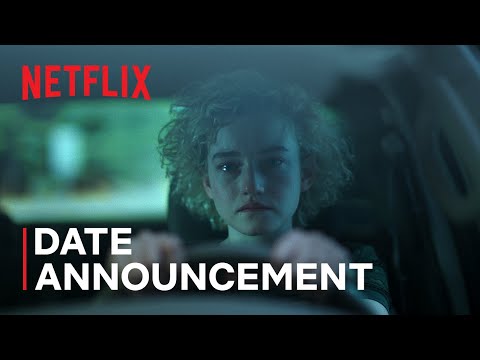 Frank Jr.'s willingness to forget about the murder of his father was a stretch. His own dad was killed, Darlene is a threat to his business, he already wants revenge on Darlene for shooting his dick off, and his relationship with Ruth is rough at best. But maybe he’s just lazy and was happy for the excuse.

Agreed, but I think they covered it well enough - Jr thought Sr had no respect for him, Sr dumped on him for the Marty deal, Sr didn’t go after Darlene for shooting his dick off (I don’t remember the details there, I imagine there was some sort of let bygones be bygones treaty).

Jr is pretty well established as not liking dad any more, and there is no proof that Darlene killed him, so killing her would be bad for (future) business and there is no known ‘family honor’ reason for him to do it. Although you’d have to think that someone in Sr’s reporting structure knew where he was going that day, so when Sr completely disappears there are going to be questions.

Of course, that is all moot now.

I aspire to be as calm under pressure as Marty. No matter what horrific curve happens to be thrown his way, he just acts like it’s another ho-hum problem that he can fix with a few phone calls. It’s nearly impossible to really rattle him. 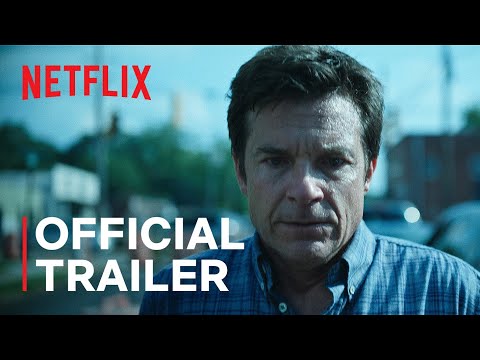 Season 4, part 2 dropped today. Plan on having it done by tomorrow.

No details or spoilers. Just overall opinion.
I did not feel the threads came together and resolved as well as they should have. As I watched the final episodes, I kept feeling that things were getting more widely spread apart. Wondering how they were going to get settled out. I do feel that the end is representative of the overall situation. But what threads were tied up, were not done that well. So sad about one in particular.

“Well, that’s it. This show just became officially unbelievable.”
Cathy gives me a look which is best described as ‘lol, wtf? You know we are watching Ozark, right?’
"Look, I can believe this wimpy, nervous accountant somehow becomes a drug lord, ordering the Mexican cartel around with the same aplomb he orders the FBI to do his bidding. I can believe his 14yo kid is a master money laundering sonuvabitch. I can believe you can have a woman killed in front of you, you given HER job, and then be able to work the room like a bunch of seasoned professionals…
… takes deep breath…
"But 21yo Ruth going to the U-Haul dealership and just renting one? At twenty-one? No freaking way. Not buying it."

Liked it… but not totally. Which is fine.

The Byrdes won, at the cost of Jonah’s soul. Loved that, truly.

Do not expect ‘timeline believability’: Government institutions work at the speed of plot, and that is a sight to behold.

They used a cut once to resolve a situation. Can’t remember what it was exactly, but Cathy noticed it, and yeah, they used an editing trick to get… yes, to get Javi’s body out of the skyscraper. Lol.

The crash? I mean… I’ve had fender benders which were more inconvenient! They walk away, “wow, guess I didn’t want to see Mom die after all”, and get ready for their benefit dinner.

What about the van? Any trips to the hospital? Insurance issues? There was someone violating the law who was also involved… were no witnesses willing to hang around and testify, giving statements to the police? Just ‘lol’ all around.

The speed at which certain things occurred just destroyed all hope of successfully suspending disbelief.

Particularly Ruth getting her hands on Wyatt/Darlene’s money. Without a will, that’s 6 months to a year under the most fantastical circumstances.

How did they get rid of Javi’s body? Claire remarks in passing “My head of security took care of it.” How? Put him in a mail cart, wheeled him.into the elevator and out the back door? Stick him in a dumpster? Blood trails and cameras everywhere? FBI, who know who Javi is and presumably would be watching him, don’t notice he is missing?

And Grandpa can get a court hearing in three days and a judge will hand the kids to him with no testimony from the parents or kids, no attempt at family counseling or evaluation by Social Servicea and no real evidence of abuse? No guardian ad litem assigned to the kids? Just “Kids, do whatever you want.” That whole family court sequence was ridiculously unrealistic.

I hated seeing Ruth get killed, but I totally understand why it happened. There was really nothing anyone else could have done. Their hands were really forced into acting.

I think this would have been not only a more satisfying event but would have brought the whole series to a better conclusion. With both Omar and Camilla gone there technically is no more Navarro cartel. Word could have gotten back to Mexico starting internal wars for control and they could have had the FBI wanting no part of it to leave town with a “we were never here” notice. Byrds could have all left town and Ruth the redneck local becomes queen of the Ozarks keeping the casino and no longer has to launder money.

I found the ending satisfying. Yes, the legal system/justice system in TV shows usually works differently than in real life (especially superhero shows!), but I have trained myself to just shrug and move on.

Overall, I thought the series was good, but not the very pinnacle of excellence. That’s hardly a criticism, though!

I was kind of expecting Three to do it. He doesn’t come out of his trailer much, does he?
But really, death was the only fitting end to Ruth’s story. In the “Farewell to Ozark” special following the finale, Julia Garner said that Ruth’s arc reminded her of a Shakespearean tragedy, and she’s absolutely right. Macbeth would not have been a better play if he’d killed Macduff and gotten to stay king.

(By the way, do we need to keep spoiler-blurring? Is anyone coming in here before they’ve finished watching?)

I don’t think so. I posted that w/in a week of release, so thought it necessary then.

I finished Season 4 earlier this week. Wasn’t quite as exciting as I had hoped, and the ending was a bit unsatisfying, although I’m not sure why. Too many unknowns still unresolved, perhaps?

Overall, I thought the series was good, but not the very pinnacle of excellence.