Presenting: The Most Vile Person Running for Office in the United States Today (R-Michigan)

So some fucknut Republican named RJ Regan just won a GOP special primary election for a state house seat in Michigan. While on a Facebook Live chat with Michigan Republicans this week, he was walking viewers through how we could still decertify the 2020 presidential election. All top-notch legal reasoning, I’m sure. And this is the Republican candidate for state representative, ladies and germs.

But that’s not all. This esteemed Republican also spent some time talking up Vladimir Putin’s fine invasion of Ukraine. Despite Michigan’s state legislature not having one fucking thing to do with international relations or foreign wars, this raisin dick has sided with Russia over the United States in defending Putin’s invasion, while spouting nonsense about Putin taking out “biolabs” and “missile sites” to “protect [his] children.”

But that’s still not all, folks. This representative of the Grand Old Party of the United States of America, RJ Regan (Republican), laid out for all to hear the stellar fatherly advice he’s given his daughters should they ever find themselves getting raped: “Lie back and enjoy it!”

Lest you think I’m exaggerating, here’s his direct quote: “Having three daughters, I tell my daughters, ‘Well, if rape is inevitable, you should just lie back and enjoy it.’ ”

This is today’s Republican Party. The party of lowlifes, traitors, ignoramuses and conspiracy theorists. Michigan’s 74th House District is lucky enough to have all of those things rolled up into one doughy-faced turd fucker. 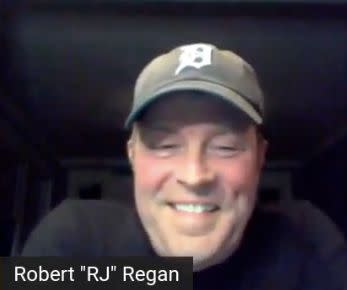 ETA: I challenge anyone to find me someone worse than this Republican doughy-faced turd fucker.

Also, he’s called both the Ukraine war and COVID pandemic “fake.” Has said the Jews run all the banks, were behind presidential assassinations and were behind 9/11. His own daughter has, in the past, publicly campaigned against him. And he’s expected to win the upcoming general election, which will send him to Lansing, where he’ll be paid by me and other state tax payers for his anti-Semitic, pro-rape, and conspiracy-minded views. Yay Republicans.

It’s sad that such a scumbag could find anyone to elect him, but at least it was only a local election.

The worst we have at the national level, to my knowledge, is MTG. And as batshit crazy as she is, even she purged a lot of her craziest stuff from social media prior to running. (Though she has refused to walk back anything, let alone apologize for it.) This guy seems like the next level. We’ll see if we have anyone this openly extreme in Congress in the future. (I hope not.)

“Having three daughters, I tell my daughters, ‘Well, if rape is inevitable, you should just lie back and enjoy it.’ ”

His own daughter has, in the past, publicly campaigned against him.

Has she ever said anything about incest?

And this is the Republican candidate for state representative, ladies and germs. […] This is today’s Republican Party. The party of lowlifes, traitors, ignoramuses and conspiracy theorists.

Remember that David Duke won his special election in 1988 as the Republican candidate for what was then Louisiana’s 81st district.

Not local, state. I don’t think I’d care so much if he was going to be sitting on a city council or school board or even a county board. But he’s going to be in Lansing, voting on things that affect all residents of the State of Michigan.

But not national, like I said. I consider anything less than a national election to be local.

(I’ll point out that I’m also a state employee for my own state, so I consider anything state-wide to be “local”.)

This is today’s Republican Party. The party of lowlifes, traitors, ignoramuses and conspiracy theorists. Michigan’s 74th House District is lucky enough to have all of those things rolled up into one doughy-faced turd fucker.

He. sounds like an outstanding icon for the party of “Family Values”, “Compassionate Conservatism”, and “Make America Great (Again)”. He was probably concocted in a Koch Brothers lab by mixing the genetic material of Strom Thurmon, Barry Goldwater, Spiro Agnew and Newt Gingrich, carried to term in the rectum of Rudy Giuliani. The GOP must be very proud of their achievement.

Before I say anything further, is this a heavily Democratic district?

Heavy R. He is expected to win.

Hopefully Dems running in other, more purple districts can use this schmuck to portray their own opponents as equally vile. “Folks, this is today’s GOP. Electing my opponent just empowers dangerous characters like this guy.”

I’m surprised that the Michigan GOP hasn’t disavowed him, for exactly that reason. I mean, yes, they criticized him. But they didn’t go so far as to call on him to withdraw from the race, which you would expect from a party with principles.

And the Republicans couldn’t find anybody in the entire district who’s sane?

… a party with principles.

Time to update this strip – replace “liberals” with “RINOs” and disparaging Trump calls. 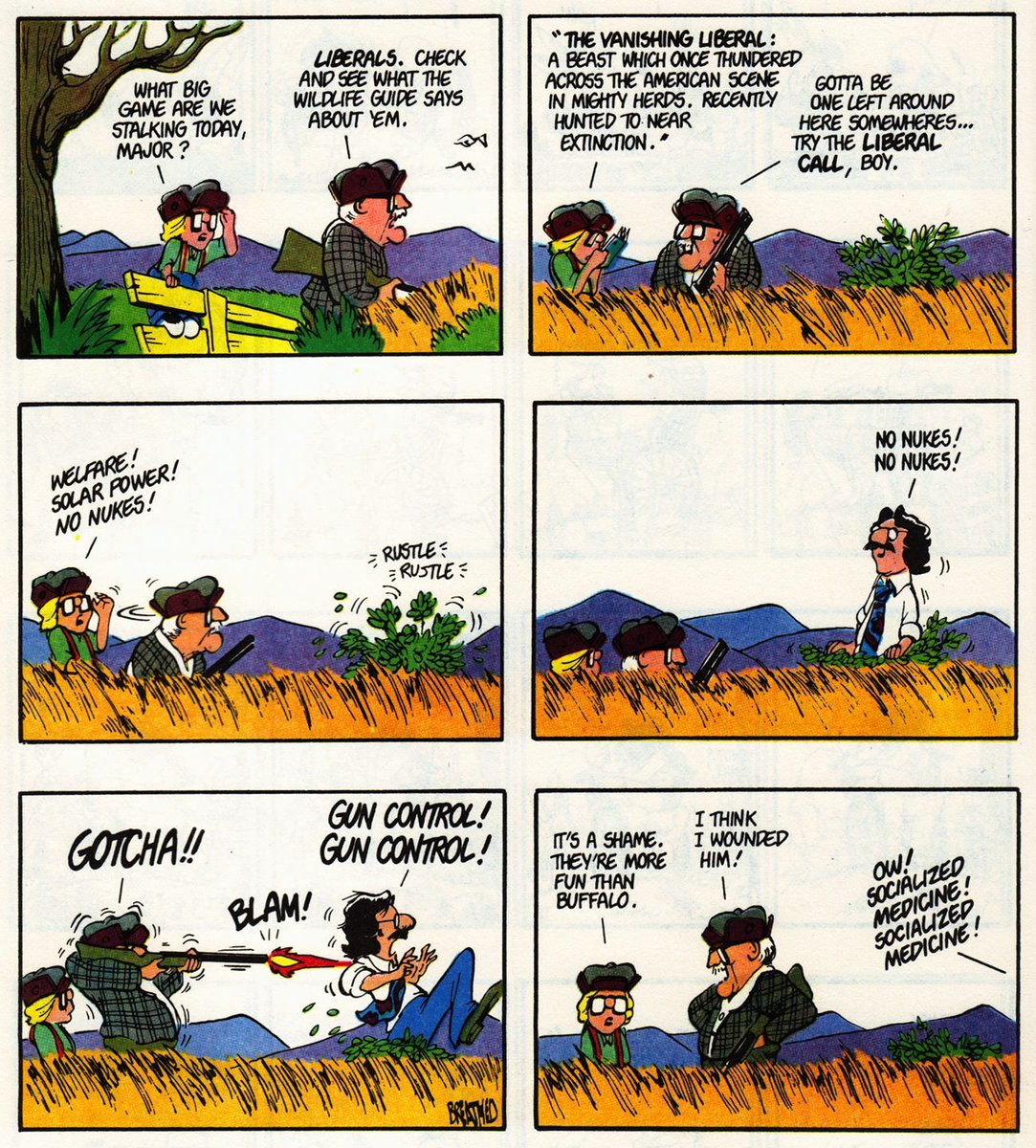 What gives you the impression that the GOP hews toward ‘sane’ in the candidates they back? They’ve castigated Liz Cheney as primal evil despite the fact that from a policy standpoint she’s a hardline conservative and have put an inordinate amount of effort in censuring John McCain’s widow even though she has expressed no interest in running for office. Republicans do not want ‘sane’, and in fact ‘crazy’ like Lauren Boebert, Steve King, and Marjorie Taylor Greene. Crazy is as “on brand” for the GOP as drug legalization is for the U.S. Marijuana Party.

He won a four way race with just under 33% of the vote by just 81 votes over the next closest candidate.

…in the rectum of Rudy Giuliani.

That’ll teach me to eat dinner while perusing the Dope.

That’ll teach me to eat dinner while perusing the Dope.

We saw what leaked from his head, now we see what leaks from the other end.

I’m surprised that the Michigan GOP hasn’t disavowed him, for exactly that reason. I mean, yes, they criticized him.

“I offer my sincere congratulations to … Robert for handily winning (the) primary election, earning the trust and votes of Michiganders through (a) commitment to Republican values,” Weiser said in a statement last week, heralding wins by Regan and two other GOP candidates."

Weiser didn’t respond to a Detroit Free Press inquiry on whether the party will campaign and raise funds for Regan.

Robert Regan's social media presence shows a sustained commitment to spreading false information about the pandemic, Russia and other conspiracies.

Back when David Duke was running for U.S. Senate from Louisiana and then for Governor, Republican leaders including Bush I repudiated him.

But times have changed.

I had thought this thread was going to be about J.D. Vance, who’s running for U.S. Senate from Ohio, and has credentials including a newly found allegiance to Trump and has said he “doesn’t really care what happens” to Ukraine.