The Texas Republican convention is on track to adopt a radical, anti-civil rights, anti-United States platform. I wonder if this might have some unintended impact on the next couple of elections. Could it discourage Texas Republicans from participating in federal elections at all?

It’s smart. They know they can stakeout their position and then force the other side to compromise so they don’t “alienate” enlightened centrists who will demand a solution in the middle.

It’s a well-defined plan for theonomic totalitarianism. As tempting as it is to want to give these people their own Covenant where they can ensconce themselves and their regressive, repugnant ideology so absurd that even Margaret Atwood can’t top it, they don’t get to take a chunk of my country or the unfortunate people who happen to reside there but don’t agree with this outlandish nonsense. 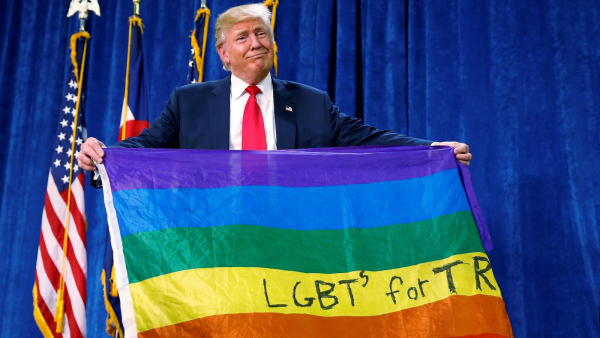 LGBT Equality: The Supreme Court, the GOP and Trump

When Trump celebrated his support from the LGBT community, and pronounced he would allow Caitlyn to use his bathrooms, many of us were unaware or overlooked it. Quite a number of evangelical leaders had cozied themselves up to him, and they must be...

He has gone to rallies and told people to get the vaccine, and was booed. The GOP is out of control.

It will be interesting to see how willing he is to turn on his friends.

How hesitant has he ever been to turn on anyone?

That is not the impression I got at all. I’m willing to bet he doesn’t care about LGBTQ issues one way or the other, but that’s it. Cite?

Trump is pro-Donald Trump. He doesn’t have any deep (or even shallow) political philosophy; he just does whatever gets him attention and seems like it will allow him to line his pockets.

Donald Trump has made it clear that he will turn on anyone at any time if he even perceives that he’s being ‘betrayed’. He attacks people who are trying to help him or give him useful advice, people who have formerly supported him but are alienated by his refusal to live up to agreements or pay what he owes, people who have ‘failed’ him by being unsuccessful in carrying out his impossible and idiotic orders, and anyone who dares to contradict the gibberish that spews from the Big Mac slot below his nose. Trump doesn’t have ‘friends’; he has ‘children’ who are beholden to the value of the Trump name and too incompetent to make their way otherwise, sycophants hoping to get some of that Trump slime on them in hope that the aura will make them glow the same fluorescent orange color that attracts his followers like moths to a flame, and the large collection of people who are allied with him out of fear of the wrath of his followers or who believe they can exploit him for their own ends not realizing that Trump has no plan or agenda for them to manipulate.

Other than a picture from a rally of him choosing to wave a pride flag? 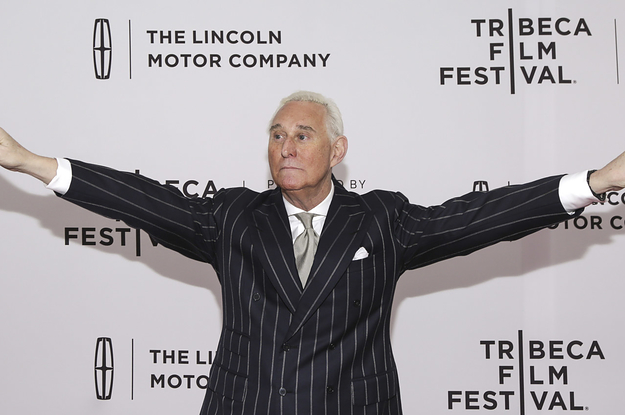 People May Hate Roger Stone, But He's An LGBT Ally

I've worked most of my adult life to make the Republican party support LGBT equality. Roger Stone always supported me.

"Prior to politics, he supported gays, lesbians, the LGBQIA+ community," she said of the president at a Trump Pride event in Florida.

Donald Trump sought to portray himself Monday as an ally of the LGBT community in the wake of the terrorist attack on an Orlando gay nightclub. 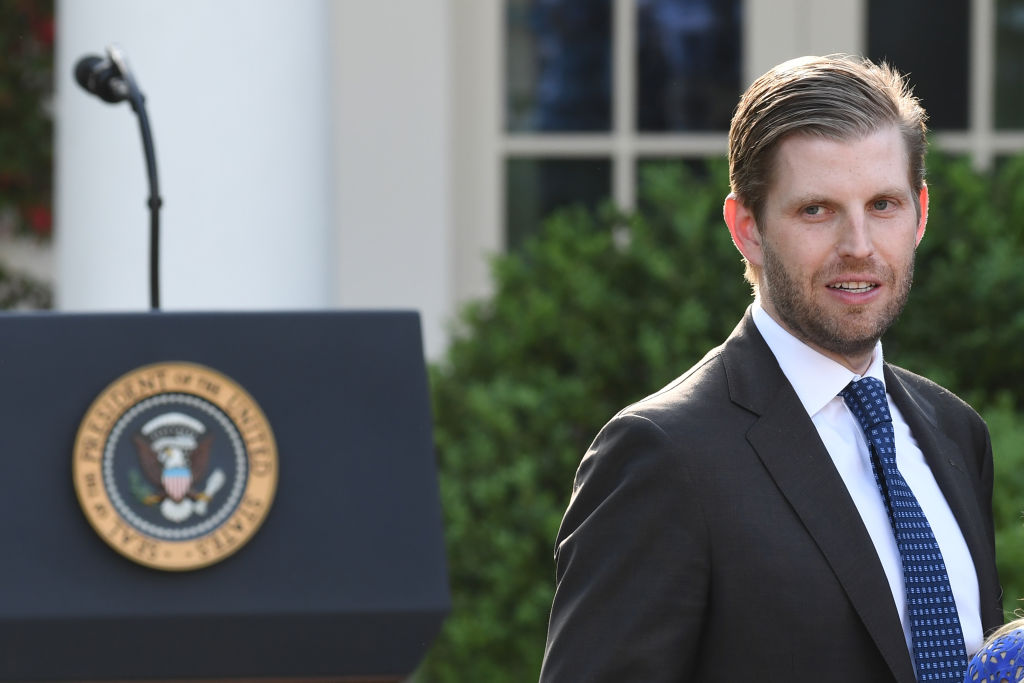 Eric Trump backtracks after saying he's 'part of' the LGBT community on 'Fox...

Eric Trump clarified that he's "a happily married" to his wife, Lara.

Because Donald Trump has never been caught in a lie or arbitrarily changed his position on fundamental issues? This brings to my mind images of of Lucy Van Pelt and Charlie Brown playing football…

As a New York libertine I believe Trump “doesn’t care” if someone is gay, since most anti-gay bigotry in America is rooted in fundamentalist Christian beliefs, and Trump is not one of those it isn’t shocking he isn’t deeply anti-gay on a personal level.

But he also does not care at all about the prospects of LGBTQ people whatsoever, he only cares about his own power and standing. Keep this in mind:

Whatever Trump’s “personal feels” for the gay community, his administration was almost entirely in fief to the strongly virulent anti-LGBTQ sentiment that is mainstream in the GOP these days.

He is fundamentally nothing of the kind. He is an authoritarian, nationalistic demagogue. He doesn’t believe in libertarianism any more than he believes in Episcopalianism. If he believes in anything it is kleptocracy, to the extent that he gets to be the kleptocrat.

But he also does not care at all about the prospects of LGBTQ people whatsoever, he only cares about his own power and standing.

Didn’t Trump support the NC choose your bathroom of choice law? At least until it didn’t play well with his base?

Why would you or anyone else believe anything that comes out of his mouth on this or any issue? You would have be born yesterday to believe he would act in anyone’s interest but his own?

Oh Hmm unless “libertarian” means “doesn’t give a fuck about anyone but himself,” which, maybe I guess? Not really something to rely on though. 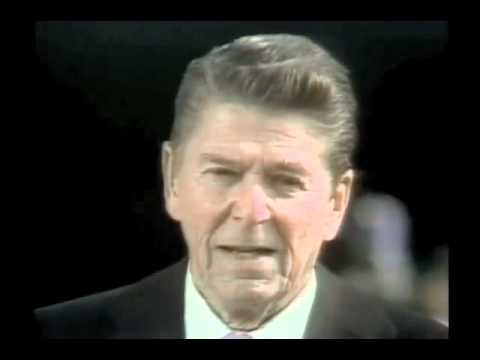 Don’t you remember that they want to drown it in a bathtub? The right has hated the federal government ever since it sought to protect people from state governments.

If he believes in anything it is kleptocracy, to the extent that he gets to be the kleptocrat.

Trump is the guy who defunded the police while telling the world that that’s what Joe Biden wanted, and while calling for the police to shoot protesters.

Trump is fundamentally a natural politician. He’ll say anything to anyone and do anything, for and against anything he’d ever said himself, two days apart.

Trump wants gay supporters when he’s talking to gays. He hates em when he’s away from gays. That’s who he is and, likely, that can’t be changed.

But you’re free to do anything you want. And that could be to push the GOP into a unified position against LGBT people, or work to keep them divided by using Trump’s inconsistencies and well-documented personal choices against him.

If someone is the Great Disunifier and the hallmark of political weakness is an inability to unify people, I don’t see the advantage in helping him to fail at his superpower.

You can play film of him saying it and flying the freak flag high. I don’t see any reason to not cheer for that. Trump wouldn’t be afraid of doubling down for gay if challenged on the topic, I venture to bet.

The man’s an idiot. The Republicans take advantage of it, already. No reason for you not to as well.

Well, not so shocking when you think, “oh, right; Texas Republicans”

(9) A free enterprise society unencumbered by government interference or subsidies.

Wonder how they feel about subsidies benefitting oil and gas producers or cattlemen.

So, I see, an All-Thoughts-And-Prayers-Only approach to what is supposed to be the problem. Basically, the answer to emotional issues is just let the young man go over the edge and then institutionalize him (or let him have suicide-by-cop, I suppose).

He’ll say anything to anyone and do anything, for and against anything he’d ever said himself, two days apart. 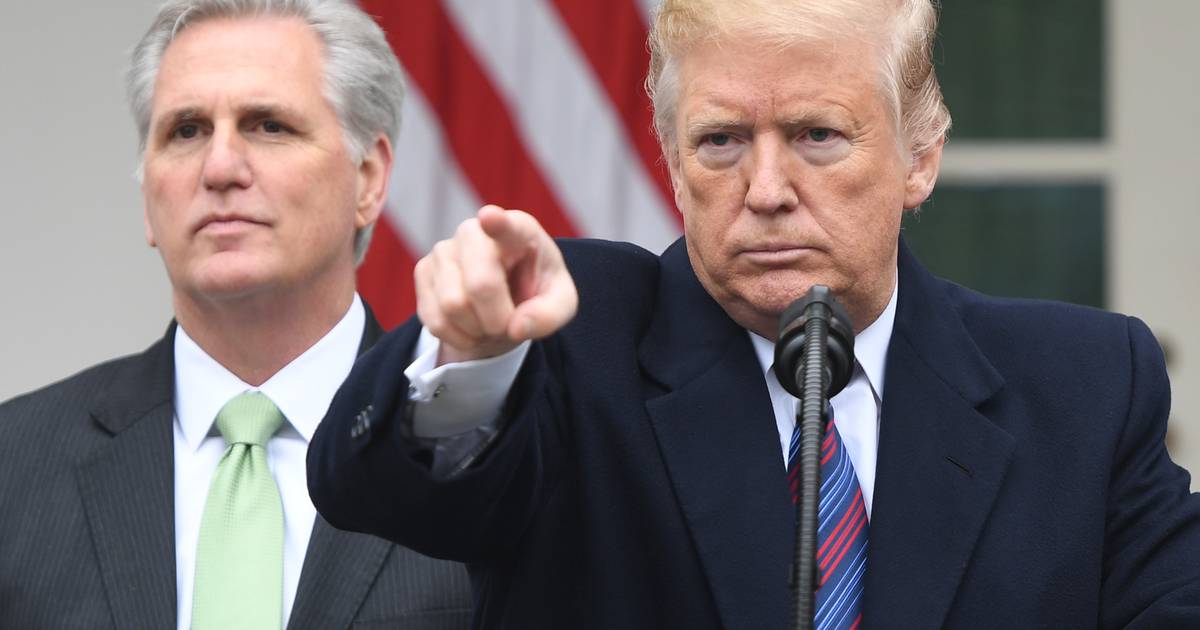 McCarthy had the main GOP caucus boycott the committee and pulled Liz Cheney off of the Conference chairmanship over it because of how scared he is that the Trumper members will vote against His Precious ascent to the speakership. Now he is being called a fool by Trump for not having someone in there to defend him and disrupt the proceedings.

Didn’t Trump support the NC choose your bathroom of choice law? At least until it didn’t play well with his base?

Well, that’s the fundamental problem with Trump. It doesn’t matter what you say, it matters what you do. Hell, he said “I condemn White Supremacy” several times, but does that make him not racist?

Trump can say whatever he wants at any moment (and boy, does he!), but until those words are backed by actions, they’re meaningless. He’ll be saying something completely different in five minutes.