The Biden Administration: a puppy-hug in the making

Typical newly-elected Trumpican: finding running the government to be more difficult than expected. Same as His Orangeness four years ago.

Impeachment is hard you guys!

Apparently she managed to find her crayons and construction paper:

And I thought it would take a while for Biden to do something stupid.

Bloomberg - Are you a robot?

More fuel for their fire…

Can you explain what the “something stupid” is? Those of us who are robots can’t see your link.

I think Biden asked Michael Bloomberg if he was a robot?

I think that article is about putting Harriet Tubman in the $20 bill. I’m not sure why that’s stupid though.

Are you serious? The only reason Andrew Jackson’s Ghost hasn’t killed us all is the fact that we have continued appeasing him by using his likeness on our $20 bill.

Why not put both their faces, side by side, on the $20? Then everyone will be happy!

This is not something you announce in the first week. Its not like the furor has died down at all with the masses likely to take aim at Democrats, literally. This is something for 2nd year, when you have some policy wins under your belt.

Unless the intention is to stir up racist, violent sentiment in an unhinged and well-armed population that still believes you stole the election from them and give them yet another rallying point, this was stupid.

If that IS the intention…well played!

Just a peeve of mine, but I am afraid that we are going to see the same to problems we had under Obama when it come to critiques of the Biden admin

In other words, the only bad things that will get widespread discussion will be right wing nonsense.

And I thought it would take a while for Biden to do something stupid.

Bloomberg - Are you a robot?

More fuel for their fire…

I’m not really sure what you’re saying. Should he not do this because racists don’t want him to? Or, because you think it will distract from other stuff? Because it’s not like it will be his main focus or anything, just an announcement and some committee somewhere.

If it’s because racists don’t want him to do it, well, fuck the racists.

But don’t you see, the U.S. is a deeply conservative country (ignore high approval for leftist policies like UHC, justice reform, etc.) and the more left of the two major parties only won the election due to a combination of luck and reaching out to right (never mind that Republicans were more likely to vote for Trump this time around) and therefore must start immediately compromising by offering half of everything the other side wants up front. That will put them in a great position to get a few years of bi-partisan (read slightly more center than right compared to what the Republicans want) wins, after which surely they will gain even more seats in Congress as their base is energized by getting almost nothing and moderates will flock over as they show how well they compromise with the far right.
And once they have a super majority, they can really buckle down and compromise.

Which is pretty much what Obama thought. Remind me how the 2010 midterms worked out for him.

Why not put both their faces, side by side, on the $20? Then everyone will be happy!

As a clear contrast, remember when Trump delayed declaring emergencies in Democratic states that had governors or voters that did not kowtow to him?

Biden did not request conditions when declaring an emergency for Texas right away.

We have another major Biden scandal. 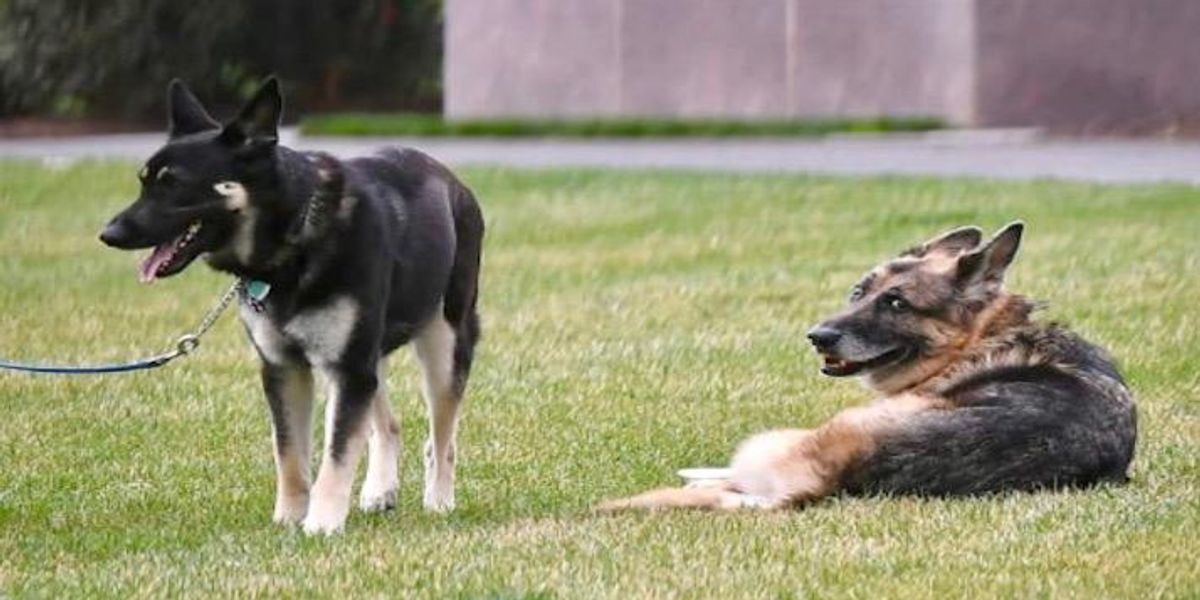 The Bidens' rambunctious young dog Major is leaving the White House again, this time for extra schooling in how to behave more like a presidential canine.Michael LaRosa, a spokesman for First Lady Jill Biden, said Major would "undergo some additional...

Why is Biden still in office? Hasn’t this impeachment thing worked yet? WTF, Greene!

I think that article is about putting Harriet Tubman in the $20 bill. I’m not sure why that’s stupid though.