That means the medical treatment will enable him to think clearly.

You know, like the joke about the guy who asked the doctor “Will I be able to play the violin?”

Welp, Melania bailed out of a rally in PA today due to lingering effects of The Plague: 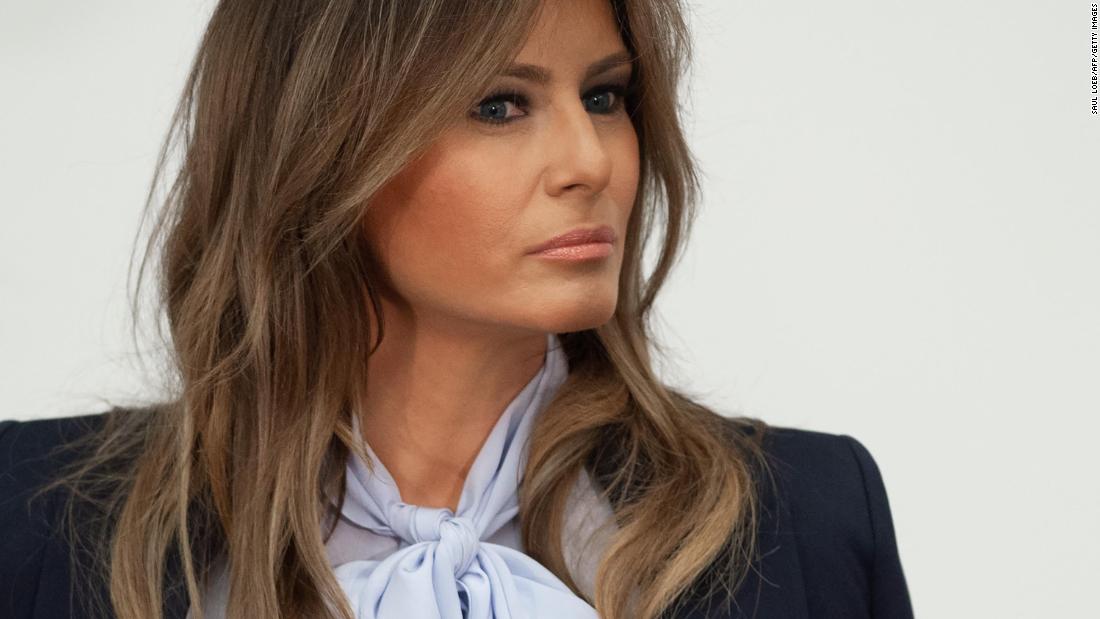 Melania Trump is canceling her first campaign appearance in months because she is not feeling well as she continues to recover from Covid-19.

She should show up at a rally with her famous jacket.

Or, “I never had it, neither did American contract husband. Do u?”

It could be a bit embarrassing if the divorce papers are served a bit earlier than the definitive election results coming in, kind of like how the Japanese government dropped the ball on officially declaring war just before hitting Pearl Harbor.

I haven’t seen this mentioned anywhere, and this seems as appropriate a place as any. The First Lady has posted an article on this subject. It’s thin on details, self-contradictory, and is notably divorced from any sort of reality.
https://www.whitehouse.gov/articles/first-lady-melania-trump-personal-experience-covid-19/

The First Lady has posted an article on this subject. It’s thin on details, self-contradictory, and is notably divorced from any sort of reality.

Why write an article when she can just wear the jacket that displays her opinion of us?

Wow. That sounds like it was composed by a warm human being. So, not Melanie, amirite?

I suspect the real Melania is about as cuddly as a sack full of quarters.

I just saw a picture posted of a letter signed by Joe Biden to a recently widowed woman who was receiving campaign materials addressed to her late husband. Many people commented that it probably wasn’t written by Joe himself. Likely true, but it expressed regret and referenced his own widower experience.

The point is that a staffer could “fake” Joe’s empathy by using his speech patterns, while Don the Con and everyone around him sound like ~2002 MacInTalk when reading someone else’s writing, especially when trying to convey sympathy.

The First Lady has posted an article on this subject. It’s thin on details, self-contradictory, and is notably divorced from any sort of reality.

Whores, in general, haven’t done very well in this pandemic.

As many hypothesized above, it turns out that Trump was considerably sicker than was being advertised.

" President Donald J. Trump was sicker with Covid-19 in October than publicly acknowledged at the time, with extremely depressed blood oxygen levels at one point and a lung problem associated with pneumonia caused by the coronavirus, according to four people familiar with his condition.

His prognosis became so worrisome before he was taken to Walter Reed National Military Medical Center that officials believed he would need to be put on a ventilator, two of the people familiar with his condition said."

I’m not surprised to learn this. After all, sick people are losers and Donnie can’t admit he might be one of those. You can tell he lost a bunch of weight after his bout with COVID. Still a disgusting pig, but less of a disgusting FAT pig.

History could have been so different if only . . .

The only thing was worse than how history actually unfolded would be if Trump had died a martyr.

Downplaying the severity of a disease, and then dying of it, doesn’t make you a martyr, it makes you a fool.

Although, not that it would make any difference to Trump’s supporters, who would doubtlessly claim that he only died because Hillary, who is a literal vampire, sucked all his blood out while he was in the hospital.