What was the last movie you saw that made you say "WTF?"

Not looking for internet lists or a long list of movies you’ve seen through your lifetime-just the last one that made your jaw drop and/or made you say WTF?
I just finished watching “Anyab” (1981) on Other Worlds Television. It is an Egyptian rip-off of “The Rocky Horror Picture Show”, with enough stolen music from other movies to make Godfrey Ho jealous, continuity problems worthy of Ed Wood, dance numbers, and even a Charles Grey/No Neck Narrator analog.

Been a couple years, but Nothing Lasts Forever. It was made in 1982 but was locked away until it made its debut on TCM not long ago (2015?). It’s…strange.

Lucy, the movie with the myth about how you only use 10% of your brain, starring Scarlett Johanssen. Laughable crap. 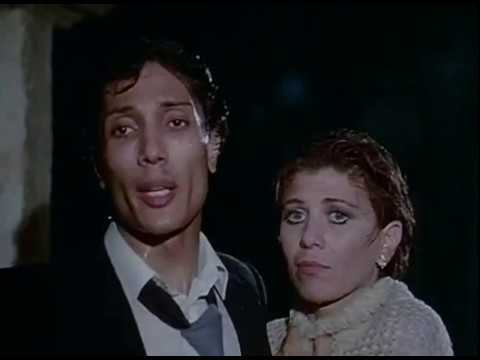 Sorry To Bother You. Way more WTF than the trailer let’s on.

Denis Villenueve’s Enemy, 2014. I’m really tempted to post the last scene of the movie just so you can see areal WTF, but presumably some of you still might want to watch it.

I saw THX 1138 back in May. I know a lot of 70s scifi movies don’t have strong and interesting plots but the WTF for me is still trying to figure out why people recommend it anyway because it takes the cake.

I hate to admit it, but you’re going to get a more useful answer if you asked when was the last time I saw a movie that didn’t.

Titane (2021). A female serial killer has sex with a car. Hijinks ensue.

Parody of wuxia films, by people who made their living with wuxia films. Bizarre, but hilarious. 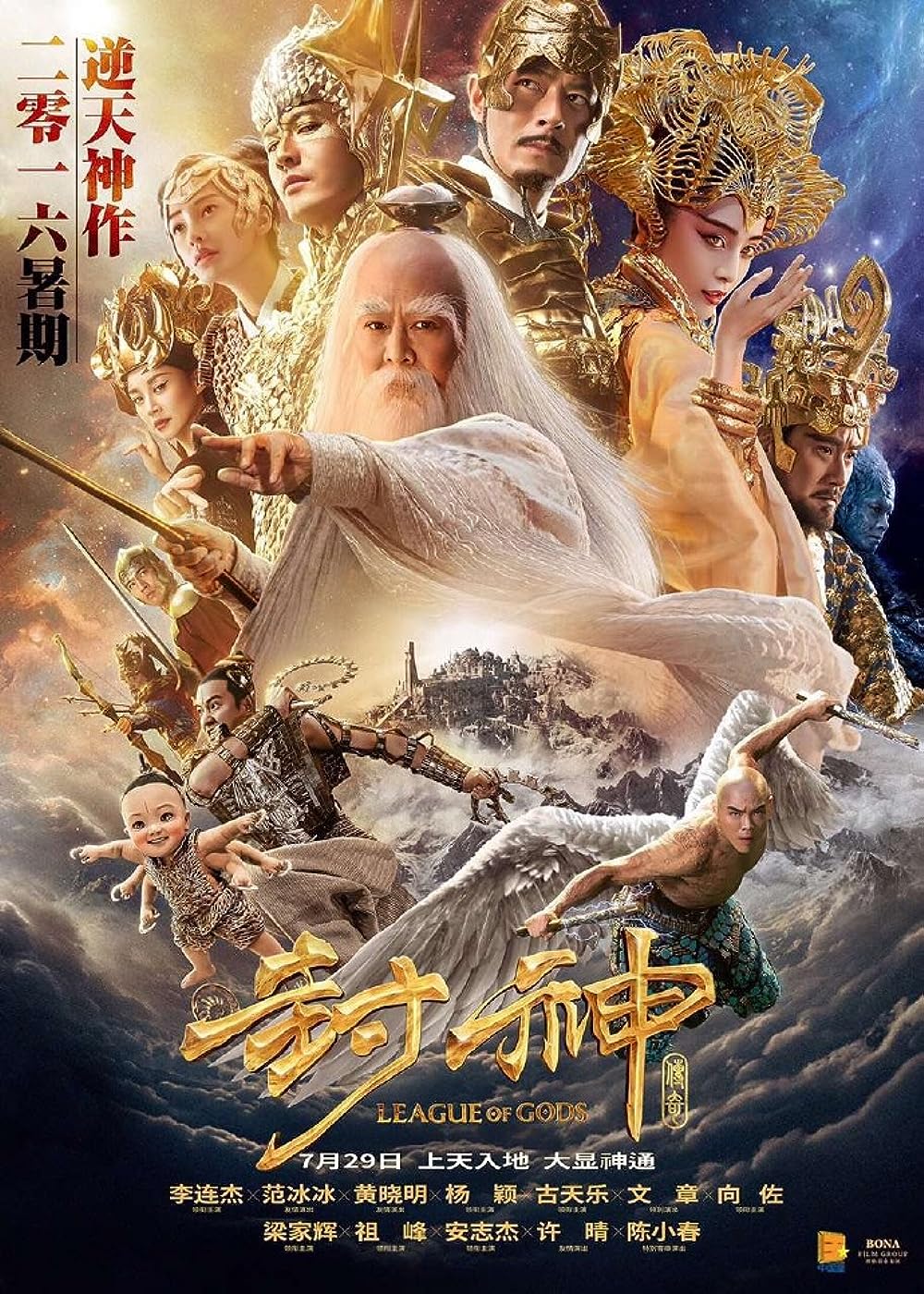 League of Gods: Directed by Koan Hui. With Jet Li, Bingbing Fan, Zhang Wen, Xiaoming Huang. Based on the 16th-century Chinese novel Feng Shen Yan Yi (The Investiture of the Gods), the story tells of how King Zhou of Shang becomes a tyrant due to the...

Relentlessly bewildering and CG-saturated over-the-top Hong Kong fantasy that gave the impression of being made up as it went along.

The main plot: the King has been bewitched by a tentacled demon babe and is fated to become the dreaded Black Dragon. They are opposed by Jet Li (cursed to de-age) and a lightning-wielding dude who seek the Sword of Light. There’s also a super-obnoxious baby who pisses and farts an undersea kingdom (including giant crabs) into submission. Plus: the awesome Sky Howler, a centipede attack, a giant panther, a clan that can teleport, an annoying plant that talks, great headgear, UFOs and numbing amounts more.

My tolerance of WTF for the sake of WTF has gone down a lot since I got older (as a kid I would happily watch the worst straight to video garbage if it was sufficiently messed up and WTF-ey). But RRR pulled off a good dose of WTF while still being an extremely entertaining watchable movie: 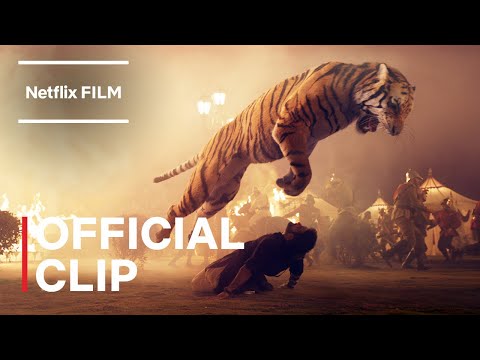 I mentioned the early Terry Gilliam film Jabberwocky in another thread. But its definitely pretty WTF. (not seen it recently though so doesn’t count I guess): 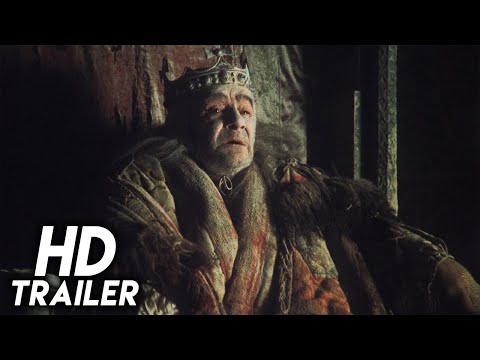 It takes a lot to ping my WTF meter… though this one just did.

HONEYDEW tells the story of a young couple (played by Sawyer Spielberg and Malin Barr) who are forced to seek shelter in the home of an aging farmer (Barbara Kingsley) and her peculiar son, when they suddenly begin having strange cravings and...

It was House of Gucci for me, which despite the star-power in the cast, couldn’t save me from turning off the movie after 45 minutes.

Tripler
I refer to that show as the ‘House of Gahhhkkk’

I somehow watched The Room all the way to the end a couple months ago. Yea, WTF.

The most recent “WTF?” movie for me was a (maybe) documentary that got a lot of press a few years ago, and I signed up for a free month of Hulu just to watch it. And what was it? “Cold Case Hammarskjold”, which really had no major revelations regarding the plane crash that killed Dag Hammarskjold, but as for the “other crime” exposed in the research? I highly suspect that the story was fake, because if it was real, it would make the Tuskegee Syphilis Experiment, or for that matter Dr. Mengele’s experiments on twins, look like a day at Disneyland. 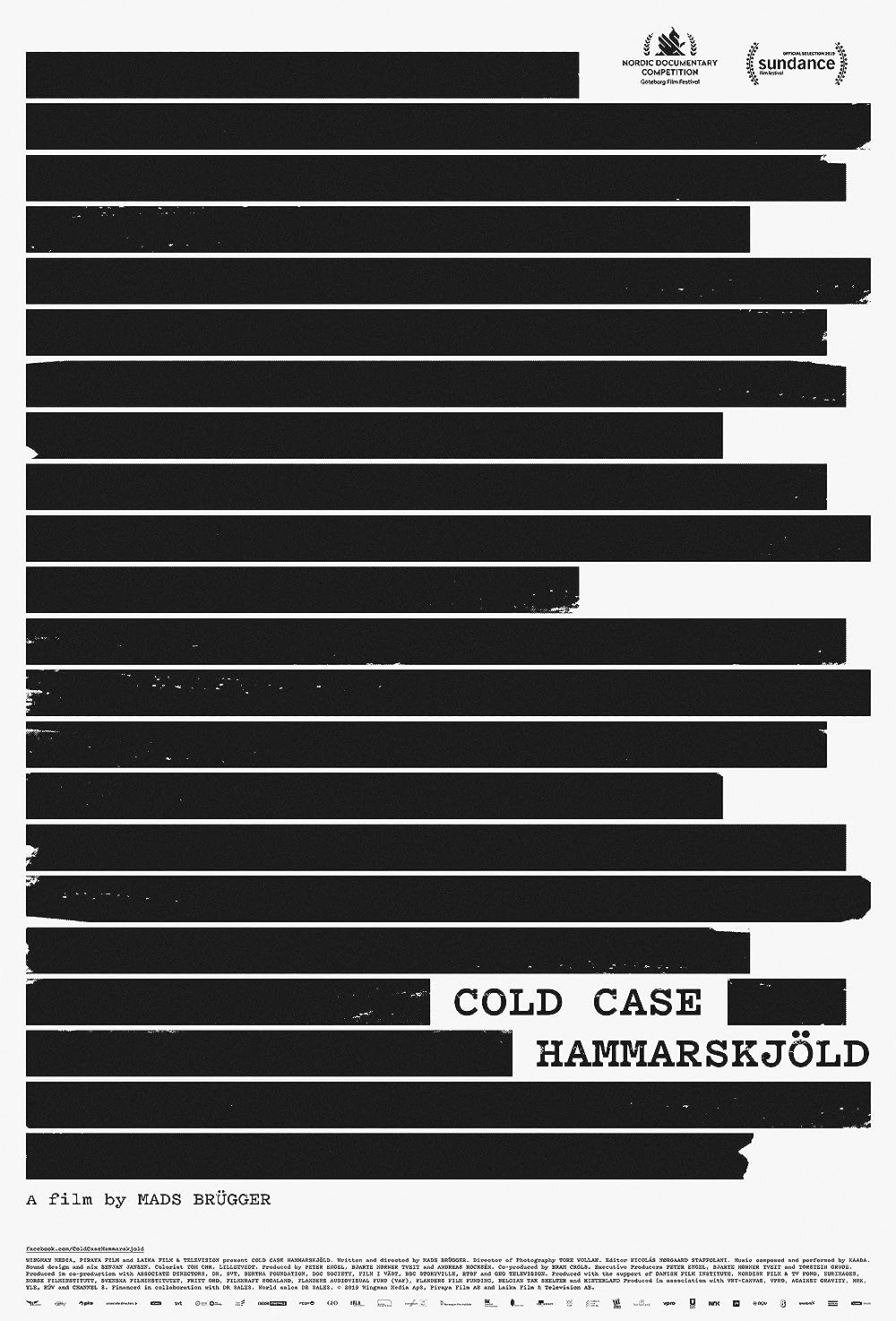 It was Cate Blanchett’s Manifesto (2015)–the only movie I can remember paying for and then walking out of. A truly painful experience to sit through. No plot, hardly any character, nothing. Just Cate Blanchett in a dozen different settings reciting the texts of different manifestos intercut with each other. No commentary about them, no analysis, practically zero interaction with other characters. Horrific. I’d recommend it to the Spanish Inquisition as a form of torture. Manifesto is a 2015 Australian-German multi-screen film installation written, produced and directed by Julian Rosefeldt. It features Cate Blanchett in 13 different roles performing various manifestos. The film was shot over 12 days in December 2014 in locations in and around Berlin. The film premiered and screened at the Australian Centre for the Moving Image from December 9, 2015, to March 14, 2016. A 90-minute feature version premiered at the Sundance Film Festival in January 2017. The film ...

The Tree of Life, the Terrence Malick film starring Brad Pitt, Sean Penn, and Jessica Chastain. I felt my brain leaking out of my ears as I attempted to watch it.

The Lobster was kind of weird, but I liked it. (Hardly obscure, though.) The Lobster is a 2015 European surreal black comedy dystopian film directed, co-written, and co-produced by Yorgos Lanthimos, co-produced by Ceci Dempsy, Ed Guiney, and Lee Magiday, and co-written by Efthimis Filippou. In the film, single people are given 45 days to find romantic partners or otherwise be turned into animals. It stars Colin Farrell and Rachel Weisz as a man and woman who attempt to form a relationship. The film is a co-production by Ireland, the United Kingdom, Greece, It was se...