The capital of Nevada is Carson City.

Apple pie is better with ice cream on top.

Pit threads with no context tend to earn ridicule.

It loses impact if you can’t even swear without sanitizing it.

Ah, he dislikes being called an idiot.

Don’t phlounce off CB, I want to toy with you a bit.

Ah, he dislikes being called an idiot.

Especially since he seems to want to attract even more attention to the fact.

How can I trust the good judgment of someone who starts threads whining about how muslims “freak out” over dogs?

You know who are real phukheads? People who insist on owning those fucking annoying pugs.

Well, now, he has something of a point, there. I mean, with an economy of effort, **Richard Parker **has earned a reputation for wildly exaggerated rhetoric and an emotional texture that swings, moment to moment, from maudlin sentimentality to a vicious and sarcastic insult.

Guy’s a wild man, might say any damned thing! Yosemite Sam on meth, totally out of control!

Hey idiot, can I be a phuchhead too?

According to Urban Dictionary, I think it’s actually a compliment.

You know who are real phukheads? People who insist on owning those fucking annoying pugs. 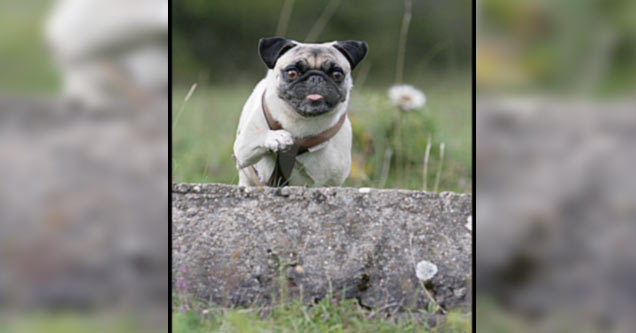 Oscar The Pug Misses The Jump

Pug tries to jump a downed tree and faceplants right into it.

Pugs are mutant dwarf land-manatees pretending to be dogs.

No they aren’t!
Zoid sat in for a few sessions but preferred to stick with his solo career.
Richard Parker can’t carry a tune and has never done more than help us as a roadie.

Get your facts straight!