Starts September 10 (yikes that is quick)
I propose that we do open spoilers. though announcing which episode we are talking about would be appreciated (so I can stop reading when folks get ahead of me)

Read online that (blurring because it is pre-air info)

Sounds like this is planned to be the last season.
Brian

Given that Lucifer is now God I’m not sure there’s many more places to go with the show. But I’m OK with being pleasantly surprised.

I’ll watch, but I think the show jumped the devilfish a while ago.

I am sooooo looking forward to this. So, is the plan to discuss it one episode at time? How do we manage that? Separate threads might be better.

I’m not sure there is enough interest for 10 threads, but if that is what the membership wants so be it.
I for one will not be binging all the episodes at once (he says with some conviction) – most likely max of 4 episodes in a week so I assume folks will soon be ahead of me so I’ll either avoid this thread or be spoiled I guess. If folks put which episode on the 1st line of their reply I could just scroll past spoilers…

Again whatever the membership wants

II’ll just note my thoughts on the e6s1 in spoiler tags where necessary. I liked the ep, even though I can see that the show begins to get old. The humor still works for me.

The mystery was fairly simple and the ep seems more intended to set up the plot lines for the remainder of the season.
In particular the tension within each of the three couples. And the final shot of the new queen of Hell. Who the hell is she? I must be overlooking an obvious candidate.

Watched all 10… still not sure if I like the resolution.

The mystery was fairly simple and the ep seems more intended to set up the plot lines for the remainder of the season.
In particular …And the final shot of the new queen of Hell. Who the hell is she? I must be overlooking an obvious candidate.

Okay, who had “daughter from the future” in the pool?

Kid from the Future - TV Tropes

I watched the first two episodes. If Carol ends up hurting Ella I shall be very mad.

Finished the season. Thought it was much better than season 5.

Okay, who had “daughter from the future” in the pool?

Kid from the Future - TV Tropes

So she’s the young lady in the forefront of the picture, with Lucifer in the background, that Netflix has for show.

Have watched the entire run and I have to say that is one of the most satisfying wrap ups of a series I recall. I’m sure it won’t please everyone, but I am a happy customer.

How did French Bad Guy (I’m not going to bother googling his name) come up with an army of disposable Mooks on almost zero notice?

(And here are some colorful emoji to make my spoiler blur intriguing.)

Vague answer, he had hours to get his old group together. He was the leader.

I cannot say I was expecting Paradise Lost, but I feel opportunities were squandered, considering the source material (Satan! Mythology! Religion!), even compared to the comics many of the plot points were “stolen” from.

Not to get too deeply into it, but compare the “feel” of the following dramata:

Problem: the world is coming apart at the seams because humans are having their wishes granted.

TV solution: Lucifer convinces Amenadiel to become God and take care of it.

Comic book: Heaven begs Lucifer to take care of it, and to name his price. After investigating by hook and by crook, including in the depths of Hell, Lucifer manipulates a troubled young woman into guiding him to an antediluvian underworld in order to slay some primordial gods. [Whether or not it be as cool as it sounds, at least they were trying for the crazy stuff]

I’ll just point out that Lucifer the TV series at its core was about the relationship of Lucifer and Chloe, not the mechanics of running the universe.

mr ellis was not kidding when he said in interviews that the ending was bittersweet and he thought people would feel gutted… i’ve never felt like this about a tv show or movie, books, yes, i have been haunted by books. never a tv show, just gutted.

A completely happy ending for everyone would not have fit the show. However, I am satisfied with everyone’s ending.

Also, where/how Lucifer ends up changes how I see some other scenes earlier in the series. In light of the end part of the very last episode this scene from way back in season 1, episode 8, reads as foreshadowing of Lucifer’s character development and not just Lucifer being a dick. 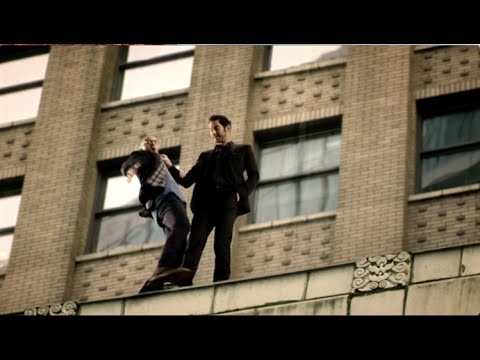 I liked the to do list at the beginning of ep 9, where it said ‘Check in on Father Frank’. He was my favorite side character. A pity he couldn’t make a brief appearance.

They did imply everyone had an everyone-lives-happily-ever-after kind of ending, though.

Sure, you see some characters—Chloe and others—die, but moments later you see them smiling and laughing in heaven/hell, so I guess no big deal? Maybe someone mandated a “happy ending”? Not that there is anything wrong with that, but (I know I am belaboring the point) compare the sequence of scenes in the comic book version: Lucifer’s kid tragically dies in his arms— brief interlude— then is seen in a mysterious afterlife, standing alone.