It’s down to 1%, which is as low as it goes while there’s still players on the field. My hunch is that the prediction doesn’t update constantly. Probably runs every 15 or 30 minutes or something because it’s resource intensive and when you looked his his last big play hadn’t been factored in yet.

I’m pretty sure the projections are live. They definitely are in stat-tracker, but I think they update live on the website too.

That is very strange, with the 3%. The yahoo projections usually make good ense, and that should definitely be a 99% to 1% prediction. I have no explanation for it.

Good luck with him. He’s currently WR #43, with one very good week, and a couple complete duds. Hopefully, for you, when Fitz finally retires (tear shed), he’ll be the #2 WR in a high scoring offense. But when they traded for Nuk and professed love for Isabella, I figured he’d be a #3 WR with boom or bust potential. And I can find those guys anywhere. What I can’t find is a very good rookie QB that I’m convinced will be a stud with the last pick of the second round.

Admittedly, I traded Robinson (and Noah Fant) away for what amounts to Kenyan Drake and Jimmy G, which was a mistake, and I kind of fell into Herbert. Also, Zack Moss was my first-rounder and hasn’t done much.

With Chris Thompson hitting IR, JK Dobbins and Jordan Howard on bye, I literally had no one on my team to stick in the RB2 slot. I had to pick up a random dude off waivers.

Thanks for dropping Logan Thomas so you could increase your QB depth last week. Ian Thomas has been a complete bust and I’ve barely pulled any points at TE. The 12 points so far today are looking good.

That is a totally fair way to rub it in. Logan Thomas hadn’t scored more than like 4 points in a month, though, so he was on the chopping block anyway.

Wow, what a finish! I swear, my office looks like this on weekends: 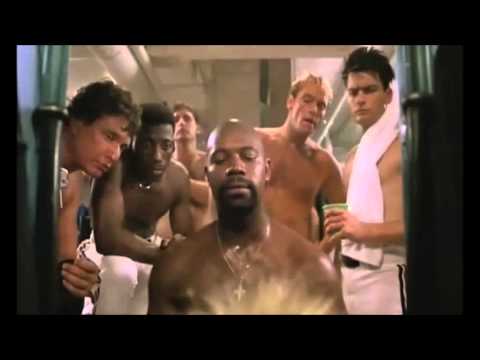 Tyler Lockett almost saved me this week with an amazing 200 yard / 3 TD performance, but even he couldn’t make up for the suck the rest of my team did this week. I thought my division was weak enough this year that I could sneak into the playoffs, but at 2-5 it certainly doesn’t look like it.

2nd in total points in the league, despite losing the #1 WR in the league, my #1 RB and #3 RB, and having two games lost due to in-game injuries. And I’m fucking 2-5 with #1 points against. My injury/points against luck in this league is crushing me once again.

Didn’t we have a D/ST trade? I might have even been a party to it.

Yes, I gave you a second round pick for the Denver defense when they were really good. Trading defenses makes more sense than trading kickers, I think, but that’s still rare.

I sent Stephen Gostkowski to Varlos for a draft pick a few years back.

It was 2014 and I saw something in Charles Sims. I always thought he was going to pan out.

Looks like Gostkowski is a free agent now if anyone wants him.

Well, I’m already behind the 8 ball with Ridley getting hurt, only 5.7 fantasy points on a night I was hoping he’d light it up

Hunter Renfrow - IN
Josh Reynolds - IN
Chase Claypool - IN

I could be doing better, too.