"Shame" snacks you'd never admit to enjoying, outside of the anonymous intertoobz

Cottage cheese with syrup (and none of that fancy ‘real maple’ stuff - Log Cabin or similar).

It’s actually been years since I had it - my dad used to do it and so I tried it and liked it also.

I also don’t keep semi-sweet chocolate chips around - eating them by the handful is not good for my formerly trim figure.

Does anyone else eat Philly cream cheese “neat”?

That reminds me of a snack a friend turned me on to about 50 years ago - Philly cream cheese with chives. It came in little packages, probably 3oz size or so. Eating one of those straight up was heaven.

I don’t think they manufacture it that way any more - you can buy tubs of chive-flavored cream cheese spread, but that’s not the same. This was straight cream cheese with bits of chives in it.

Uhhhh … I kinda think you’re supposed to unwrap the pieces before you put them in the sandwich. Plastic melts in a frying pan…

I was joking, of course.

I gather “Deli Deluxe” differs considerably from the standard Kraft singles? (I always buy the thick slices, but I use them mainly in grilled cheese sandwiches and cheeseburgers.)

During ‘eggnog season’, which seems to start earlier every year, I succumb to my addiction to store-bought eggnog, which is apparently half plastic and half corn syrup. Since no one else in the household will touch the stuff, I chug it from the carton.

I’ve had so many fancy-schmancy eggnog recipes, none compares to Mayfield store-bought. And I’m sorry, but I think anyone who puts any kind of liquor in eggnog is mentally deficient. Even when I was a raging alcoholic, that’s the one alcoholic beverage I wouldn’t touch.

The trick is to mix the liquor. Rum/bourbon/eggnog is a nice combination. So is rum/brandy/eggnog. Especially when you get to the Penny stage. 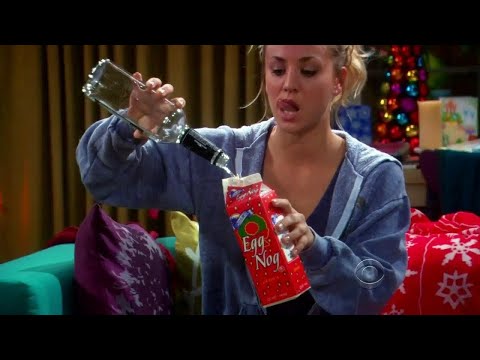 Also, I pretty much exclusively prepare hot dogs in the microwave. It takes less than a minute and there’s so much fat and water in the bastards that you can get a Maillard reaction out of them

Please, teach me your ways.

I nuke the dog for 20 sec or so (and maybe toast the bun over an open gas burner) but Maillard reaction? Never.

These little chopped & pressed hams are indistinguishable from canned catfood and are delicious. They’re like a softer, blander Spam:

Right now I’m breakfasting on a tin of Russian “Homestyle Ham” that’s just a fatty version of Spam. Darned tasty with fried eggs, but you need something acidic like orange juice to cut through all the grease.

I don’t think anyone has mentioned eating Spam right out of the tin, another of my Army C-rations!

I nuke the dog for 20 sec or so (and maybe toast the bun over an open gas burner) but Maillard reaction? Never.

20 seconds isn’t long enough. You wanna go for at least 40-50 seconds per frank (longer if it’s a bigger one - I like the Nathan’s 1/4 lb. dogs and those need more than a minute in the microwave), so the fat in the dog has enough time to heat up and do its thang. Cut four or five shallow slits along one side about an inch apart, then flip it over and do the same to the other side. Put it on a paper towel, set it at the outer edge of the rotating glass plate (this is key - you want it exposed to the hotter outer edges the whole time rather than the cooler hole in the center) and turn it over about halfway through the process.

You’re not gonna get the same kind of char you’d get from cooking it in a skillet, but you should get a similar effect to briefly dipping it in a deep fryer.