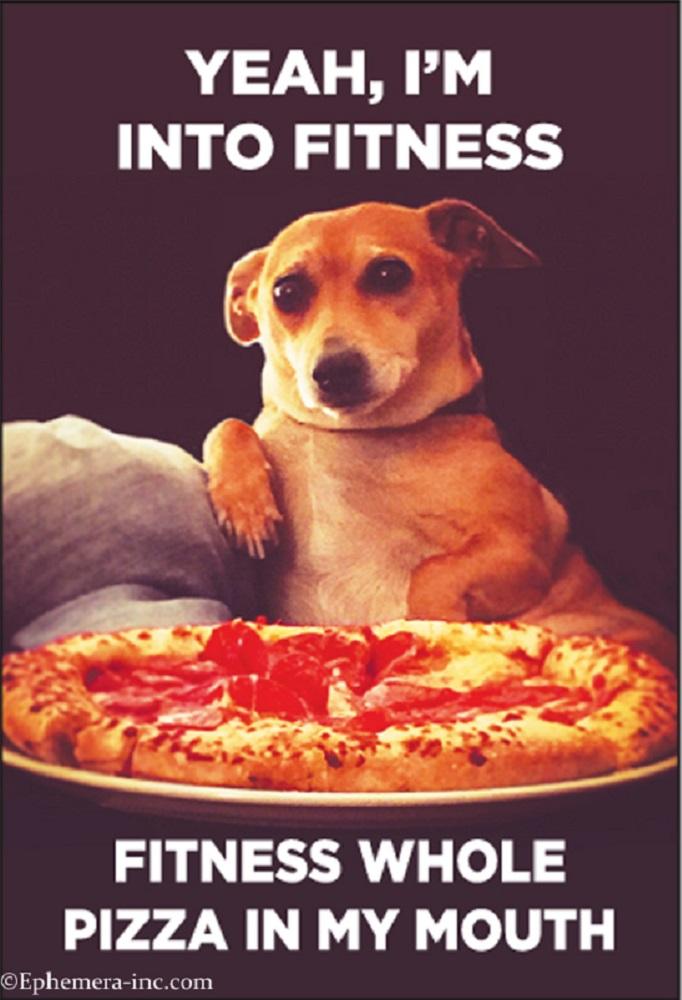 Rectangular magnet reads: "YEAH, I'M INTO FITNESS. FITNESS WHOLE PIZZA IN MY MOUTH."Size: 2" x 3"Note: @Ephemera-Inc watermark on the image does not appear on the actual magnetBy Ephemera

(What Would Jesus Drive?)

From “What Would Journey Do?” by Bill Wasik, in the September 24, 1998, issue of The Weekly Week, a humor magazine published in Somerville, Massachusetts. “W.W.J.D.” bracelets were created in 1989 to encourage teenagers to ask “the question ‘What...

(What Would Jesus Drive?)

In the version of “Battle Hymn of the Republic” that we sang in grade school, it was a 1960 Ford.

I asked the librarian for a book on paranoia.

She said, ‘It’s right behind you!’

Jesus’ dad had a Honda as well, and it must’ve been pretty fully loaded because Jesus liked to talk about it a lot: “for I speak not of my Accord, but my Father’s”

He also had a Plymouth, because he drove the money changers out of the temple in a Fury.

I asked the librarian if she had the new book about living with a small penis.

She told me she didn’t know if it was in yet.

My wife said that sex is way better on holidays

Not the best postcard to get.

Here’s a picture of me with REM

That’s me in the corner.

My ex texted me, “Wish you were here.”

She does that every time she walks through a cemetery.

Trump dies from the virus. He goes to Hell where the Devil is waiting for him.

“I don’t know what to do,” says the Devil. “You’re on my list but I have no room for you. But you definitely have to stay here, so I’ll tell you what I’m going to do. I’ve got three people here who weren’t quite as bad as you. I’ll let one of them go, but you have to take their place. I’ll even let YOU decide who leaves.”

Trump thought that sounded pretty good so he agreed.

The devil opened the first room. In it was Richard Nixon and a large pool of water. He kept diving in and surfacing empty-handed over and over and over, such was his fate in Hell.

The Devil led him to the next room. In it was Liz Cheney with a sledgehammer and a room full of rocks. All she did was swing that hammer, time after time after time.

“No! I’ve got this problem with my shoulder. I would be in constant agony if all I could do was break rocks all day!” commented Trump.

The Devil opened the third door. In it, Trump saw Bill Clinton lying naked on the floor with his arms staked over his head and his legs staked in a spread-eagle pose. Bent over him was Monica Lewinsky, doing what she does best.

Trump looked at this in disbelief for a while and finally said, “Yeah, I can handle this.”

Guy calls the hospital to ask about his pregnant wife but accidentally called the cricket stadium. He asked “how’s the situation?”. He was shocked and nearly died on hearing the reply: “Three are out, hope to get another seven out by lunch, last one was a duck.”

What is the most unrealistic part of the newest James Bond movie?

A Brit with a full petrol tank.

Reviews are in for the Chinese flag.

Mother : “holding a newborn child” you have my eyes

Father : and my smile

Aragorn : you have my sword

Legolas : and you have my bow

Nurse : Can we get security in here please , they are back again!

I apologize in advance, but this just showed up unbidden on my Facebook feed.

I had a t-shirt with WWJD? emblazoned across the chest … in smaller letters underneath it said, “What Would Janeway Do?”

I loved that shirt, although it did occur to me that I was probably mistaken for a Jesus freak occasionally, if I passed by too quickly for people to read the fine print or they didn’t bother.

“Anything these days,” I told my wife.

She frowned at me.

“I don’t understand. Explain?” she asked.

She sighed and shrugged.

“Are you crazy, honey?” she asked.

“Please, snap out of it. What are you talking about?” she asked.

“Look…Come on. Tell me what you mean!” she asked.

There was a pause.

“Anything these days,” I continued.

At this point she was enraged.

“Forget this!” she yelled. “I’ve had enough of your nonsense. What on Earth are you playing at? Have you lost your mind? Goodness! You’re driving me insane!”

There was a silence.

“This is the world we live in,” I concluded. “You can’t say anything these days without offending someone.”

Mick Jagger walked in to a bar, and nobody noticed.

Because you can’t always get what you want.

My Gran barely recognises me after I’ve been staying in Chernobyl for a few months. 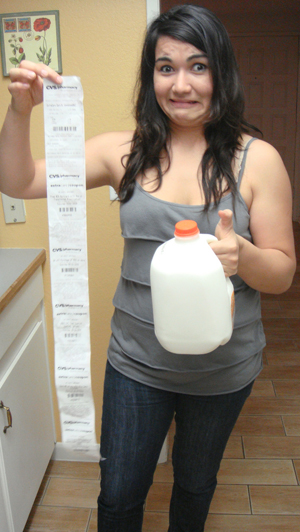 So true. Most of it is coupons for similar products to the ones you just bought. CVS incorporates the mind map approach for enticing customers to return.

Mick Jagger walked in to a bar, and nobody noticed.

For reference in case some folks don’t know it recently happened: