Larry Elder laments that Demas have been mean to the GOP for decades!!!

Talk radio host Larry Elder sounds off on Democrats' sudden change of heart on unity after decades of anti-GOP rhetoric.

I only ask this because I’m trying to ascertain the magnitude of this particular line of bull shit.

Does anyone know how long Biden had his mask off? I get the feeling he only took it off briefly as he was standing alone outside.

He had it off for the entirety of the address he gave to the public at the memorial. I’m not sure how long that was.

My roommate during an immunotherapy appointment yesterday put on Fox News, and even 20 feet away separated by a partition it was godawful. Well, the part where they aired Jen Psaki’s press conference live was fine. (Roomie growled “that’s a lie!” at her once, but whatever.)

I was idly wondering how I could persuade this stranger twenty years my senior to turn it off. Would complaining about cable news in general be effective, presenting it as a matter of taste instead of ideology? “I’m sorry sir, but it really stresses me out to hear people arguing about politics without end. Would you mind switching away from CNN or whatever cable news channel you’re watching?”

I mean, it’s not like I love listening to people argue endlessly on MSNBC or CNN either. So there’s some truth in the request. Would probably work better than yelling “that shit gives you brain worms ya know!”

(In real life I just went passive-aggressive and played some classical Indian music through my phone speaker to drown out the TV. I figured he just might be displeased on racial or religious grounds. ¯_(ツ)_/¯)

This is a ludicrous graphic. It has Foxnews as the rough equivalent of CNN or the NY Times. It has MSNBC further to the extreme than Foxnews.That’s just silliness and can’t be taken seriously in any way.

This site keeps popping up and I’ve already posted this elsewhere, but it seems appropriate in context:

Yes, the site rates their very own founder and CEO as right-leaning, so it shouldn’t be a shock that the ratings are biased.

We are the most comprehensive media bias resource on the internet. Don’t be fooled by Fake News sources. Search Media Bias. View Fact Checks. Breaking News.

(In real life I just went passive-aggressive and played some classical Indian music through my phone speaker to drown out the TV. I figured he just might be displeased on racial or religious grounds.

Back in the day of boom boxes I had a CD of Chinese opera that was … uniquely effective … at stopping other people’s nonsense noises. I can heartily recommend its effectiveness against all comers. 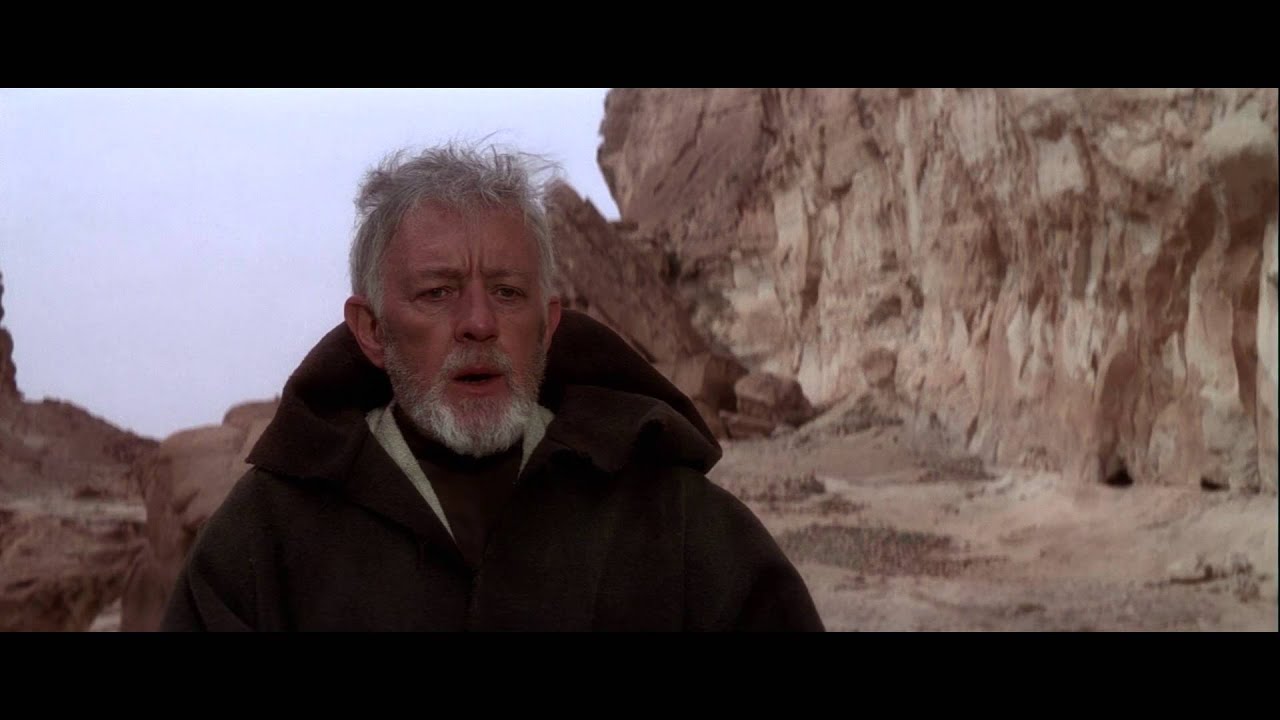 I haven’t seen this story mentioned in one of these threads yet:

Fox Settled a Lawsuit Over Its Lies. But It Insisted on One Unusual Condition.

Why did the network insist an agreement with the family of a murdered young man remain undisclosed until after the election?

TLDR (or if you don’t know how to get around the paywall): Fox agreed to a settlement with the family of Seth Rich for their promotion of the false stories about his murder being politically motivated. But as a condition of the settlement they required that no information about it be released until after the election.

Why the fuck would they do this except that they are consciously trying to manipulate the context of the political dialogue because of its effect on voters?

Predictably, Fox (I briefly typed “Tox”, which is eerily appropriate) is hyping any and all negativity about the new Administration - possibly the silliest example being their dredging up of an old comment Kamala Harris made in which she compared being holed up for several days prepping for campaign appearances/debate to being in prison (you see, she was insulting actual prison inmates).

I’m not sure how it’s “lying” to say that Biden canceled the Keystone pipeliine, or that calls for “unity” by his Administration are mostly bogus. Democrats are far more concerned with reaching party goals than making nice with Republicans, which is as it should be.

“Unity” and an end to red-blue confrontation sounds swell, but returning to a mythical state of mutual civility isn’t in the cards.

that calls for “unity” by his Administration are mostly bogus.

returning to a mythical state of mutual civility isn’t in the cards.

Only so long as the Republicans refuse to be civil.

Years ago I had a bit of a girl crush on Maria Bartiromo when she’d conduct interviews and live reporting on the floor of the NYSE. Bartiromo, who went all-in on election fraud and her support of the president, will soon get the keys to Fox's newest primetime show for a few days.

Meanwhile each talking head who has enough clout will take their try at shooting against the undefended goal of them being the next Limbaugh / Hannity / media kingmaker.

And each RW politician or wannabe politician is pulling the same move hoping to be the next Trump.

I’ve said in other threads that there’s a big angry crowd out there that’s just starting to get ideas about dispersing back to home and hearth. Time is of the essence to make a loud noise, attract their attention, and sell yourself as their new leader / thought leader / info source.

It’ll be an unseemly game of catch-the-greased-pig-that-lays-the-golden-eggs.

Like it or not we all have a front row seat.

Yes. And Lou Dobbs isn’t going anywhere either. Even though he’s the granddaddy of all the Fox ranters, starting with the racist immigration bullshit and birtherism. He was all in on election fraud too.

Fox isn’t going to change. It may even double down on the insane shit just to keep their audience from going over to NewsMax.

Judging by Tucker Carlson’s rants the last couple of weeks, Fox is just going to get Foxier.

I make a point to see what they are whining about every now and again, but it makes my skin itch after very little time. These people are such babies. Their victimhood is just unbelievable to see in grown ass people.

They way they will twist a story just makes me want to throw things. I wish they’d get sued more often when they outright lie. Maybe that would help.

Would complaining about cable news in general be effective, presenting it as a matter of taste instead of ideology?

That is my basic method of either defusing or precluding altogether attempts from some very conservative family or friends to “evangelize” their politics by forcing a debate or discussion.

As well, whenever they do somehow succeed in baiting me, I bash their “side” obliquely: not by their politics, but by bashing the various and certain cultural odiousness of some of the more well known and clownish standard bearers of their politics. I can sense the cognitive dissonance they have because on the level I present it, they know it’s true, but they are loath to bash anybody that might comprise their “team”. I do it with angry snark, not by coy smirking: that’s important. They know I’m being sincerely indignant, and not just trolling them.

Judging by Tucker Carlson’s rants the last couple of weeks, Fox is just going to get Foxier.

Well, now they’re in their preferred position, complaining about someone else in power, rather than where they previously were, which is the uncomfortable paradox of wanting to position themselves as the persecuted underdog despite being in total control and therefore responsible.

Biden has already signed close to three dozen executive orders making some important and controversial changes to national policy. It’s his right to do so (and previous Presidents have acted similarly), but it doesn’t quite fit in with the image Biden promotes of being the Great Reconciler.

Democratic leaders are in a state of major pissoff, much of it for good reason. If you think Biden has the conviction and leadership capabilities to convince fellow party members to seek cooperation with Republicans, think back to that time during the race for the nomination when Biden talked about being a guy who could get things done by working with the opposition on important issues, even if the person across the aisle was a racist. He was immediately attacked for that statement by other candidates and sure enough, he backed down quickly.

Whatever spirit of cooperation moves him now (as opposed to playing to the cameras), it won’t survive the fury of his colleagues.

Better get out your hip boots, the muck is going to get deep.

Biden has already signed close to three dozen executive orders making some important and controversial changes to national policy. It’s his right to do so (and previous Presidents have acted similarly), but it doesn’t quite fit in with the image Biden promotes of being the Great Reconciler.

Reconciliation is not Capitulation. If the Republicans are not willing to budge an inch, and in fact are trying to move even farther away, then what would you have him do?

Mostly trying to undo the colossal fuck ups that Trump did when he first took office.

The unity will have to wait till the democrats get over their republican brethren being complicit in plot that would likely get some of them killed.

Don’t lie, now. Even now, there are lot of rednecks who would like nothing better than to kill democrats and they are being spurred on by social media AND by congressmen. Even those republicans who actually refused to lie about fraud have received death threats.

Your opponents having a documented bloodthirst makes compromise a little iffy to start with.

If someone is openly trying to burn down your house, how and where do you meet them “halfway”?